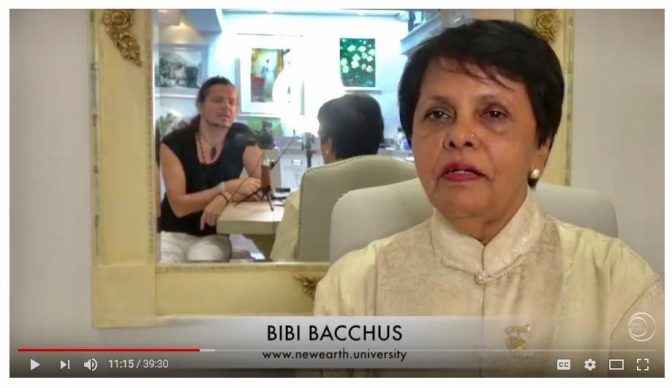 Please sovereigns we must wake-up before it is too late.

This scam of virus that is attacking the world was made in the laboratory and was released upon the world sovereigns. The elite want to control; and I am sure if you had to give your permission to be controlled, you will not agree.

I received an email from a client who would like to enrol in my UCC (uniform commercial code) Course. I was asked to explain about the strawman, which I did. She then proceeded to let me know that she had a conversation with a man (that she followed on Facebook) who told her that the entire UCC rights of sovereignty is all lies created to distract us.

I would like to inform you who are interested in freedom, that the elite have a plan for us, and we need to open our eyes and mind and let the energy flow to the truth. Go with your gut-feeling! Most people I speak to tell me that they know something is not quite right… but they do not know what to do.

At present we are being controlled by the coronavirus. By the time this is all over the elite will have an idea of what exactly they can do to us for that total control.

I would like to go back a few hundred years when the British went to America and took with them the small-pox made in a laboratory and killed over 50 million Native American Indians. They took their land and you do not hear about them, but you hear about the five million Jews killed by Hitler who was a son of Rothchild. The first and second world war plan created by the elite was for millions of soldiers to die as their blood sacrifice to their gods. Do the elite send their children to fight wars? [Only John Kennedy.]

They made us slaves. We are now voluntary slaves with a number attached to us.

We are born Sovereign.

Sovereignty is not something that was “given to us” – it is our birth-right! We came with free will, and the only laws we have to obey are the 10 Commandments. We have two masters: The Force; and the elite that try to control us. The Bible says that we cannot worship two masters, yet, billions of people do!

(I do not say “god” instead I use the word, Force.) King James made god into a fiction by spelling HIS name in all capital letters [GOD]. He was a paedophile and died of syphilis. People like him are elites. They tell us what to do and how to live according to their rules. And we, follow without questioning.

The Aids virus was also made in the lab. So is Ebola. Whenever they (elites) are ready to get rid of the Africans, they spread the virus… and after so many are killed, they find a cure. Then it reappears at their whim.

In England during the 1900s, children from the age of five had to work in the coal mines. They were poor and starving, so when there were too many of them starving while living in poor and unhealthy conditions, they released rats so that London had plagues – thousands died a horrible death.

As a retired nurse I worked in Florida at the VA hospital, nursing hundreds of soldiers on heroin. They were given heroin so they could rape and kill women and children in the Vietnam war. They told me it was a drug-war setup by their government. They were in contact with a chemical known as agent orange – all compliments of the elite. Over 50 thousand American soldiers died in Vietnam. Do we hear about them? The elite collected the insurance money that was placed on every soldier with their names written in BLOCK LETTERS, which consisted of billions of dollars that their families were never aware of. Check these head stones and you will find that the strawman is still making billions for the elites. Read the book, Spooky 8 by Bob King.

Now is a time for them (elites) to step up their agenda spreading this Co-vid 19 virus around the world to make their “one world order”. First, you will be so controlled that all of your credentials will be on only one card, as a social security number / passport number. Bank credit cards, driver’s licence, birth certificate number… everything with a number will be on one card. Here in South America they are claiming that we all have this virus spread by one person, which is fake news. This person is a lady-friend of the family and she died of a heart attack.

Now I would like anyone who is able to see what is the elite agenda to please not question what you are feeling, as it is meant for you to see. The saying is: Your eyes are open, but you still cannot see. Some people are here for the ride. If you can truly see, you are part of the Family of Bringers of the Dawn, the Family of Light.

The uniform commercial code (UCC) is a code that was set up to take – and make – trillions from the sovereigns by taking each personal name and turning that real name into a fiction. The scam was so carefully orchestrated over a period of time that no one ever took notice to its existence. It now dominates all of our lives from birth, to death… and beyond.

The elite are not under any constitution; they are under contract law. All governments in the world are corporate. Let’s look at England: the UK is a corporation and the United Kingdom is a country. The united states is a country spelled in all lower case; the U.S. USA U.S.A. AMERICA are corporations and are located in the district of Columbia as per the UCC. Everything we do is under contract. We are under colour of law DEFACTO. These are all given as compliments of the elite, who want to make us all permanent slaves!

The strawman is your name written in block letters, like this: MARY DOE. (IT IS ALSO A CORPORATION since all countries have corporate governments so they cannot interact with real people, so they made you into a corporation.) The banks belong to the elite so they own everything and everyone. They would like to own this hunk of real estate that they call earth, but we will stop them with the help of the Force. I believe in energy and whatever you believe, will happen.

The President of the US corporation has the power under executive order to shut down the entire country: close airports, cancel water, electricity, food supply, and place all sovereigns in work-camps. And congress cannot interfere for six months. FEMA has 14 thousand employees and billions of dollars and no one knows what it is for. Please don’t tell me they help in disaster. When Hitler placed the Jews in work-camps he put them in gas chambers.

Think about it and you’ll know that it is true that this virus was planned for us to kill people in countries all over the globe. Fake news is that they know exactly what they are doing. They – the elites – can use your strawman even after you are dead!

Your name is a flag as per the law of flags, proclaiming your rights standing in law and jurisdiction. When set forth in upper and lower case, your signed letters are in accordance to English grammar and therefore your name is a true name in law. Such a name (upper and lower case) signifies the real you having flesh and blood, being free with absolute unalienable rights. Mandated assemblage of BLOCK letters is something entirely different from your true name. BLOCK LETTERS signify such deception, and now comprise the fundamental legal device used to control not only America and the Uk, but the entire world.

The UCC is the uniform commercial code (which I have been studying and teaching folks for many years). Believe it or not dear reader, you are living under contract law and everything you own belongs to your slave masters (or the elite as you wish to call them, as my name for them is, scum of the earth). Even if you pay for your house but do not pay all the taxes, then they can take it all from you.

I can go on forever with the ramifications of these teachings…

At the online NewEarth University (NEU) School of Natural Law where I’ve been instructing students since 2018, I continue to share this important Wake-up Call to one’s inherent Sovereignty. I hope to see you in my Introductory UCC 5-week Course.