Walt Disney and the Hypnotic Power of Lullabies 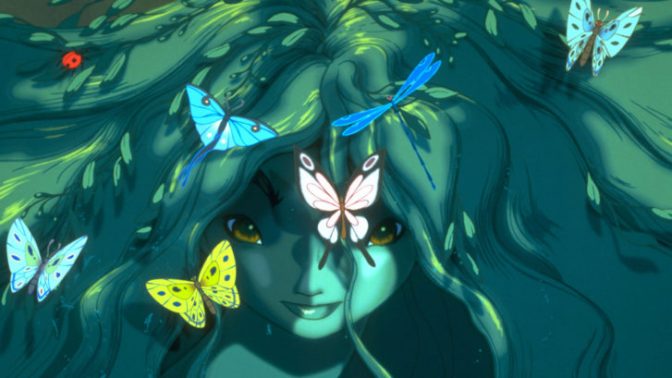 For the infant, the womb was the inner world. The parameters of reality seemed to extend no further than the womb. We hear sound and music for the first time while we are still gestating. Our ears develop around the second month and hearing begins around week 18, during which the steady beat of our mother’s heart is the most prominent sound. By the 24th week, we become more sensitive to sound and will react to musical stimulation. This means that we learn to hear the world long before we learn to see orthink about it. Popping out of our mother and into the world, other senses turn on and we begin absorbing information from the environment. Music continues to provide a vital link between the inner and outer worlds.

To understand the magic of music, we need to understand the art of lullaby and how it operates in the psyche of both mother and child. This short animated Disney film from 1933, Lullaby Land, shows a mother rocking her baby to sleep while singing the classic tune Rock-a-bye-baby. His thumb is in his mouth, an unconscious self-soothing technique and substitute for the comfort of breastfeeding. As she sings the lullaby, the baby drifts into sleep and begins to explore the inner world of his dreams.

Sleep has a restorative effect on the body. Issues that worry us during the day are temporarily pacified. The deeper emotional impact of these stressors can be worked out through our dreams. Often these dreams introduce solutions that our rational mind could not have come up with on its own, and these transpersonal healing elements were in early cultures attributed to God and the spirits.

Lullabies are considered one of the earliest forms of the magic song. The mother uses her natural powers of empathy and vocalization to alter her child’s consciousness, often from a state of distress to one of peaceful rest. Her ability to overpower the baby with gentle power creates a lasting impression and effects the child’s relationship to music.

In traditional Greek lullabies, mothers call upon Ύπνος (Hypnos), or Sleep, as a figure of magic, who is asked to take the baby in his arms and help him go to sleep. Sleep is associated with the Greek mythology gods Hypnos, the god of sleep, Thanatos, the god of peaceful death, and Morpheus, the god of dreams. In fact, in Greek, the word for sleep is Hypnos.

For a long time, music has been endowed with a seemingly magical power over human consciousness, beginning in our infancy and carrying on through the duration of our life. The word enchantment points at this deep correlation between music, singing, and magic. One is put under a spell or enchantment through the rhythm, melody, and intent of another being’s song. Children are easily hypnotized by lullabies; so are most adults.

Lullabies aid in the transition of consciousness from agitation to restfulness. In dying to the world, the child returns to itself. The mother symbolically slays her child through song in order to get some time to herself, which may have contributed to the themes of fate, doom, death, and strife that commonly appear in lullabies; when the bough breaks the cradle will fall and down will come baby, cradle and all!

Some cultures commonly associate lullabies with laments, due to their similar medium, usually sung by a woman, and by their common musical characteristics, such as descending melodic lines, elements of weeping, and direct, intimate delivery … Since the performance of lullabies typically occurs in private… they might also act as laments for a grieving mother who has faced many hardships, such as war and violence, the loss of loved ones, or poverty.

Walt Disney Studios published another animation in 1933 based on the centuries-old folk story of the Pied Piper. The piper’s song does not lure the children to sleep but it does take them away from their parents and into an imaginary world.

Here’s a quick summary to jog your memory; a lone minstrel travels to a city infested with rats and offers to use the magic power of his flute to drive the rodents away. In exchange he is offered a bag of gold. Having accomplished this task, the piper returns to town and asks for his reward. The townspeople respond saying “A bag of gold? But all you did was pipe a tune!” and they refuse to pay him.

To keep the children of this town from growing up to be greedy like their parents, the pied piper uses his musical magic to draw all the children out from their homes and into a secret cave, where they disappear forever. This story is based on an actual event that took place in Hamelin, Germany during the early 14th century. No consensus has been reached on what actually happened to the large group of children that disappeared in this town. This myth of the magic flute minstrel has survived as a sufficient explanation for over 700 years.

Is it a coincidence that in 1933, Walt Disney published both Lullaby Land and The Pied Piper?

The pied piper plays upon a magic flute, an enchanting object that appeared again centuries later in the Freemasonic opera by Mozart, called The Magic Flute. Freemasonry, as you probably already know, is a prominent European and American fraternal secret society founded in 1717 and believed by some people to exert an inordinate amount of secret influence over the political affairs of Western countries.

Walt Disney was a member of a Freemasonic youth organization called DeMolay International. Freemasonry operates on a series of degrees through which the initiate progresses, leading from the first through 33rd degrees. At least two Disneyland theme parks, located in New Orleans and Japan, feature a private lounge called Club 33; this is the only place on the premises where individuals can purchase and consume alcohol. Although Disney has not publicly attributed the club’s name to the 33rd degree of Freemasonry, the connection is obvious. Like Freemasonry, Disney’s Club 33 grants special privileges to its elite members.

“I feel a great sense of obligation and gratitude toward the Order of DeMolay for the important part it played in my life. Its precepts have been invaluable in making decisions, facing dilemmas and crises, holding on the face and ideals, and meeting those tests which are borne when shared with others in a bond of confidence. DeMolay stands for all that is good for the family and for our country. I feel privileged to have enjoyed membership in DeMolay.” – Walt Disney

Criticisms launched at Disney range anywhere from reasonable to absurd. Scholars have complained that important mythological archetypes are commonly re-scripted by Disney movies. One example of this is the Little Mermaid, where the myth of Ancient Greek siren-mermaid who seduces and devours men is replaced by a male-dependent little girl who clings to a human man with romantic longing. Feminists have complained that depicting women in this way is an impediment to achieving social justice.

Other criticisms have come from fundamentalist Christian parents who don’t want their children to be exposed to the fantasies and demons depicted in many Disney films. Their fear of negative entities in the spirit world links in with their ignorance of how Freemasonry operates, what it is, and what kind of impact the organization actually has on big media groups like Disney.

The traditional fringe-conspiratorial interpretation of Disney and Freemasonry is one that seems to thrive a fear of the unknown. Some might say Walt Disney was the proverbial pied piper, using music to hypnotize children and strong imagery to draw kids away from the their parents’ reality, into the world portrayed on film.

Music has a hypnotic influence upon the human mind. Children are even more impressionable than adults. Music is a key ingredient in all successful children’s movies, and these movies could theoretically be used strategically by political factions to manipulate social behavior on a mass scale. Cartoons would be an effective place to covertly disseminate your party’s propaganda.

Movies are a kind of dream-on-screen. When properly executed, they simultaneously mirror processes that take place within the child’s psyche while also activating dormant archetypal forces.

The secret power of Disney is very closely linked to that of the lullaby; through the power of sound, animators bring their pictures to life and hypnotize the child into a state of passive receptivity comparable to a dream. Animators effectively become a surrogate for Morpheus, the Greek god of dreams. As such, they have a responsibility to create healing and empowering narratives, just as our own psyche would during a deep restful sleep.

Harmless as they may seem, children’s animations tap into a powerful plane of consciousness that must be handled with respect and caution. Misuse and abuse of this kind of power can lead to chaos. As Disney showed us in the Sorcerer’s Apprentice, we know what happens when powerful magical technologies fall into the wrong hands.

Despite all of this, it’s important to remember that humanity has a long history of incorporating dark themes into children’s songs and fairy tales. Disney movies are following directly in the footsteps of the myth makers who came before them. Rather than putting the blame on their production company, we should aim to understand the deeper psychological principles from which the animators draw their inspiration. Studying the relationship between music and magic brings us one step closer to understanding life’s riddle.