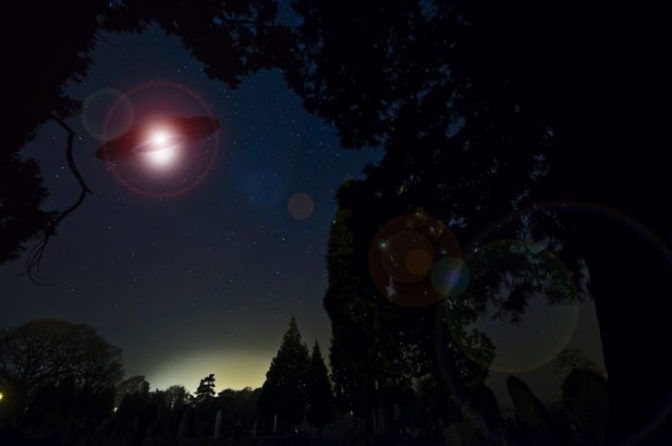 The show opens up with a short segment by Disney CEO Michael Eisner, but does not even question the existence of UFOs and a major UFO cover-up. In fact, at times it has a tone of ridicule towards those who still deny the existence of UFOs. The programming is highly strange, as the intention appears to be an advertisement for the Tomorrowland theme park – yet, it is filled with incredible UFO footage, interviews with abductees/contactees, former government employees, as well as scholars of the extraterrestrial enigmas we have yet to answer.

As far as “documentaries” on this subject matter goes, this one presents a pretty solid history on the timeline of “alien presence” on planet Earth, and surprisingly ends with a “hidden gem” alluding to the mushroom being intertwined in the narrative of the evolution of human consciousness/understanding we are not alone.

The film’s existence is acknowledged by the respected website of the Internet Movie Database, but you will not find it available anywhere for purchase, and those who tracked this incredible production state that it was shown only once, and with no advance notice on stations in only five US cities.

Considering the very limited showing and audience, and the highly unusual stance on UFOs taken, many suspect that this program was a probe to measure public reaction to news of the reality of visitation and interaction with various forms of non-human intelligent life on Earth.

Watch for yourself below, and be sure to share your thoughts on the Evolve and Ascend Facebook group.