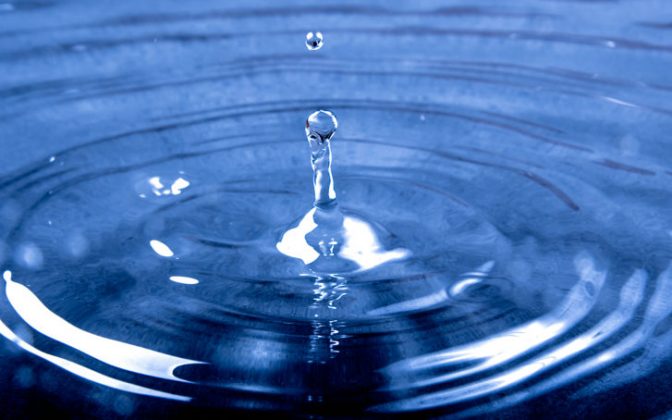 Every element can exist in three states: as a liquid, as a solid and as a vapor, which mostly depend on it’s temperature. This applies to water, too. So, water can be found as ice, water and steam. If water is cooled down below 0 degrees Celsius (32 Fahrenheit), it becomes ice, and if heated above 100 degrees Celsius (212 Fahrenheit), it becomes steam.

The temperature, at which a substance changes it state from liquid to vapor is called a boiling point, and it is different for different substances. This difference can be used to separate substances, and as such can be used for water purification.

The process is relatively simple: a) the dirty water is heated b) to the boiling point and thus vaporizes c) (becomes steam), while other substances remain in solid state, in boiler. Steam is then directed into a cooler d) where it cools down and returns to liquid water e) and the end result is a water, purified of additional substances found in it before distillation.

Distillation is an effective process and, what’s more important, it can be done with a lot of improvisation. You can heat water with whatever is at hand: fire, electricity, or whatever. You can use almost anything that holds water for a boiler, as long as you can direct the steam into a cooler.

A cooler can be a long piece of copper tubing bent into a spiral. All you need is something that will just cool the steam down. In a worst case scenario, you can distill water with an ordinary household pot and two pot lids. Boil water in a pot covered with the first lid.

After a while, you’ll see that the water in the pot vaporizes, and condenses on the lid (this is distilled water). Now replace the lid with the second lid, and turn the first one vertically, so that all condensed water collects at one point, and then pour it into a cup. Meanwhile, more distilled water condenses on the second pot lid, so just repeat the above steps again… until you have a full cup.

Distillation will remove from water almost anything, even heavy metals, poisons, bacteria and viruses. However, it does not remove substances that have boiling points at a lower temperature than water. Some of these substances are oils, petroleum, alcohol and similar substances, which in most cases don’t mix with water. Also, remember that substances removed from water remain in the boiler, so you’ll need to clean it up every once in awhile.

Distilled water can be used directly and does not need to be boiled again. As it is already hot, you can use it to prepare tea, or similar drinks.