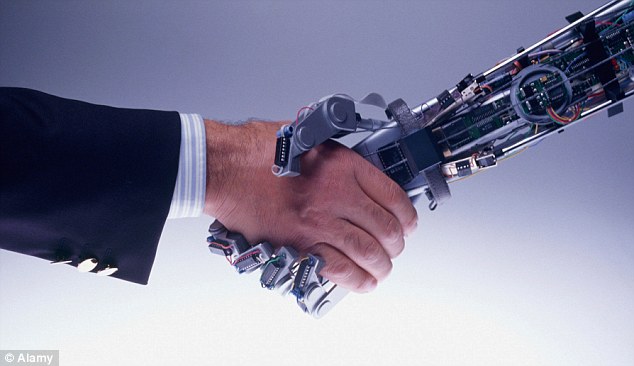 On September 29th, 2015 I attended the World Summit on Technological Unemployment. Featuring talks from Joseph Stiglitz (Nobel Prize-winning economist; Former Chief Economist, World Bank; founder, Initiative for Policy Dialogue, Columbia University), John Wilmoth (Director of the Population Division of the United Nations), Scott Von (psychoanalyst, physician, and philosopher; Founding Director of the New Clinic for Integral Medicine & Psychiatry), and many other remarkable minds (see full list here), the intention of this event was to develop an understanding of where technology is taking us and what kind of future we may be faced with when jobs become obsolete because automation replaces the need for human employment.

The goal of the Summit is to begin to catalyze a proactive partnership of the brightest minds in academia, government policy, industry, and the media so that they and we can construct a framework to define, measure, and ultimately craft solutions to the jobless future that increasingly faces our global workforce.

As a first step, we are going to send out the video webcast of this event along with associated reports and recommendations to the offices of all the world’s political leaders, to the leaders of finance ministries, labor ministries, central banks, and so on.

Our social peace, education system, industrial forecasting, social welfare system, tax policy, geopolitical alignments, and so much more are all at play. It is not an exaggeration to say that the very character of civilization itself is at stake…

Although each speaker throughout the day was different in their own respective delivery, thought, and opinion, the currents that ran through the discussions/debate followed a clear trend, focusing on the challenges, strategies, and actions needed now to begin building a foundation for when we may be essentially “jobless.”

As an ‘outsider’ looking in, the biggest problem it seems we are facing in building this new foundation lies in shifting the “shape” away from the existing model of society now. We are currently living in a paradigm where competition is encouraged in all arenas of life as we know it (politics, education, income, employment), and the media consciously (and subconsciously) perpetuates this thought pattern. It’s a constant battle of “us” vs. “them,” left vs. right, right vs. wrong, red vs. blue… we are trained to go from box, to box, to box (see: Alan Watts – “Life is a Song”) — then suffer as we stressfully work our way up the corporate pyramid.

It seems that the way to change the shape of things to come is to start with the shape of how things are done. In using this analogy, perhaps we need to look backwards to look forwards, to see how we evolved to the state we are in, in the first place. Our evolution came through collaboration and through expanding our “horizons,” not constraining them. A cell divides, but is always still attached to the original source, which is creativity/creation. If jobs were no longer an issue, what we would be left with is our creativity, our passions, the art of the human experience… the “song of our lives.”

Everything that exists outside of ourselves once existed within us, and when creating technologies that may render us unemployable, we must try to understand the intrinsic longing for creating such tools. It is my humble opinion that the intrinsic need actually stems from a deep desire to get back to nature, creativity, and community — to step outside of the box, and return to our natural instincts.

While a jobless future to some may seem dire, and the “rise of the robotics” elicits fear in some, power is harnessed by what we give power to, and if we choose to focus on what we can create, together, perhaps a new model will arise which renders our current structure obsolete, and technology will be able to evolve into a tool of freedom, not limitation.

To watch the videos of talks from the event, you may do so by clicking here.