What is a Sovereign Being? 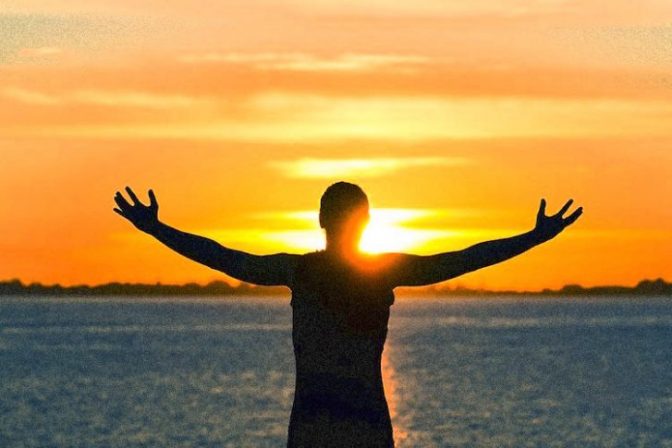 During the past decade, people’s interest in freedom and sovereignty has increased significantly. Today, everywhere you go you often see in people’s eyes that they are tired of being controlled and usurped by the government. This shift in consciousness is causing a large number of people to seek knowledge related to freedom and sovereignty. It is exciting to see more people taking charge of their lives, however, when people do not ‘innerstand’ what freedom and sovereignty are, it can cause them to live in a state of delusion.

What is a Sovereign?

To know what a sovereign is and how to be a sovereign, you need to know certain principles of sovereignty. Some of the ways to know these principles are by studying the words sovereign and sovereignty and deciphering their definitions to find their deeper meanings.

“A person, body, or state in which independent and supreme authority is vested; a chief ruler with supreme power; a king or other ruler with limited power.”

“Supreme in power; superior to all others; highest in power; chief; independent of, and unlimited by, any other; possessing, or entitled to, original authority or jurisdiction; as, a sovereign prince.”

The word sovereign comes from the Old French word soverain, meaning “highest, supreme, chief” and from the Vulgar Latin word *superanus, meaning “chief, principal.” Based on all the definitions of the word sovereign in the previous two paragraphs, a sovereign is “a king” or “a chief or ruler with supreme power.”

“The supreme, absolute, and uncontrollable power by which any independent state is governed; supreme political authority; paramount control of the constitution and frame of government and its administration; the self-sufficient source of political power, from which all specific political powers are derived; the international independence of a state, combined with the right and power of regulating its internal affairs without foreign dictation; also a political society, or state, which is sovereign and independent.”

As a sovereign man or woman, you are the king of your kingdom which consists of your mind, spirit, body, house, land and property. Because you are the king, the government has no lawful right to tell you what to do, as long as you do not harm other people and their property. The problem is that most men and women are not sovereigns because they are registered voters. The hidden agenda of the voting system is to trick people to give up their crown, throne and kingdom to the government in exchange for government benefits.

Below is an excerpt from The Errant Sovereign’s Handbook written by Augustus Blackstone that does a great job of explaining why registering to vote causes you to lose your sovereignty.

The government, through Congress, represents the will of the majority. Who are the majority? Voters, right? Voters are qualified electors. That implies rather plainly that there are electors who are not qualified. So what is this “qualified” business about? We know that to register to vote there are age, citizenship and residency restrictions. Is there anything else to be considered? Perhaps we should examine the word “qualify.” As a verb, its root meaning is to limit, to reduce from a general to a specific form. The word “limit”, as a verb, essentially means to restrict. “Reduce” means to lessen, to diminish the quantity or quality of something. Since the object of the limitation or reduction is the elector, we must then ask, what is being diminished or restricted? What is the elector losing or giving up to obtain a qualified status? What does an elector still have that a qualified elector no longer has? To ascertain we will have to determine what an elector is, what an elector does or is capable of doing, and what an elector has or may have as a matter of course.

As a verb, the root meaning of elector is to choose. An elector is one who chooses or has the capacity to choose at will. In Law, that is a power and a right possessed by a sovereign. So it would seem that the elector must limit or diminish some aspect of his individual sovereignty in order to obtain a qualified status.

To connect the dots, when you register to vote, you agree to act in the capacity of a qualified elector and thereby are no longer a sovereign. You may have the right to vote but the right to vote is actually a privilege and not as powerful as the right to sovereignly choose. The reason it is not as powerful is because as a qualified elector (registered voter) you are subject to the power of the majority (the people) and its government. In other words, you have given up your sovereign power to choose and are no longer the king of your throne and kingdom.

How You “Lost” Your Kingdom of God

The throne of your kingdom or “king-dome“is located inside your skull, which is the “dome” that houses your pineal gland, also known as the “seat of the soul” or “holy seat“. In other words, the pineal gland is the seat/throne of your kingdom/”king-dome” or temple of God, which is located between the temples of your head. Once you deeply innerstand this, you will know that to give up your sovereignty is to give up your throne/seat of your soul/holy seat and kingdom. Furthermore, you will know that the kingdom of God is inside you, NOT out in the external world. Hence, the bible verses Luke 17:20-21:

21 Neither shall they say, Lo here! or, lo there! for, behold, the kingdom of God is within you.

Another way the government tricks you to give up your sovereignty and kingdom is through citizenship. When you agree to be a citizen or one of the “people”, in law, you agree to be part of a body politic (e.g., United States). As a result of that, you are no longer a sovereign and are subject to the laws of that body politic. When you split the word citizenship into two words, it transforms into “citizen-ship”, meaning “a citizen of a ship”. A citizen of a ship is under the jurisdiction of admiralty law, the law of the sea. Do you innerstand now why most men and women are not sovereigns?

A sovereign is a living man (“male” or “female”) who is responsible and accountable for all his actions. He is competent and does not need other persons (e.g., politicians and attorneys) to represent him in legal and political affairs. He also knows how to exercise his natural rights and live in harmony with Natural Law and Nature. Because of these qualities, he is the king of his kingdom and no government can lawfully tell him what to do or how to manage his kingdom.

In simple terms, Natural Law (a group of Laws born from Nature) simply means that the Law is natural and not man-made. An important fact you need to know about Natural Law is that it is not really a religious or scientific principle because it has existed long before the existence of religion and science. In other words, it was not invented by Christianity or the Catholic Church.

The journey of studying Natural Law is very empowering because it teaches you how to be a true sovereign and spiritual man. It also teaches you how to exercise your spiritual powers and natural rights using the Laws of Nature, which are binding, immutable and inescapable while living in a universe that is bound to time and space. Natural Law is superior to man’s law (e.g., contract law, statutory law, admiralty law and UCC) and thereby you can use Natural Law to nullify every law created by man.

Pao Chang is the author of EsotericKnowledge.me and OmniThought.org. For more content related to the article you just read, visit his websites and read his book titled Word Magic: The Powers & Occult Definitions of Words.

To learn more about Natural Law and how to be a sovereign, visit my website EsotericKnowledge.me and become a member.

This article (What is a Sovereign Being?) was originally created and published by Waking Times and is printed here under a Creative Commons license with attribution to Pao L. Chang and WakingTimes.com. It may be re-posted freely with proper attribution, author bio, and this statement of copyright.