What is Biologic Architecture? – Dan Winter 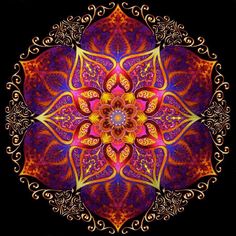 Biologic Architecture is the set of rules for construction and land use – which utilize the necessary ‘fractal’ or rose like symmetry / shape of electric field allows all living things to thrive.  Death and disease creating electrosmog in steel and aluminum cages visibly inhibit ALL growth- because all life requires the opposite energy field. Biologic architecture puts into practice the simple rules which allow building and community plans to make FRACTAL and rose petal like charge fields which puts charge into everything based on DNA. Genes are like all living things – they are based on PHI and fractality precisely because only constructive charge compression allows all biologic memory (survival) to be stored – and allows that same field effect (life force is what biologic capacitors eat) – to radiate efficiently into the electric flower of self organization called growth, healing, attention, bliss, and ultimately what must go thru death by compression successfully ( goldenmean.info/death ).The premise behind biologic architecture is that all life responds well to design that is in accordance with nature and avoids harmful materials and sharp corners which bleed capacitive charge. The ultimate goal of biologic architecture is to create fractal charge fields that are implosive in nature and encourage life, positive DNA resonance and charge implosion. An ideal example of this concept is found in a rose’s petals, which unfold along the golden mean ratio and are fractal, meaning that they are capable of infinite non-destructive interference and attract charge inward towards the center causing implosion (the electrical principle of life itself).

Studying the symmetry of electric fields causing health versus disease an overwhelming simple and yet compelling rule or pattern has emerged. First we learned that Re-Dox potential (see ‘Bioelectronics of Vincent’ pic etc. below) can effectively predict whether ANY liquid inside biology is going to create HEALTH versus DISEASE. Later it emerges that in effect the Re-Dox (Oxidation – Reduction Potential or electron availability TO REACT) is nothing more than A MEASURE OF FRACTALITY. This is because – first – a free electron itself is nothing more than an electrical black hole (implosive fractal) – and further than the electrical symmetry which ALLOWS an electron to GET DISTRIBUTED EFFICIENTLY (effectively – definition of life itself!) is precisely the fractal (and non-destructive charge) compression which always precedes EFFICIENT CHARGE DISTRIBUTION. In other words- biology heals and thrives ONLY when it can get first the compression right so that a charge radiance (fractal or perfectly branched ) charge distribution results. This then spits out infection, inflammation and restores electrical self-organization.

This is evidenced in multiple ways- including the very word PHYlotaxis, SCION (SCIence), diVINE, etc – which all simply mean THE PERFECT BRANCHING OR DISTRIBUTION OF CHARGE resulting from fractality. (REAL grail physics). Medically this is evidenced in numerous ways, for example:

– in way a strong negative ion wind (“Cell Care Therapy” links atgoldenmean.info/fractalfield ) when administered therapeutically will dramatically evict inflammation and infection from virtually any biologic tissue. In that article for example we strongly suggest that not only does fractality in LIQUID (ReDox) predict and measure viability (survival) in general -but FRACTALITY IN AIR – does the same! ( See IGA ‘torsional’ capacitive field technology – measuring fractality in AIR – the residual weak implosive capacitive field which is the signature of ALL LIFE – links: goldenmean.info/fractalfield ,goldenmean.info/phaseconjugation . Also see how we have been measuring the ability to self-organize the weak charge field around ANYTHING ALIVE – can measure freshness , vitality, life-force – at goldenmean.info/biophoton )

SO- what is the practical upstart of all these exciting new insights. NOW we can UNDERSTAND all the dozens of studies which show that a FRACTAL FIELD (earlier for example named orgone – which now has an electrical definition: a biologically recursive / implosive charge field)- DRAMATICALLY SERVES SEED GERMINATION. (goldenmean.info/germination and pics below). See the list of links below -how the FRACTAL FIELD – revolutionizes most everything in science – from the essential principle of theCAUSE of gravity, consciousness/bliss, healing, and all growth – to the principle of teachingpeacemaking as science. Fractality of charge IS the self-organizing electrical principle of life itself.

Applying this to architecture – we now see exactly why the design of living space – must be exactly that – an electrically living space. An electrically alive space (sometimes called ‘sacred’) – is simply the space where charge can breathe efficiently and thus achieve the (multiply connected / holographic and fractal) distributed resonance called awareness. It is very much like the scene in the Gurjieff movie (‘Meetings with Remarkable Men’) where the prize goes to the one WHO CAN CREATE AN ECHO ! Ability to return to center (self-refer) for waves and charge – defines birth of self awareness.

So – in effect – to create healing – and bliss / peak experience (end A.D.D / addiction / disease) we now can state with absolute electrical precision that the function of architecture is absolutely the SKILL TO BUILD A BIOLOGICALLY FRACTAL (phase conjugate) CAPACITOR!

will be healed and bliss will erupt spontaneously. Not only does the charge field of your (bliss) DNA and EKG (compassionate heart) and PHYLOTACTIC BIOLOGY – look like a ROSE – but so also does the resulting charge field of your refrigerator, your house, your office, and YOUR CITY ( including urban design –goldenmean.info/lightcity ) end up looking like a rose. ( See Prague – the ‘gate or portal’/Praha – whose urban design plan originally – the origin of alchemy – is literally A ROSE! – goldenmean.info/rosycross ).

1. Use virtually ALL biologic materials – to create fractal charge field effects ( avoid particularly aluminum and steel – also plastics wherever at all possible) – see the chart Fractal Living Materials for Architecture below

3. Make detailed plans to eliminate most all electrosmog. (Seriously poisonous to most biology)- more below.

5. Work with elemental forces – (living charge domains) – to include the symphony of life in your structural plan (also pics: goldenmean.info/geobiology ).

The concept of Biologic Architecture was pioneered by Dan Winter. He has been teaching Scientific principles behind Feng Shui internationally for many years. ( fengshuiseminars.com ). With a background in Electrical Engineering, Systems Analysis, Psychophysiology – he is credited in the literature with inventing and pioneering “Heart Coherence”. In addition to his “HeartTuner” & “BlissTuner” inventions (goldenmean.info/hearttunerspecial ) he has developed systems for measuring Life Force and Freshness and Tree Health – ( goldenmean.info/biophoton ) using capacitive coupling – weak charge field power spectra. He has developed fundamentally exciting new concepts for supporting biology electrically- namely- that electrical fractality measureably predicts ability of all environments to support life (in both liquid and air –goldenmean.info/fractalfield ).

thrive- he has articulated the first biologic principles to actually define the ability of architecture to serve the electric field it is now clear that biology requires. It is really self- evident. DNA and all biologic growth being based on the symmetry of Golden Ratio – evidences the simple truth that non-destructive charge compression – creating efficient charge distribution is simply the electrical definition of life. SO – we must now re-invent architecture to reflect the truth that architects must create the kind of capacitance in a field effect that creates constructive charge compression. Dan teaches how the physics of biologic phase conjugate dielectric defines organic or living material in general. Orgone research has shown for decades that seed germination is replicably effected by 30%, but what they lacked was the skill to define the principle. We now know that this is merely an example of what constructive or phase conjugate capacitance do to support all biology.

Look below at the pictures of what happens to a germinating seed (and by implication -every living thing) when you put it in a metal cage. This is a bleeding capacitor (bad ‘feng shui’). On the other hand, if you put that seed in the center of a recursive charge field of biologic dielectrics – it thrives beautifully. Simply put – we are killing our children by putting them in aluminum and steel buildings. In order to stop this travesty – we should not have to wait for 1 generation of architects (the stubborn ones) to die.