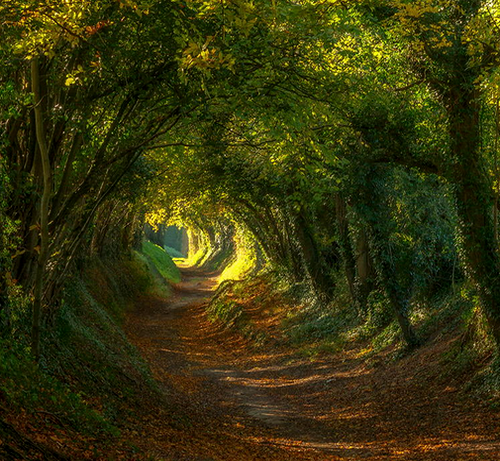 Rudolf Steiner had a quote that stated: “The Earth has music for those who listen.”

It seems that statement continues to prove valid as we have seen through the examination of our reality that the closer we look, the more traces of the divine we seem to encounter.

The YEARS project by Bartholomaus Traubeck (see video below) takes slices of tree trunks, and then plays them through a process that is similar to a record player. According to a report from Live Science:

Artist Bartholomäus Traubeck has custom-built a record player that is able to “play” cross-sectional slices of tree trunks. The result is his artpiece “Years,” an audio recording of tree rings being read by a computer and turned into music, much like a record player’s needle reads the grooves on an LP. [Images: The 7 Weirdest Glow-in-the-Dark Creatures]

The tree rings are actually being translated into the language of music, rather than sounding musical in and of themselves. According to Makezine, the custom record player takes in data using a PlayStation Eye Camera and a stepper motor attached to its control arm, and relays the data to a computer. A program called Ableton Live then uses it to generate an eerie piano track. [Listen to the Six Spooky Sounds from the Deep]

Though the record player “interprets” rather than actually “playing” the tree trunk, as Gizmodo notes, the song still varies with each new piece of wood placed on the turntable.