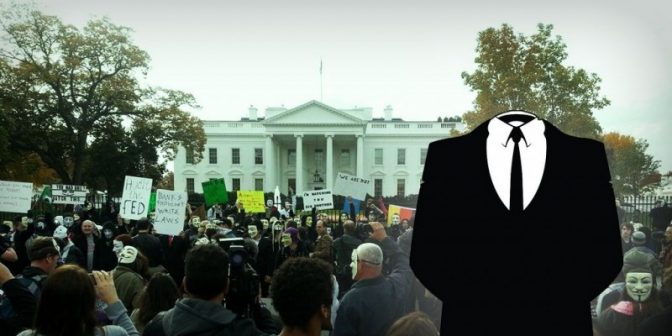 (Era of Wisdom) We Are Change covered the Million Mask March in D.C., and just released some great video.

Activists were observed gathering around a homeless man; a man chanted “we need to take action, we need to take care of our own” as the group fed and clothed him, gave him money.

“Protestors have defied secret service orders, they’re right by the White House,” Luke Rudkowski said as they stood strong in front of the capitol building.

The protest appears to consist of a highly dedicated few.

Video of the march can be seen below.