Why Are People So Mean? Has The Internet Destroyed Empathy & Compassion? 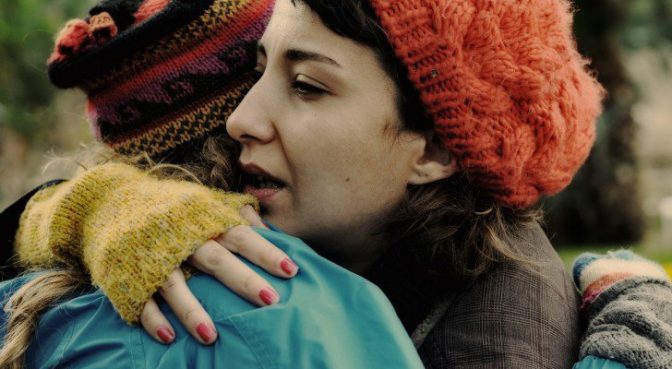 Two months ago I read a story that Huffington Post had put out about a bride that died while cliff jumping with her husband on their honeymoon. After reading the story I felt a deep sense of sadness for the people involved in the tragedy, even shedding an empathetic tear thinking about how truly horrible it would have been to go through something like that. I was curious what others had to say about the story, so I began reading the comments below. I was completely shocked by what some people had written. “Serves her right”, one woman wrote. “What an idiot,” another commenter responded.

During the summer Olympics back in 2012, British diver Tom Daley reported a rather repulsive comment on Twitter following his gold medal loss. The bully wrote, “You let your dad down I hope you know that,” referring to the fact that Daley was hoping to win the gold in honor of his father, who died the prior year from brain cancer. These are but a few examples of the callous comments that are made online on a daily basis.

Something I’ve come to notice within my experience at Collective Evolution (CE) and with the world of the internet as a whole is the large sense of disconnect there seems to be between the people and their words. I’ve seen people say some pretty nasty things to one another in the comment sections, even personally attacking different writers of the CE team for articles that challenge their belief systems. This is especially the case when sensitive subject matter is being discussed, such as religion, science, sexual orientation, health, politics, ETs, etc. But sometimes the harassment comes out of nowhere. One commenter began making insults towards a writer who published an article about the health concerns around non-organic tea, making fun of her display picture and proceeding to talk about her personal life as if they knew her.

Truth be told, the internet can be a treacherous world full of cynicism, harassment, and bullying, leaving many to feel hurt or offended by the unfiltered words of public.  Cyber bullying has become a major problem in today’s social-media based culture, affecting a reported 43% of teens aged 13 to 17.[1]

But is it in our true nature to be horrible to one another? Is technology in part to blame for the desensitization of the masses and the loss of empathy?

For the most part, people don’t speak to one another in public as they do online, instead there is usually a mutual respect for someone else’s opinion and equal reciprocation within a conversation or debate. I see these kinds of healthy conversations at my local coffee shop when I spend my afternoons there writing. People are open and genuinely nice to each other, not slamming someone for having a certain belief. So the question begs, are people being authentic when they are in public? Or is their online persona their true self without the worry of consequences because they most likely will never see the people they are speaking with?

In an article published on News.com titled, “Troll Psychology: Why People Are So Mean on the Internet”, author Amanda Gardener alluded to a possible reason for the frankness,

“The majority of communication is non-verbal, composed of body language, eye contact, speech tone and language patterns. Without this information to help us process and categorize information, our minds are left to sort through the uncertain. And, thanks to a leftover prehistoric penchant for fight or flight, being unsure about another person’s intent often creates a negative reaction to a perceived threat [source: Gardner].

This lack of inhibition also may be connected to a physical distance from the people to whom comments are directed. Turns out, the closer physical proximity you have to someone, the less likely you are to be mean-spirited. For example, one recent study found game show contestants were less likely to vote off a contestant standing next to them than one standing further away [source: Dallas].”

Gary Small and Gigi Vorgan from CNN.com propose that desensitization begins at an early age, when the developing mind is exposed to a plethora of shocking and sensational videos and images. In the article, “Is The Internet Killing Empathy?”, the authors discuss findings from the Kaiser Family Foundation which revealed that 8- to 18-year-olds on average spend 11½ hours a day using their technology.[2]

“Their brains have become “wired” to use their tech gadgets effectively in order to multi-task — staying connected with friends, texting and searching online endlessly, often exposing their brains to shocking and sensational images and videos. Many people are desensitizing their neural circuits to the horrors they see, while not getting much, if any, off-line training in empathic skills.”

This disconnection from emotion can be a deadly mechanism. When we lose sight of compassion and empathy, we are losing touch with what it means to be human, and essentially reality.

Take A Step Back

When someone attacks you online for something you believe, or makes a negative comment about something that you feel is inappropriate, it’s a good idea to step back before responding. Too often we get caught in defence mode after someone attacks something we’ve said. This is due to the attachment we have to our belief systems, a strong bond we share with information we’ve acquired throughout our life. Belief systems have caused wars throughout human history, they can be a powerful catalyst.

Here’s a good question to ask yourself before responding to a negative comment: Is it worth the mental energy to even dignify it with a response? Most of the time people don’t even want to hear your side of the debate anyways, but rather are only waiting to get their two cents in. It’s OKAY to agree to disagree, rather than trying to prove someone wrong or vice versa. Sometimes walking away from a hopeless conversation or debate can be the most liberating thing you can do, sitting at peace in your own mind with your understanding rather than having to justify it to someone who either isn’t understanding where you are coming from or just has no respect.

Lastly, the one tool that I believe will truly help anyone in their life is the use of empathy. Empathy means to really connect with and understand another person’s situation, feelings, or difficulties. Putting yourself in this space will fill you with a genuine compassion that will help you gain a true understanding of the matter at hand. It is a brave space to put yourself in, allowing yourself to identify and feel a feeling that may not always be good. But if we all practiced bringing more empathy into our lives, the world would be a much better place for it.

We all have struggles, we are all here on the same human journey, and ultimately we all want the same thing in the end, peace.  So let’s remember this in our daily life!