Why Do We Need an International Tribunal For Natural Justice? 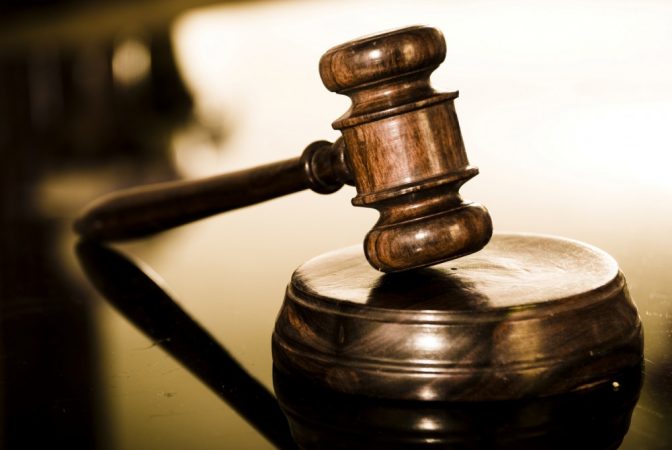 WE ALWAYS HAD THE POWER TO CHOOSE

What kind of world have we chosen for ourselves and our grandchildren? One of constant war? Stock market crashes? High prices for food, energy, medicine, and education? A court system very few people can navigate successfully – and those who can’t suffer rulings based on half-truths, not to mention high fees for attorneys and court costs?

If your answer is a resounding “No!”, then why are we faced with these issues today, and why have they become such a part of our lives that we do little to change them because it seems the answer is always out of reach?

So often we blame ourselves for not being smart enough, successful enough, wealthy enough, or just plain lucky enough. None of this is your fault.

What if you had undeniable evidence that a cor- poration hiding behind what we know as “govern- ment” long ago inserted itself between you and your Creator with the intent to so slowly remove choice from your life that you didn’t even know it happened? And would you want to know how they did it?

If you could regain your choice to live in peace and prosperity and the joy of looking forward to a bright future ahead for yourselves and your chil- dren and grandchildren, would you want to know how?

THE INTERNATIONAL TRIBUNAL FOR NATURAL JUSTICE KNOWS HOW

Let’s talk about free will, divine law and natural law for a moment. And how an international group of greedy and selfish people without conscience created corporations they would call “government,” and banks they would call “the justice system,” along with a mass media to reinforce their ideas into the minds of everyone – in order to slowly, methodically, secretly and without a shred of con- science, take our free will to choose away from us. How they did it is quite enlightening. They simply removed all choices from society but the ones they wanted you to have.

First, we will show you how they did it. And then we will offer you a court that you can go to, to hold these people, individually and without corporate immunity, accountable for their actions.

Divine law, in our planetary system of law, super- sedes natural law. We have the unique gift of Free Will: how we exercise our rights and our sovereign will. If we don’t choose, or if we let others choose, then we make the choice by default to allow others to control our lives.

The twin pillars of Natural Law can be broken down into two rules that anyone can understand:

Natural Justice demands Fair Play in Action. The corporations that hide behind what we believe is government will not hesitate to use force to keep us within the boundaries drawn for us because they claim they have a “Divine Right to Rule” and, what’s more, that we gave it to them. We were guaranteed and so believe that we operate under a republican form of government, yet every time we fill out one of their forms we are agreeing to the terms of a cor- poration that is masquerading as our government.

The massive problems and injustices we see throughout our world can be understood when deconstructing the corporate corruption within the current Legal System. What methods have
the corporations posing as governments used to manipulate humanity into believing that they hold ALL THE RIGHTS to decide who has caused harm and how they are to be punished?

The answer to that question is revealed in the SOURCE DOCUMENTS that will be presented before the newly-established International Tribunal for Natural Justice (ITNJ). The documents prove that the owners of a private, for-profit Corporation walked into the government of the United States without ever firing a shot. They pulled off a bait- and-switch coup in broad daylight without ever informing the people.

Conclusive proof has been uncovered and verified that the legal system is part of an over-all system of control that can be traced to 147 International Corporations who claim ownership rights over all Governments, religions, banking institutions, Courts, Schools, Institutions, Media, and all key industries.

Unbeknownst to us, these rulers set in motion a system of Licensing and Registration, patents and Copyright Trademarks, Securitization and Deriva- tives, and other financial schemes, that has allowed them, their agents, and their shareholders, to steal our free will, our birthright, and our means to live the peaceful, abundant life that we are entitled to as the people of this planet. These corporate parasites have used our inherent value to create the mon- etary supply that lawfully has no value.

The legal system uses brute force and color of law to enforce hidden contracts. Every time we sign one of their “mandatory” forms to turn over our property, our consent, and our children, the courts claim we have “voluntarily” agreed to their hidden contracts. We therefore have no rights other than what the corporate regime determines is allowable.

The Constitution, the Bill of Rights, and the Bible have been rendered invalid because they would not permit the dictatorship of their corporate regime. The corporate rulers do not believe they are subject to any rule of law. We have acquiesced to their system of control because we did not know that our government had been taken over by the privately held corporate banking structures. Now that we know the truth, our silence is consent for them to continue. There is no accountability within the current corporate-owned court system. These corporations and their agents for hire do harm to the people with no fear of any punishment for their acts of aggression.

WHAT CAN WE DO ABOUT THIS?

We, the people, have two choices. We stand aside and let them continue to run rough-shod over the planet and the people. Or we support a righteous and lawful way to stop them from doing harm.

If we believe that we can just let nature take its course, it will. The bully wins because the people allow fear or inertia to prevent them from taking back what is rightfully theirs. The private corpo- rations posing as our governments have no more standing than a Wal-Mart or a McDonalds. Non- action is no longer an option, and now that the we can begin to pursue what is rightfully ours in a righteous and lawful manner. Either we choose by taking the appropriate action, or the choice will be made for us. Either way, we have exercised our free-will choice.

The International Tribunal for Natural Justice is set up by the People of the planet, to insist that all people are held accountable to the Rule of Law. The Treaties signed by all nations hold their gov- ernments accountable to stand under those In- ternational Accords. When anyone, regardless of stature or position, breaks those accords, it is the lawful right of the individual person who has been harmed to bring a claim before the Tribunal. All judgments of the Tribunal will be based on how a nation’s laws are in conflict with Natural Law.

The problem with every other court is that they are set up under the ownership and control of the In- ternational Corporate Conglomerate. These courts answer to the corporations, not to the will or ben- efit of the People. Every Judge, lawyer, and public official has been obligated to swear two oaths. The first oath is to the constitution, and the second oath is to the corporate structure masquerading as our government, ie; The United States of America Inc.

That is why only the Banks, Institutions, and other corporate interests find “Justice” within said courts. How, then, does the International Tribunal for Natural Justice overcome the defects within the current legal system?

Corporations have been given person status in our legal system. In natural law, only living beings can do harm. A Corporation is not a living being and therefore not real in the eyes of natural law. Only the living, breathing, flesh and blood person who makes the decisions for a corporation or institution is real and can be held accountable. The ITNJ oper- ates under this premise and aims to hold responsi- ble the decision makers of the corporations that are doing harm to the People.

This immediately levels the playing field. “Public Officials” posing under “governmental authority” claim immunity when they do harm through some policy that has been presented as legally binding upon a natural person.

When such policy causes harm to a natural person and after that person has exhausted the Adminis- trative Remedy available within their current legal system, they can bring the case before the ITNJ.

Rather than take on the Central Corporations, an individual can bring suit against the specific indi- vidual who has followed orders that have caused harm.

Again, a corporation is not a living being and therefore not real in the eyes of natural law. Only the natural persons who work for the Corporation are real flesh and blood. If a Judge, or a Prosecu- tor, has taken an oath to uphold the Constitution, and breaches that oath, then they can be brought up for charges. They are not allowed to hide behind the corporate veil. They have no immunity within International Law if they have breached Trusts and Treaties with the People.

The Nuremberg Trials held after World War II pro- vide precedence for the types of charges that can be brought against “public officials” who follow orders that have caused harm to the people.

The International Tribunal for Natural Justice (ITNJ) is completely independent of any govern- ment or corporate banking interests that could possibly interfere with adherence to its mission.

A volunteer team of impassioned legal scholars, humanitarians, and technological engineers from around the world have been working tirelessly and at their own expense for years to form this Tribunal based on natural law. Judges have been appointed and the first Tribunal sitting is scheduled to begin on June 15th in Runnymede, England, to coincide with the 800th anniversary of the signing of the Magna Carta.

Building a Tribunal from the ground up is no small task, and for obvious reasons, it is imperative that we move quickly. There are a lot of expenses in order to hold and fund these first Tribunals with many more to come, and we need your support. This is an incredibly exciting time for us all, and after centuries of oppression, we the people are finally going to find justice and remedy through an independent Tribunal not controlled by the crimi- nal governments, corporations and central banking systems that have destroyed our economies, en- gaged us in repetitive war cycles, and with complete control of the media networks, effectively pitted us against one another.

The only way this can happen is if we the people make it happen, for all our brothers and sisters, all our children, and our children’s children, the time is now.

Our teams from around the world are up to the challenge. We welcome your input, your financial support, and your prayers. Most of all, we welcome your action. Every step you take to understand the hidden contracts and to denounce them is a step to- ward the freedom of the peoples and the planet.

Sign the Peace Treaty put together by New Earth Nation. Sign the ITNJ Treaty. Sign up for our newsletters. Volunteer your research, your knowl- edge, your passion – to our court. Set up whatever amount you can afford on a monthly basis to sup- port our work.