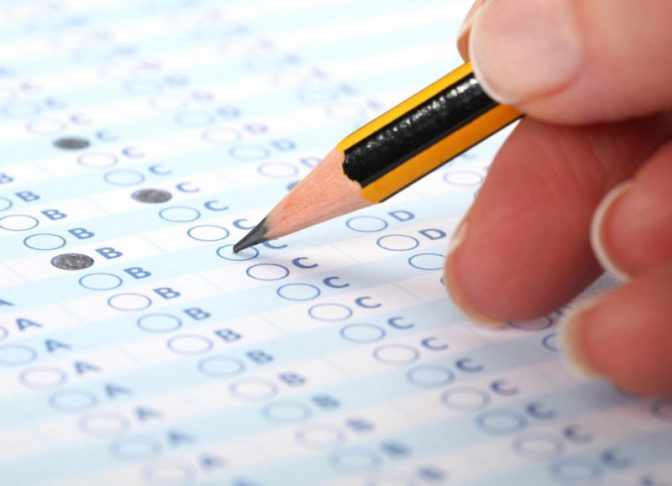 Is intelligence measurable? And if so, how do we measure it?

This has been a burning question of debate in recent years, as parents and teachers are beginning to view standardized testing as an outdated approach to education.

On her widely popular blog, Seeds For Learning, American teacher and scholar Kimberley A. Hurd discusses why she feels standardized testing is limiting:

“There are many more ways to be smart than what many schools are currently allowing. The current testing culture personally drives me crazy. It does not tell students that they matter. Tests do not always assess all of what it is that make each student special and unique.

It seems that Hurd isn’t alone in her thinking, either. Last year, a letter from a teacher to her grade school students which seemed to be inspired by Hurd’s views went mega viral around the web after parents and teachers were moved by its message.

The letter reminded her young students that the people who make these tests don’t see the individual qualities and talents that make each student special.

The letter from Rachel Tomlinson, head of Barrowford school in Nelson, has made a big impression on many who read it. Photograph: The Guardian

Capturing the imaginations of people around the globe, the letter reveals the often unspoken truth of education: intelligence is much more than a test score.

By that same token, is it accurate to say that a teacher’s worth can be measured by their student’s success rate with standardized tests?

Popham asserts that beyond general attention to English, math, and so on, the significant differences within individual classroom settings presents a problem to those who must sell standardized achievement tests.

While test developers try their best, they are “obliged to create a series of one-size-fits-all assessments.” Popham explains: “But, as most of us know from attempting to wear one-size-fits-all garments, sometimes one size really can’t fit all.”

In her article, Standardized Tests Not A Remedy, Marliese Gause points out that the struggle between low performing and higher performing students has been an ongoing battle for every education system since the beginning.

“Formalized testing has made the problem worse by creating an inflexible rating system that tends to reinforce existing bias in a teacher’s mind about a student’s chance for success. Toss in an absent or surly parent and/or a rebellious kid and you have the perfect ‘loser’ recipe.

On the other hand, putting low achieving students into courses where their chance of success is low, further decreasing their confidence, does not seem the right thing to do either.”

Would it then be more effective to re-invest the millions spent on testing, re-testing, and interpreting those tests into more intensive supports for students?

Some European countries, such as Finland, have built successful education models which exclude standardized testing to its students. Educators in this region seem to be less worried about “data” and “test results” than they are about a student’s engagement in their work.

They aren’t alone, either, as some provinces in Canada are also taking the steps towards adopting a more forward approach to education.

In British Columbia, educators have been developing a plan that will offer a more flexible and dynamic education system where students are more engaged and better prepared for their life’s journey.

“The key focus is personalized learning – where students have more opportunity to pursue their passions and interests – while maintaining B.C.’s high standards on foundational skills like reading, writing and numeracy,” said Peter Fassbender, Minister of Education in British Columbia.

Many parents are not yet fully sold on the concept of personalized learning, however, mostly due to the fact that the method will have students working more with computers rather than teachers.

Some believe this approach is a sly way to cut costs on salary wages, and worry that computer learning might jeopardize the success of certain students.

“It is a common pattern through history for the pendulum in education to swing from the right (standardized tests) to the left (open classroom),” said Natalie Mccutcheon, an English teacher with the B.C. school board. “I personally think there needs to be a balance, with some type of structure, but I think the entire education system would need to be restructured for this to occur.“

Whatever the case may be, focusing on guiding students towards their personal interests and passions could spell exciting things for the future of education.

Evolution isn’t just subjective to biology, it is applicable to every system, including education.

That is why these public conversations are both healthy and necessary for our cultural evolution – without them, we would remain stagnant.

The viral letter does well at pointing out that these tests may indeed tell us something of a student’s abilities, but not everything. With humility, we can recognize that standardized tests don’t accurately measure growth for all students, and then work towards a more effective and engaging education paradigm for all.

What are your thoughts on standardized testing and conventional education models? Do you think there is a more accurate approach to education and grading? Share with us in the comment section below!