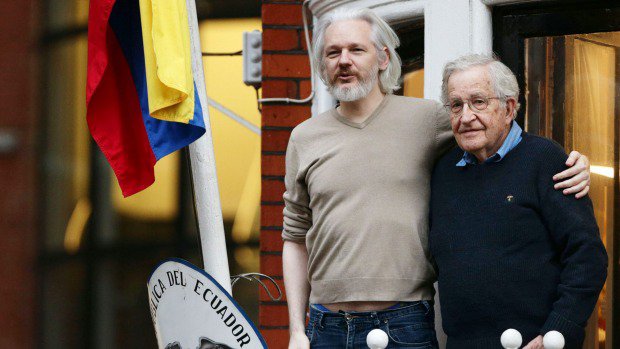 On Wednesday, WikiLeaks announced its plans to sue CNN after a counter-terrorism analyst called Assange a pedophile, in an act of malicious slandering. In response, the whistleblowing powerhouse issued an ultimatum to the corporate media giant, insisting it either air a “one hour exposé of the plot” or be sued for defamation.

The segment WikiLeaks was referring to was an interview during which CNN had Phil Mudd, the ex-Deputy-Director of the CIA, “falsely calling Assange a ‘pedophile.’ ”

“We have issued instructions to sue CNN for defamation,” another tweet read. “Unless within 48h they air a one hour expose of the plot.”

In the interview, which took place on CNN’s New Day program, Chris Cuomo asked Mudd why he disagreed with Assange’s denial that Russia was the source of the DNC leaks and Podesta documents.

Mudd referenced Sean Hannity’s interview in his response, which he said “skirted the bottom line [of] do you know if the Russian’s were involved?… not ‘where did you get the information.’ ” Mudd continued on to tear down Assange by way of defaming his character, falsely accusing the WikiLeaks founder of being a “pedophile who lives in the Ecuadorian embassy in London.”

The interview was aired to millions, then published on the program’s Twitter page. Upon word of the impending lawsuit, the tweet was deleted.

WikiLeaks’ legal threat referenced a strange “plot” that took place last year, when online dating website ToddandClare.com claimed Assange was involved in the online grooming of an eight-year-old Canadian girl on holidays in the Bahamas. The Daily Kos claimed that Assange’s internet was cut as a result of  it being used to sexually communicate with the child. During the time of the bizarre plot, The Podesta leaks were in full force.

Upon the accusations being traced back to ToddandClaire.com, owned by T&C Network Solutions, the bogus accusations were quickly dropped.

A WikiLeaks report noted that T&C Network Solutions was investigated to identify business filings and the entity’s directors, to no avail:

Google Streetview of the address shows a large anonymous warehouse or storage depot, with no references to the company.

A legal team representing Assange tried to verify the business through multiple sources, but were unable to do so.

WikiLeaks did its due diligence to provide the public with the truth that such accusations were absolutely wrong, and yet, no matter their work, millions of people had the opportunity to rehash the plot. This explains Assange’s infuriation over the interview and his request for a one-hour exposé. CNN now has limited time to make their next move.