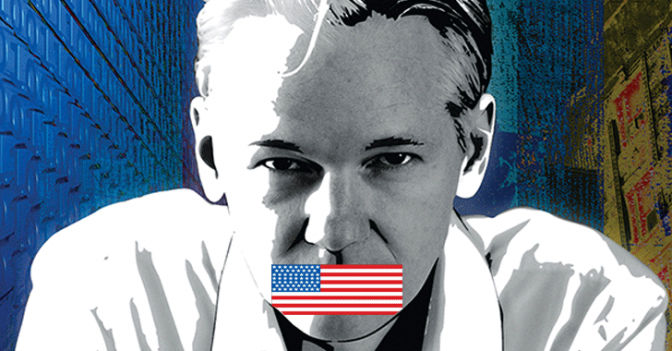 WikiLeaks had quite a year in 2016. Delivering a massive collection of documents over the 12-month period, Julian Assange thrust himself and his company further into the spotlight by exposing valuable information, most notably calling into question the morality of the American political system.

“There is no US election. There is power consolidation. Rigged primary, rigged media and rigged ‘pied piper’ candidate drive consolidation,” WikiLeaks tweeted.

And on the eve of the election, Assange released a message to help people, saying, “The right to receive and impart true information is the guiding principle of WikiLeaks – an organization that has a staff and organizational mission far beyond myself. Our organization defends the public’s right to be informed.”

The whistleblowing site exposed more than 50,000 emails from Hillary Clinton’s campaign chair John Podesta, as well as over 27,000 emails from the Democratic National Committee, confirming that the DNC fought against Democratic presidential candidate Bernie Sanders.

Additional U.S. State Department cables were also released, along with documents exposing the U.S. arming of Yemen and texts about the Transatlantic Trade and Investment Partnership (TTIP) and Trade in Services Agreement (TiSA).

No matter what information WikiLeaks released, someone was guaranteed to get fired up. And surely there were people who attempted to discredit their work to inform the public. But Assange has stated the necessity, no matter the backlash, for him and WikiLeaks to work against censorship, simply because it cannot be tolerated in a world that desperately needs change for the better.

Coming int0 2017, there are undoubtedly speculations about how the year will play out politically and otherwise, but Assange wants people to know one thing: “If you thought 2016 was a big WikiLeaks year, 2017 will blow you away.” WikiLeaks tweeted the statement on Monday, with no hints relaying exactly what is to come. The tweet included a link to the website’s donation page as well, encouraging people to help the site “prepare for the showdown.”

WikiLeaks also tweeted that Assange will take part in a Reddit Ask Me Anything (AMA), which will take place on Thursday (9am EST). The tweet included a hashtag “proofoflife,” likely referring to concerns over the WikiLeaks editor’s health.

It is likely of no surprise that WikiLeaks would simply stop releasing valuable information come the end of 2016, but the phrase “prepare for the showdown” ignites speculation that we are about to receive information that brings more than we anticipated, or perhaps believe to be true, to the forefront.

So what is to come? Will we see the ultimate takedown of government, banking, and political control? And what will come of such revelations? Rather than be fearful of the unknown, why not ponder these questions, prepare for the answers, and be ready for the shift in world power and consciousness that is so desperately needed?