What Will the World Look Like in 2025? Here Are 8 Major Predictions! 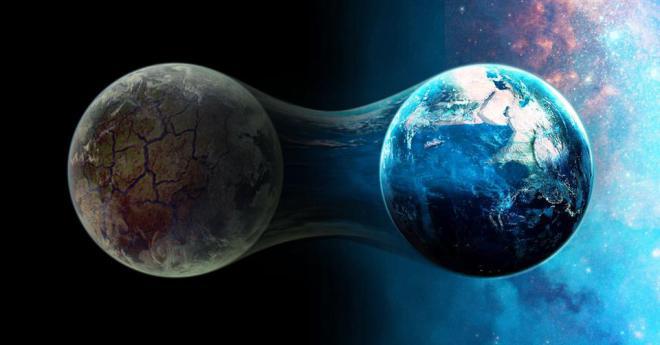 James P. Clark, chairman of the World Technology Network, believes we are in the midst of a massive “Phase Change”, stating, “More change is coming to civilization in the next 20-30 years than the last 2,000-3,000. We are starting to get elemental abilities. The disruptions will be immense. As long as the Phase Change means we are going to have a new civilization, let’s use the opportunity to make it a better one.”

So, if the radical change is to reach its apex in 30 years, what can we expect in the next 10? According to Singularity Hub, here are 8 of the major changes that will be happen, and will drastically change our experience of this reality.

8 Predictions for the Next 10 Years

The Internet of Everything describes the networked connections between devices, people, processes and data. By 2025, the IoE will exceed 100 billion connected devices, each with a dozen or more sensors collecting data. This will lead to a trillion-sensor economy driving a data revolution beyond our imagination. Cisco’s recent report estimates the IoE will generate $19 trillion of newly created value.

We’re heading towards a world of perfect knowledge. With a trillion sensors gathering data everywhere (autonomous cars, satellite systems, drones, wearables, cameras), you’ll be able to know anything you want, anytime, anywhere, and query that data for answers and insights.

Facebook (Internet.org), SpaceX, Google (Project Loon), Qualcomm and Virgin (OneWeb) are planning to provide global connectivity to every human on Earth at speeds exceeding one megabit per second.

We will grow from three to eight billion connected humans, adding five billion new consumers into the global economy. They represent tens of trillions of new dollars flowing into the global economy. And they are not coming online like we did 20 years ago with a 9600 modem on AOL. They’re coming online with a 1 Mbps connection and access to the world’s information on Google, cloud 3D printing, Amazon Web Services, artificial intelligence with Watson, crowdfunding, crowdsourcing, and more.

Biometric sensing (wearables) and AI will make each of us the CEOs of our own health. Large-scale genomic sequencing and machine learning will allow us to understand the root cause of cancer, heart disease and neurodegenerative disease and what to do about it. Robotic surgeons can carry out an autonomous surgical procedure perfectly (every time) for pennies on the dollar. Each of us will be able to regrow a heart, liver, lung or kidney when we need it, instead of waiting for the donor to die.

Billions of dollars invested by Facebook (Oculus), Google (Magic Leap), Microsoft (Hololens), Sony, Qualcomm, HTC and others will lead to a new generation of displays and user interfaces.

The screen as we know it — on your phone, your computer and your TV — will disappear and be replaced by eyewear. Not the geeky Google Glass, but stylish equivalents to what the well-dressed fashionistas are wearing today. The result will be a massive disruption in a number of industries ranging from consumer retail, to real estate, education, travel, entertainment, and the fundamental ways we operate as humans.

Artificial intelligence research will make strides in the next decade. If you think Siri is useful now, the next decade’s generation of Siri will be much more like JARVIS from Iron Man, with expanded capabilities to understand and answer. Companies like IBM Watson, DeepMind and Vicarious continue to hunker down and develop next-generation AI systems. In a decade, it will be normal for you to give your AI access to listen to all of your conversations, read your emails and scan your biometric data because the upside and convenience will be so immense.

If you haven’t heard of the blockchain, I highly recommend you read up on it. You might have heard of bitcoin, which is the decentralized (global), democratized, highly secure cryptocurrency based on the blockchain. But the real innovation is the blockchain itself, a protocol that allows for secure, direct (without a middleman), digital transfers of value and assets (think money, contracts, stocks, IP). Investors like Marc Andreesen have poured tens of millions into the development and believe this is as important of an opportunity as the creation of the Internet itself.

We are truly living in one of the most incredible times to be alive, experiencing a renaissance of technology and consciousness, as well as unprecedented social change. While it may be hard to keep up with the momentum of this rapid evolution, the ride is sure to be interesting none-the-less.