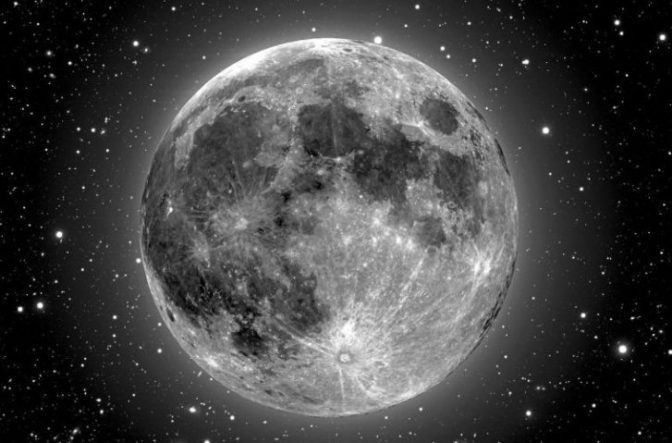 It’s been quite the year for skywatchers, and December is closing it out with one more incredible supermoon. Gracing the sky on Wednesday, December 15, it’s a special spectacle in the sky you surely won’t want to miss.

The December supermoon is also called the “Cold Moon,” and will occur just one day after the moon reaches perigee, which is the point in its orbit that it is closest to Earth. The Old Farmer’s Almanac notes that this month’s supermoon is called the “Full Cold Moon” because it is associated with the month the winter cold is mostly felt. Native American tribes also refer to this supermoon as the “Long Nights Moon” because it happens near the winter solstice, which is the night with the least amount of daylight.

December’s supermoon will be extra special, as it will coincide with the peak of the Geminid meteor shower, NASA said. The light from the supermoon will reduce the visibility of faint meteors five to ten-fold. Stargazers will be lucky enough to see a dozen Geminids per hour during its peak.

Along with the last supermoon of the year, there will be a meteor shower occurring on the exact same evening. This gives skywatchers the chance to double down on the breathtaking beauty that is Mother Nature.

The Geminid meteor shower will reach its peak around 2 am local time on December 15, right when the supermoon will be angled in the sky to provide a sensational glow to us earthlings. The Slooh Community Observatory will host a webcast for the Geminid shower that you can watch live on Space.com.

The only downside of the supermoon being out all night is that it has the chance to subdue the Geminids, which can generate up to 120 meteors per hour, five to ten fold, according to NASA. This means you may only get to see a dozen shooting stars per hour. But don’t let that sway you.

You can ensure visibility by steering clear of any areas illuminated by artificial lighting. Try to get to a naturally dark area to get the best of the night show’s shooting stars. It’s also suggested that you give your eyes approximately 20 minutes to adjust to the dark skies and focus on the stars above.

“You need no special equipment – just a dark, open sky and maybe a sleeping bag to keep warm. Plan to sprawl back in a hammock, lawn chair, pile of hay or blanket on the ground. Lie down in comfort, and look upward. Man, it must be SO nice to live in rural, suburban areas. Unfortunately, I won’t be sprawling out on a hammock or a lawn chair to catch the supermoon and the meteor shower.”

The report notes that it’s not necessary to find the constellation Gemini to view the meteor shower, however, since the meteors will streak the sky in various different directions, as well as in front of many age-old constellations. You will even have the opportunity to see the shower when looking directly away from its radiant point, but, if you follow the path of any Geminid meteor backward, it will ultimately bring you to the constellation Gemini the Twins.

Need another reason to geek out? Jupiter will rise in the east at about the same time the Geminid radiant reaches its highest point in the night. So, along with admiring the Supermoon and the meteor shower, you also have the opportunity to view this sole visible planet from 2 am until dawn!