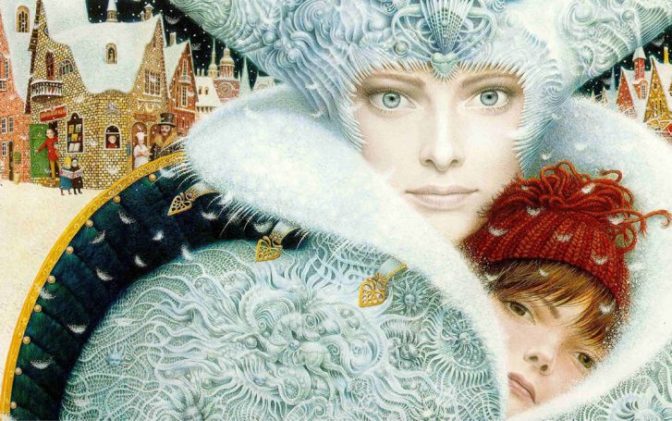 This is a response I often hear from parents when I recommend Grimm’s fairy tales as basic reading fare. The idea of regaling their young children with stories of orphans and witches, kidnappings and murders—at bedtime no less—is daunting, understandably.

As parents we tend to want to present something of a Hallmark world to our children, so we naturally gravitate to soothing, sunny, children’s books, including sanitized versions of fairy tales classics. Wishing to shield them from the darker aspects of humanity, such as anger, greed, anguish, and cruelty, we wean our children on the proposition that people are all good.

The problem is that even the youngest child knows differently in her heart of hearts—especially given our current world situation, with so much upheaval in the collective atmosphere, and so much anguish roiling in many parents’ psyches.

“Children know that they are not always good,” points out child psychologist and fairy tale scholar Bruno Bettelheim, “and often, even when they are, they would prefer not to be. This contradicts what they are told by their parents, and therefore makes the child a monster in his own eyes.”

One needn’t be quite so darkly Freudian to realize that all children struggle with psychic pressures of various kinds—inner impulses of the soul that are a natural part of growing and developing through each stage of life. If we as parents offer them nothing that suggests that we recognize and sanction these powerful forces, both light and dark, children may expend precious life force repressing them.

When we gift our children with lovingly told fairy tales, we offer them an exquisite mirror in which to meet themselves, material to give “life to the power of imagination lightly dreaming beneath the intellectual layer of consciousness, powers which are already there pressing for development.”[1] The highly imaginative, unambiguous world of fairy tales ingeniously provides a home for the child’s deepest soul stirrings, a crucible through which the child, unconsciously, becomes conversant with and gains mastery over inner conflicts.

Courage is emphasized, together with growth of the tale’s protagonist, and good always triumphs in the end. After hearing her first fairy tale—“Little Red Cap”—one mother’s four-year-old daughter, with eyes very wide, declared, “Mommy, this is a very important book.” “Why, love?” “Because there is danger!”

“Whither away so early, Little Red-Cap?”

It is important, in giving our child the gift of a fairy tale, that we not explain its “meaning,” which robs the child of the experience of bringing his own soul and imaginative forces to the task of implicitly sussing out its particular relevance to him. Nor that we give her pat, definitive answers (“No, sweetface, there’s no such thing as giants/witches/Rumpelstiltskins”…) and thereby defuse the tale’s power to enchant, and to inspire the child toward weaving individual solutions to her unique dilemmas.

The wolf thought to himself: “What a tender young creature! what a nice plump mouthful—she will be better to eat than the old woman. I must act craftily, so as to catch both.”

Herein lies a fundamental irony in the parenting norms of society today: we sincerely profess our desire to protect our children from knowing too much too soon about the troubling aspects of the real world (and thus recoil at the idea of Grimm’s grim tales), while at the same time hurrying them in so many other ways into that self-same adult world, including clothing, media and bedtimes. However, one of the most insidious ways in which we “adultify” children begins when they are much younger, long before they challenge us with such time-honored lobbying tactics as “But everyone’s wearing/doing/getting it!”

…and then he said, “See, Little Red-Cap, how pretty the flowers are about here—why do you not look round? I believe, too, that you do not hear how sweetly the little birds are singing; you walk gravely along as if you were going to school, while everything else out here in the wood is merry.”

One common mis-step parents take in this era of equal rights for everyone (a sound principle for politics, but not parenting) is that they fail to establish from the very beginning their roles as loving but firm, authoritative guides in the lives of their children. They usually get the “loving” part all right, but often falter on the “firm, authoritative” part.

Whether due to over-compensation for their own childhood legacy of over-rigid, punitive, authoritarian parenting; a collapsing of parental responsibility due to their own soul issues; or simple flagging confidence due to lack of experience, information, support, or role models, parents are becoming—okay, I’ll say it—wimps.

If one were to listen in on many a parent’s conversation with their young child, it wouldn’t take long to hear what is in my opinion one of the most damaging (when used with a question mark) 4-letter words for a child: “Okay.” As in, “It’s time to get ready for bed now, okay?”

And then there’s the friendly, 4-word, discipline-disaster-in-the-making, “Do you want to…” As in “D’you want to get your sweater so we can go to school?” Talking to a young child in this way essentially enlists him as a co-decision-maker, with a level of influence and responsibility that ends up making him extremely anxious—though he doesn’t know why—and, ultimately, a “difficult child.”

Similarly, an over-relaxation of limits for middle- and high-school age children can make for insecurities, even as their boisterous opposition to the rules masks that face.

“Lift the latch,” called out the grandmother, “I am too weak, and cannot get up.”

The reasons for our collective softening as parents is a story for another day, but a contributing factor is the techno-materialism that has insinuated itself between not only parents and children, but parents and their wiser, stronger selves. And Neil Postman[2] builds a compelling case about the growing blur between childhood and adulthood in this age of electronic media, due to the ascendancy of the image over the printed word.

Childhood (and adulthood) thrives only when information, exclusively controlled by adults, is made available in stages to children in appropriate, psychologically assimilable ways—such as when it was primarily in written form. In an image-laden, media-saturated world, there are few secrets. I would suggest that even when we have committed to shelter our young children from media, we can still fall prey to this societal tendency to blur the boundaries between what we know and what they know.

“Oh! but grandmother, what a terrible big mouth you have!”

“The better to eat you with!”

It is suggested that the deceptive power to mislead the soul’s pure nature is always portrayed in fairy tales by a wolf. Little Red Cap, whose hood symbolizes the emerging ego, wants to know everything about the world.1 Such knowledge also calls forth the darkening forces of matter. It takes experience and maturity to deal with such forces—and to guide our children in dealing with them.

In today’s information age, the wolf is always at the door. And lest we forget… the wolf had to first deceive and mislead the grandmother before claiming the child.

Image of Vladislav Erko illustration by sofi01 through a CC license

[1] From The Wisdom of Fairy Tales, by Rudolf Meyer.

[2] The late Postman was an important author and social critic; the referenced book is The Disappearance of Childhood.