Word-Majik, Spell-Binding, and the Refined Art of Syncretism & Etymology 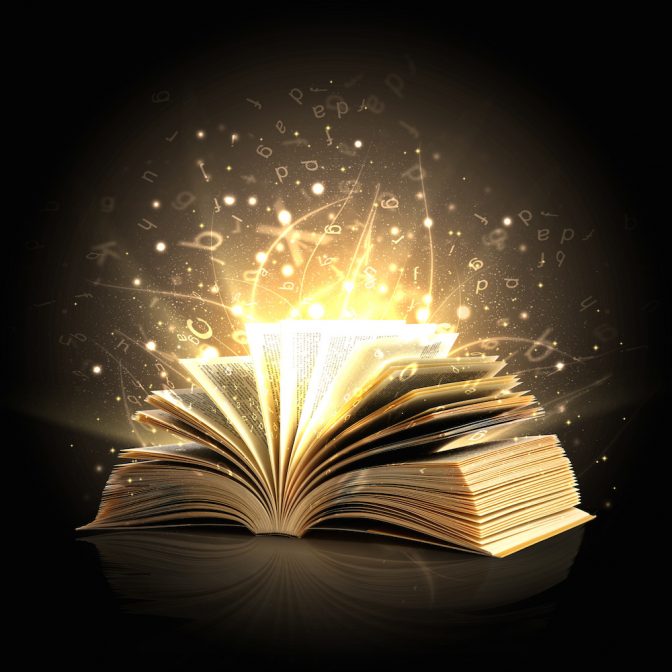 It is my great pleasure to invite you into the study of Syncretics and Esoteric Etymology.

Syncretics is a term I use as a formula for learning, with the term syncretism as the act of applying this formula. Syncretism means the ‘reconciliation of differing beliefs’ from Greek synkretismos , from synkretizein , (that being ignore-ance and separation from our common origins) from syn- ‘together’ as in ‘to sync together’. From my perspective, it is about searching through all sources of information, despite differing beliefs and opinions, and sifting through it, in order to find the most valuable nuggets of truth, and to find the common root similarities, so that we may see how all the pieces fit together to provide a much larger and unrestricted view of reality, in order to better understand ourselves in relation to one an- other, without declining into argument and dispute over seemingly opposing perspectives and points of view, or points-of-you.

It’s about turning over stone, the good, the bad, and the ugly, to see what lies beneath, regard- less of our own personal judge-ment (judging the mind/ ment: Latin, meaning ) of what it is that we may find. If you fear something…. The more you learn about it, the more understand- ing you gain. Suddenly, you know about it, and although you may still dislike it, you no longer fear it, because you realize its not the thing itself that is ominous, but rather, only your limited understand- ing of it.

“Its hurling yourself into the abyss and discovering its a featherbed.” – Terence McKenna

All Information is inherently neutral. It is only when passed through the mind of it’s observer, that it gets imprinted with polarity (good vs bad, light vs dark, + vs -), based on the preconceived notions accumulated by one’s own background experiences and picked up from our social env-iron-ment.

Only when weighed on the scale of one’s own Heart, against the feather of Truth, and then re- fracted through the Prism of the Mind, can one easily discern Truth from fallacy.

When we start to see how all things connect in some way or another, then we start to see a pattern emerge, that illuminates the similarities which con- nect all fields of study and learning, from science, art, language, number, music, astrology, geometry, theology, mythology, and just about every other area of Learning and communication.

For me, this journey is all about getting to the heART of the subject matter, to where we can finally see that everything has a valid right to exist, so long as we’re not imposing on another’s ability to choose freely, and that includes the suppression of information as well.

I often see the greater reality likened to a Universal Library, the Akashic, if you will, and in this Library, all things exist simultaneously, parallel to one another, just as the books in any library. All books have an equal right to be available for anyone to study, and just because some of them may not be our own personal preference, that doesn’t make them any less valid to be there.

If any section were to be quarantined because of our own personal judge-ments and preference, then we would be impinging on another’s free will choice to read from that section, should they have the desire to. That is how our own personal judge-ments, pre- judices, and biases can actually limit others’ growth when we choose to suppress information.

Each and every one of us has a completely unique life experience, based on all the things we’ve seen, places we’ve been, books we’ve read and knowledge we have acquired along our own journey, and we each hold a one-of-a kind piece that fits into a uni- versal puzzle. We now know that his-story has been fragmented, re-written, manipulated, and white- washed throughout the millennia, and it is now not only our duty, but also our great pleasure and joy as a species to be sitting around a universal table, all contributing our individual piece of informa- tion to put this puzzle back together in order to see the bigger picture, and if even a single one of us chooses to with-hold our unique piece because of how we think others will react to it, then we are do- ing a huge dis-service to others who need that piece in order to finally see what they may have been searching for their entire life, just as I was.

I know if someone had chosen to with-hold the things that I now know because of how I would react to it, then I would never be where I currently am today and would not have found the answers that I had been seeking my ENTIRE LIFE, and I couldn’t imagine what could be more valuable. To me that would be the ultimate crime… the obstruction of information.

Now that we’ve dis-cussed my views on Syncretics, lets explain etymology. In order to introduce you to the under-standing of the mechanics of word etymology, we are going to show you the very etymology of the word ‘etymology’.

The very word ‘etymology’ comes from much more ancient roots, spanning throughout his-story and many different cultures and languages, as is the case for all words and forms of language and communi- cation.

Etymology comes from: ethimolegia ‘facts of the origin and development of a word’ from Old French et(h)imologie (14c., Modern French étymologie), from Latin etymologia, from Greek etymologia, properly ‘study of the true sense(of a word)’ , from the root words of: etymon “TRUE SENSE” (neuter of etymos related to eteos ) + logia (see – logy).

So etymology is a compound word, which comes from the root words of Logia, meaning ‘the study of’ and etym, meaning ‘the true sense’. So in other words, we’re talking about getting to the true essence of what concepts mean by studying the very words used to describe these concepts. Now let’s dive into what the word esoteric means and how we can apply it in order to gain wisdom and understanding.

Esoteric comes from Greek esoterikos ‘belonging to an inner circle’ from esotero ‘more within’, comparative adverb of eso ‘within’, related to eis ‘into’, en ‘in’ (see en-).

In English, originally of Pythagorean doctrines. According to Lucian, the division of teachings into exoteric and esoteric, originated with Aristotle.

So in other words, the eso and the exo could be lik- ened to a donut, where the eso would be the donut hole, which is consumed far less frequently than the exo which is the outer ring, (likened to the rings of Saturn, who is known as the ‘Lord of the Rings’) which is gluttonously consumed en masse by the ignore-ant masses.

So the eso-teric understanding is the Inner house of true wisdom, while the ex-oteric is the outer shell of false facades, fake masks, lies and bullshit fed to the masses who are ex-cluded or ex-communicated, or ex-iled from the truth of the inner wisdom of the wise-dome of the inner temple, because they are too busy beating around the bush from being fed bullshit by the mainstream institutions. So the eso prefix is the same as the en prefix, meaning within, as in endo-thermic or endocrine, as in “the truth lies within you,” as opposed to the hex (Saturn) of the EX, which is the outer, as in exo-thermic, or exo-skeleton, or the false bullshit of the savior fig- ure that lies outside of you, up in the clouds some- where.

So this is exactly why Holly-Wood and politics will always shows you the character of the two faced liar, the false facade of the fake mask, which is the very calling card of the Jester, the Joker, the Jack, the fool, the bullshitter, the politician!!

So you may have not-iced by now, that I seem to use unique formula of spelling in order to paint an image of the concept that I am conveying. That is exactly what I am pointing out with this academy, is that letters are pictographs and images, and a single image can paint a 1,000 words, a single symbol contains entire universes of information within it, so words, symbols, numbers, and letters are code that can be de-cy-phered, and re-programmed in order to influence our per-cept-ion.

This is not about using this knowledge as a form of manipulation. (which has already been done for thousands of years since the ancient times of the Phony Phoenicians who gave us our modern Phon- ics and Phonetics….. does the phrase ‘hooked on phonics’ ring a bell?) This is about reversing the programming and mind control that been instilled within us for thousands of years via government (govern: Latin- meaning to steer or control+ment: Latin- meaning mind) regulated institut-ions, and spelling, which is known as spell casting or spell binding , as in to bind and tie us into servitude of the mind by the use of their spelling.

So we are actively breaking that spell by breaking down the very words, symbols, letters, and phonics that have been used to paint or white wash our per-cept-ion of reality. There are many great minds, artists, philosophers and thinkers who have caught on to this through the ages and have left clues and great wisdom for us to see, if we only had the eyes to see it!

I go by ‘Made Manifest’ My vi-sion for heading the Syncretics and Esoteric Etymol-ogy (SEE) Academy is to share as much information as possible, which can help dissolve boundaries and barriers between our under-standing of each other in order to achieve greater cl-air-ity and thus eliminate the primitive monkey-chatter response of missed-understanding which leads to separation, argue-ment (arguing of the mind) and de-bate (which literally means to ‘beat down to death!’) so that we finally/finale see that every point-of-you is valid when we begin to use a formula to break down walls between commonly cherished ideas, which are usually the dogmatic result of cult-ural programming. If I were to imagine a scenario that sums up my mission, I would liken it to sitting at the command center of a universal information hub, working the switchboard, absorbing data and dishing it out in front of as many faces as pos- sible, sort of like what mainstream media does, sifting out the Truth from the bullshit, whereas they only serve up the fresh steaming platter of bullshit completely distilled from the Truth…I hum-bly and great-fully invite you to join in our journey discovery as we each have a unique per-spec-tive that is valuable beyond measure and we can all con-tribute something special during this great time of Apo-Calypso. Gratitude (great attitude),

Love and Wisdom to all. Namaste.