Workings of the Stars in Earthly Substances 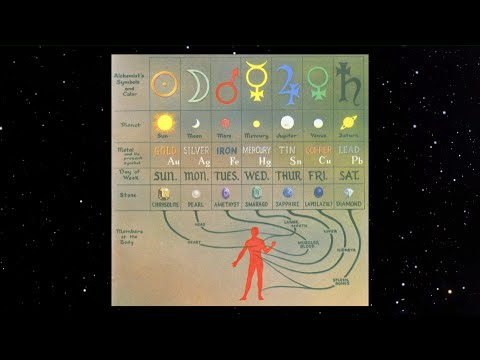 An introduction to the extraordinary metal-planet relationship experiments of Lili Kolisko, a significant scientific associate of Rudolf Steiner.

Lili was one of the great unsung scientists of the 20th century who via decades of crystallisation experiments in sync with geocentrically-observed cosmic motions and positions described a qualitative direct relationship between the 7 luminaries of old (Sun, Moon, visible planets) and the 7 noble metals (Gold, Silver, Copper, Tin, etc) as was held as canon in alchemy and ancient mystery schools (i.e. Gold=Sun, Silver=Moon, Copper=Venus, etc).

As Above – So Below

The Hermetic Axiom “As Above, So Below” has a far more profound interpretation than modern orthodox consciousness allows with its petty materialistic limits. Lili Kolisko ennobles the path to awakening our supersensible consciousness – a definite remedy for the subsensible, sub-material quantum world explanations of orthodox science.

“True Science will lead us to the acknowledgment of spiritual facts. The unison of Science, Art and Religion must come in the near future. Scientists must arise who are at the same time endowed in their souls with the qualities of an artist and a priest. Science must again become a holy Art, if an unholy natural science is not to lead mankind to destruction.” ~ L. Kolisko

This is a narration of Lili’s work published in Stuttgart, Germany 1928.
Words and text here:

Working With the Stars In Earthly Substance – The Solar Eclipse, June 29th, 1927

Working of the Stars lecture