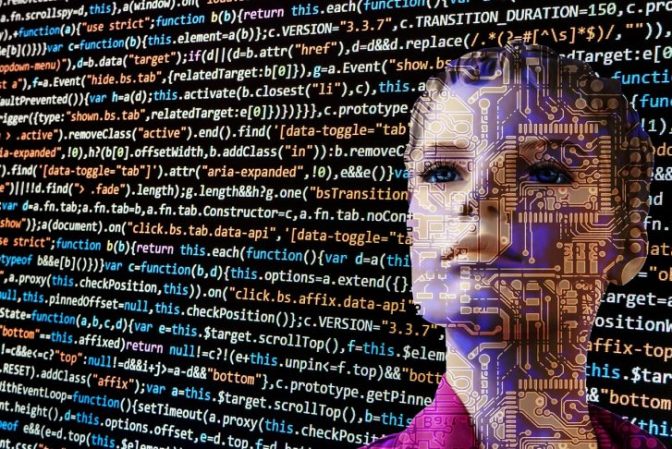 (ANTIMEDIA) Beijing, China — In China, where artificial intelligence (AI) is gradually being integrated into the court system, the latest development is a robot that helps litigants with legal advice. Xiaofa, the state-run China Daily reported Friday, is 1.46 meters tall, can move its head and hands, and speaks in a child’s voice.

“Xiaofa explains complicated legal terms in everyday language to help the public better understand legal definitions,” said Du Xiangyang, the founder of the company that designed the machine. “We used a child’s voice to ease the tense emotions of litigants who come here for help.”

On the screen on the Xiaofa’s chest, answers to “over 40,000 litigation questions and 30,000 legal issues”will appear for those seeking advice, China Daily reports. Legal professionals tested the machine before it debuted in a Beijing court on Thursday.

Ma Laike, deputy head of Beijing No. 1 Intermediate People’s Court, says incorporating artificial intelligence into the legal system “will decrease the cost of litigation, save trial resources and improve the efficiency of justice.”

Xiaofa isn’t the first AI to make an appearance in a Chinese court, and it certainly won’t be the last, as China Daily explained in its Friday article:

“The Supreme People’s Court has ordered Chinese courts at all levels to build technology-friendly systems for lawsuits and explore the use of big data and AI to help judges and litigants search documents and resolve cases.”

Last October, the country unveiled Faxiaotao, a robot that helps people determine if they have a lawsuit. If the robot determines they do have a legal issue, it also helps them find the right attorney. Jiang Youyi, who is in charge of Faxiaotao’s technology, used copyright infringement as an example in describing the machine’s function.

“Within a few minutes, the robot verifies whether there is an actionable unfair competition dispute and tells the inquirer who the three best specialist lawyers are to handle the case,” he told China Daily.

On the criminal side of things, the Telegraph reported in August that AIs have helped determine sentences in over 15,000 cases since debuting in Chinese courts last year. Those robots, which the outlet describes as having “heads shaped like toasters,” can approve indictments and even generate search warrants.