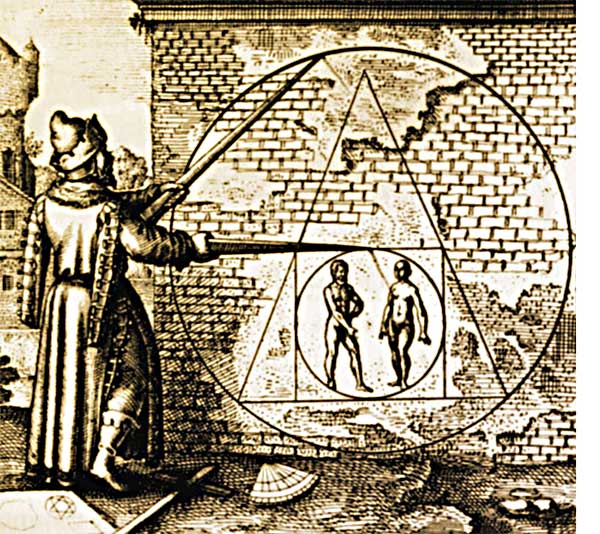 “If we can sublimate all the aggressive energy focused on destruction into creative unity and progressive attainment, the world would transform instantly.” – Robert Mesure

Robert is a young Sydney-sider with a penchant for writing, metaphysics and Alchemy, coupled with a souls’ desire for a ‘re-structuring’ of the current educational curriculum.

Due to long rest periods and long waking hours, we have divided our psyche in two. The circadian rhythm of humanity has been out of balance and progressively continued to administer bifurcation since the fall of duality. This is the reason for much disorder within the structure we experience as daily life. We have reduced our life span innumerably, and cut off many spiritual gifts. Technology is a reflection of us, yet sustaining a degree of restriction.

Duality has accumulated genetically and sociologically in the majority of the populace. The outcome of this so far has perpetuated religion, antithesis, industrial revolutions, wars and economic disparity and scarcity. Darkness is a term misunderstood and feared by many. There is no-thing to fear, the ‘darkness’ is only that which we have pushed into the unconscious, and it should not be denied, but brought into the light, integrated, dealt with, transformed and utilized. It is up to us to bring about the cosmic harmony of evolution.

That being said, through the experience of limiting the human potential, the desire to birth and bring to fruition a revelationary, transparent global community is more present than ever. It is only within the heart that there is no duality, and so it is from this place we must build.

Shifting the Circadian Rhythm to its Natural Function

It is very uncommonly known that humans actually need the balance of the negative ions of lunar and the positive ions of solar. We are not supposed to sleep only at night, and we are not supposed to be awake only in the day. The body, mind and spirit needs a balanced circadian rhythm. The body requires both lunar ionic charge and solar ionic charge for neuronal growth, for the correct absorption the spirit needs to be rightfully grounded within the physical body. Funnily enough the mind is most active just before dawn.

During the awake state the body generates a chemical that discharges during sleep, this chemical is what

is responsible for tiredness, if you continue to sleep hours after it discharges, it distorts the body and inflicts lethargy, mentally, physically and emotionally. Having extended rest periods and extended awake periods divides the psyche into two. A majority of creativity becomes situated in the unconscious, in the sleep state, as is telepathy, psychic abilities so fourth, whilst all your logic, alertness , focus and intelligence is situated in the awake state. By shifting this sleeping pattern into 4 hour rest periods our spiritual, astral and physical body harmonize into their natural state of affinity. What was once divided into two, merges and becomes one. The dichotomy currently being exercised has cut off a plethora of our abilities, potentiality and mental capacity. The sleeping psyche needs to wake up, just as when you become aware of your unconscious it becomes conscious and you can utilize it.

4 hour rest periods 16 hours apart is the natural cycle of the body. Not only during extended rest periods does your body neglect the ionic harmony and divide your psyche, but your body starves also. Polarities reverse during awake, and sleep states which makes it mandatory to sleep and be active at both of the aforementioned for perfect mental, physical and spiritual balance . There is much more concerning this subject, but we will save that for the “classroom”.

Technology is a Reflection of Us

Technology is a reflection of us, yet sustaining a degree of restriction. We are actualizing potential on an

exterior level. Instead of progressing as evolutionary, spiritual, bio-conductive beings. we have administered these traits of infinite potential into abstract liaisons of limited, productive self-negligence. Psychic webs of reactive waves produce the spiritual matrix which electrifies light forming matter, this physical world is a psychic instrument. We have come to a point where we are consistently technologically developing.

Working towards goals together in a lively yet uniform modality without hierarchical and dogmatic criticism impels infinite opportunities. By allowing our youth to work, our constructive criticism opportunities are changed and action is also. When each and every last individual has the same opportunities due to equality it raises the level and amount of opportunities first recognized. We are each like a microbe an integral cell composing a higher being and a portion of its creative merits, we can only

function at our full potential when all cells are individually proportioned in harmonic cohesion. Not necessarily synchronized at the same resonance; although this should be aspired, but receptive and identifiable in a feed back loop of co-operation. We function as independent integrals forming the organism of humanity, if we realized this truly magnificent nature of our being, we could coordinate ourselves in ways innumerable. This doesn’t mean we give up our individuality but that we all share the same common goal and most importantly love. Each individual “cell” or “entity” can take on the totality as the totality is composed of these “cells” that you represent, once you become more aware and evolved in your endeavors of love and progression you become more unified and embody more of the whole, while adding onto its fecundity through your individual ever forming self.

More Opportunities for Expansion of the Soul

Supporting the un-learning of various onerus aspects of culture conditioning actualizes an environment for individuals to not only feel the truth of their purpose and individual gifts, but to practice them along with motor skills, emotional development and intuitive resonance. Such investment would provide the opportunity to have a broad unlimited spectrum of uncensored, undiluted personality. Allowing and providing space for our children and young adults to grow into their full extension of potential without the perceived ‘right’ or ‘wrong’ inherent in a large portion of current result based social conditioning, would bring about the process of enlightened maturation at a hastened rate. We would witness more opportunities of expansion of the soul and the higher self.