Zero Waste Solutions in a Village 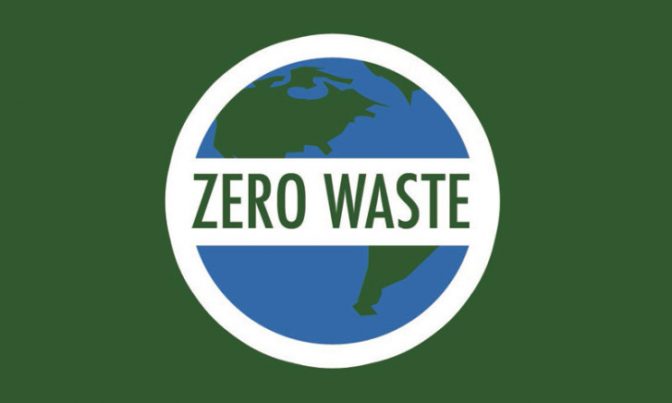 It’s easy for villagers to work together because they know most of the people living in their village. This makes the task of seeking a zero waste solution in a village much easier than tackling a city with a million citizens.
In Wales, the Monmouthshire Environmental Partnership Board has been trying to help villages come to terms with the zero waste idea. They’re trying to promote easy ideas that can reduce and recycle as much as possible while treating waste as a resource, rather than 100% waste.

The community recycling people have provided an initial supply of boxes and tins for sorting paper, card, tins, plastic bottles and batteries. The aim is to make everything easy, otherwise people will consider recycling a chore and won’t bother with it.

They also supply posters and leaflets for all. There are educational packs for children and adults with prizes for children such as recycled stationery sets. School grounds will get to see new trees planted as a reward at a later stage.

In Monmouthshire, education has been the way forward and by teaching the children the zone expects that tomorrow’s adults will take zero waste for granted as opposed to the view held by most of the adults who would like to help, but maybe don’t have the time or inclination.

By using exhibitions, showing composting in action and other activities, school recycling champions are being used to promote keen awareness.

The key message is how to make zero waste an easy option.

For example there are videos on how to recycle the day’s garbage:

and what’s easy to recycle:

The first community chosen to target zero waste in villages was St Arvans, a collection of just 273 households. Research showed that the village would be a suitable first test because the people scored high on current waste collection methods. Some 85% of residents already used the ‘black box’ containers – these collect paper, glass, cans and textiles along with food and, separately, garden waste.

An obvious task was to increase both the amounts and types of items collected along with getting more people to join the scheme.
Here’s St Arvans’ first YouTube film:

Over time plastic bottles, rigid plastic and paper drinks cartons were added. This increased the success rate to 95% of the village population attempting to recycle.

The target was to set a week when residents would have zero waste. Since that success, they’ve added more items to the recycled list and residents now report only putting out other waste once every two weeks rather than weekly.

Residents were asked what other materials could be collected which meant that ash from open fires, plastic bags from stores and batteries joined the list of recyclables. Soon they’ll be adding printer and toner cartridges and mobile phones.

What Are The Results Of Action?

So how has it worked out? Research shows that domestic waste has been reduced by 77%. Experts show that this is equal to saving 43 trees and enough energy to light a single bulb in every village house for 37 hours a month.

Residents are now changing their buying habits as well. They’re only buying items that can be recycled or used for other purposes. They check the packaging of every item to enable them to refuse to buy items that don’t match their goals.

Monmouthshire has also added Abergavenny to the village list. This village falls at the opposite end of the spectrum to St Arvans.

Just 36% were participating in any recycling. After the same education and action they’ve now reached 69% which by coincidence is the county’s average.
In making everything easy and cost free for residents, the county gave away compost bins. Checking the figures for just five weeks, 1/3 tonnes of waste a year are being diverted from the 100 households in the plan rather than going to landfill, all because of home composting.

This experiment shows the easy methods that can be taken to other villages, not just locally, but globally. Perhaps one day we will have zero waste cities (Masdar City in the UAE is looking positive), oil rigs, Tripbase flights, amusement parks… the list goes on. Substantial lessons have been learnt, particularly in gradually adding the items to be recycled rather than doing them all at once, coupled with quality education aimed at making the process simple for everyone to be involved.