The Shift Has Hit The Fan

Patty Greer has attracted Fox Friends for the last 40 years.
Something about Matching Energetic Frequencies…

It’s Full Surrender Time Into New Paradigm Action!
Enjoy Gifts from Patty Greer & Friends Beginning December 20, 2016
Enough with normalcy and appropriateness, I’m going to tell you an interesting story. It’s a hidden story in our world today, I’ll tell you how to best move forward no matter what life throws us. (In my opinion)
So I’m going to begin with the punchline and work my way backward in case there’s an earthquake or something. This info may blow your mind, it took me 8 films & 10 years laying in Crop Circles to get it, to understand the REAL science. It actually took meeting Penny Kelly, one of the 2 brilliant people who worked diligently in a Michigan lab for 16 years studying the benefits of Crop Circle & their origin. 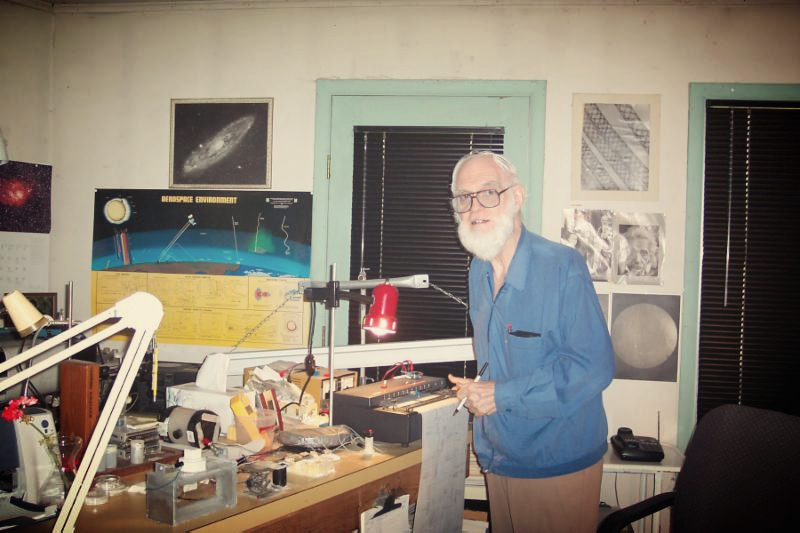 William Levengood was a great scientist focused on plants and soil since the 1950s. He published evolutionary articles in more than 40 respected journals during his years of service to humanity. Penny Kelly has been a master teacher of consciousness and intuition (23 books). She is humble and quiet but don’t be fooled! Together they were unstoppable with their findings about the seeds being highly enhanced after being hit with the spinning plasma frequencies!! 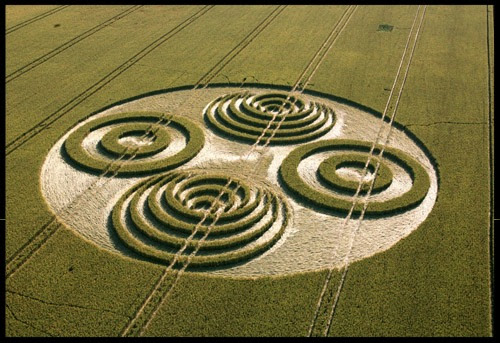 Here’s the punchline of their theory: Crop Circles are coming out of the Earth in counter rotating vortices consisting of spinning plasma. There can be many different layers of frequencies, each with their own distinct boundary conditions. Some crop circles have elements of human consciousnes frequency added to the spinning plasma vortices such as when people meditate for a specific crop circle design or ask for a response. Sometimes Crop Circles have elements of ET frequencies added. In my opinion those are the ones with the massive buzz.
Their theory concludes that Crop Circles are NOT coming out of the sky, they are coming out of the earth!!! Wrap your head around that.
My research over the years agreed with theirs so Penny and I shared tons of evidence in Crop Circle Diaries. The combination of my personal experiences along with the research and conclusions of Penny and Levengood pretty much nailed the science completely!
Case closed once the world sees this film!
Crop Circle Diaries 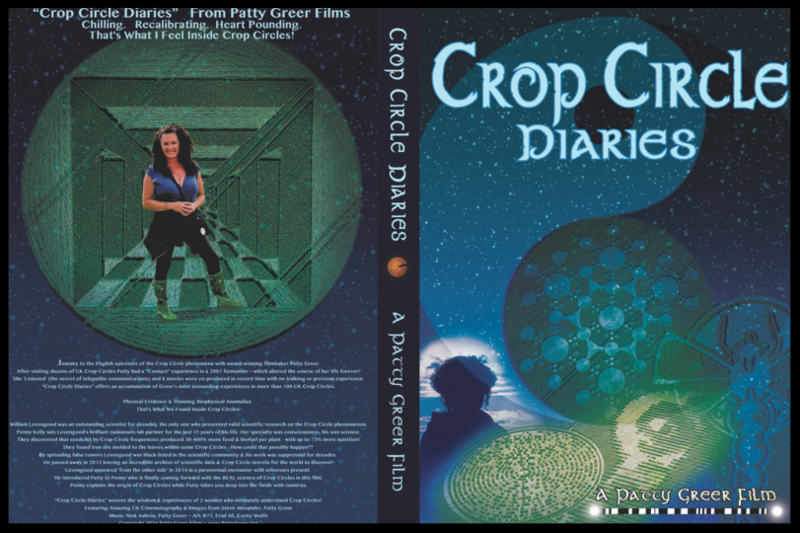 “Crop Circle Diaries” by filmmaker Patty Greer is so ground-breaking that it is the first film I have seen that should be made into a science textbook for mandatory distribution with the film, to:
Futurists
Agriculturalists
Nutritionists
Educators
All United Nations officials
All high school and university physics students
All elected public officials concerned with governance world wide
Crop Circle Diaries is a clear and transparent bridge from the Era of Energy = petroleum/nuclear + explosions to the Era of Energy = plasma + consciousness.
Crop Circle Diaries is an open invitation from Mother Earth to humanity from her intermediary, Patty Greer.”
___
Donald Schmitt 5/31/15

“Patty Greer is a breath of fresh air in the study of the crop circle phenomenon. It will be through her passion and dedication to solving this riddle that a final resolution is at hand… And the answer may illuminate us all.”
___
Stanton T. Friedman, Nuclear Physicist May 31, 2015
“I have known Patty Greer for a number of years and am very impressed with her film work and her willingness to dig deeply into controversial areas.”
___


You are The Shit Ms Patty! Thanks for hanging it out there for us. George Carlin is proud I’ am betting. Really, Thank You!
S. Harmon
___

My life got strange in 2014 when Penny Kelly and I were brought together by William Levengood in a multidimensional encounter a year after he died. I know that might sound crazy but it happened and witnesses were present. (It stunned me too!) Much of the data gifted to the film during the production process was NEW & impressive! You will see footage of balls of spinning plasma lay a Crop Circle down in seconds in both France and England! So perhaps this may be my final Crop Circle movie because somewhere between my 10 years laying in Crop Circles & 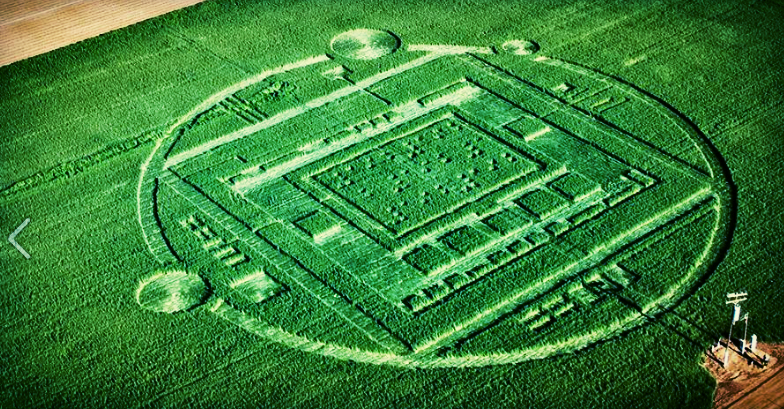 producing 8 UFO films through telepathy & Penny’s data that can help improve the world’s food supply, the world has said thank you but the “media industry” has hidden us completely. The suppression of ALL of our work & discoveries has been massive over the years! The hacking of my work has been insane this year. It’s become disgracefully disrespectful to me as a human and as a Woman, let alone a 6 time Award Winning UFO Filmmaker! They are hopelessly lost, let’s move on.
Here’s my Soul-ution: I decided to give the movies for FREE!
Let’s send them across the world so everyone can see them.
Penny Kelly and Alfred Lambremont Webre are also offering free gifts.
The new FREE GIFTING PROGRAM offers :
1 featured movie for 30 days
FREE unlimited movie streaming for anyone, anywhere, anytime
And 1 E-Book from Penny & 1 E-Book from Alfred
The first film being offered is:
The Shift Has Hit The Fan 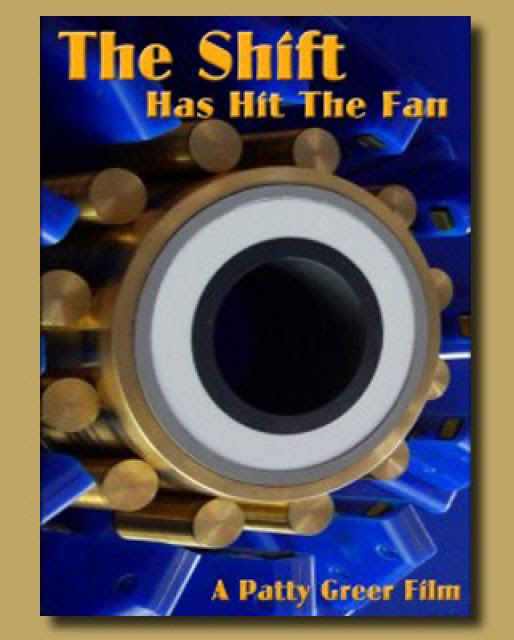 Enjoy the gifts & share the links with ALL your friends & social media! The Shift Has Hit The Fan connects the worlds of clean free energy technologies to Crop Circle messages. An impressive array of brilliant sources define the daunting secrets of our unspoken reality, offering REAL Solutions!

Consider buying a free energy generator for your home and never paying another electric bill again. The Searl Effect Generator (SEG) story suggests their SEG will be available soon for around $1,500 small home/$2,500 larger home or business. They will never need fuel or repairs because they run on magnetics.
Our evolutionary journey focuses on proven solutions of: Free energy, zero point technology, water cars, 3D printing, abundant organic food, clean water, healthy forests, returning wildlife, and honest humanity once again. Humans are an unstoppable evolving species that can bring about the changes we want to see in the world by working together! 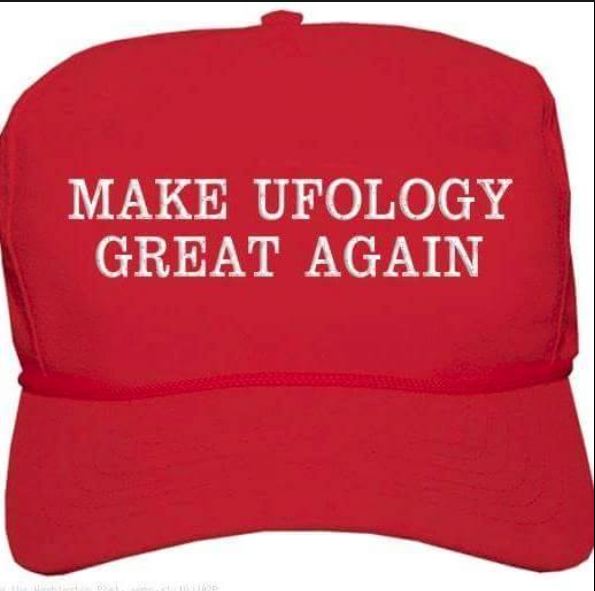 Check out my other films too! We begin gifting on December 20, 2016
Please help us make UFOlogy great again!!

After 30 days the free links will end & We will gift 3 amazing NEW links!
Be inspired to join us. Start gifting your important evolutionary work across the world for FREE too! Trust that support will show up in the perfect moment.* We need your help now to pull this off so Please donate if you can! XO
Donate Now 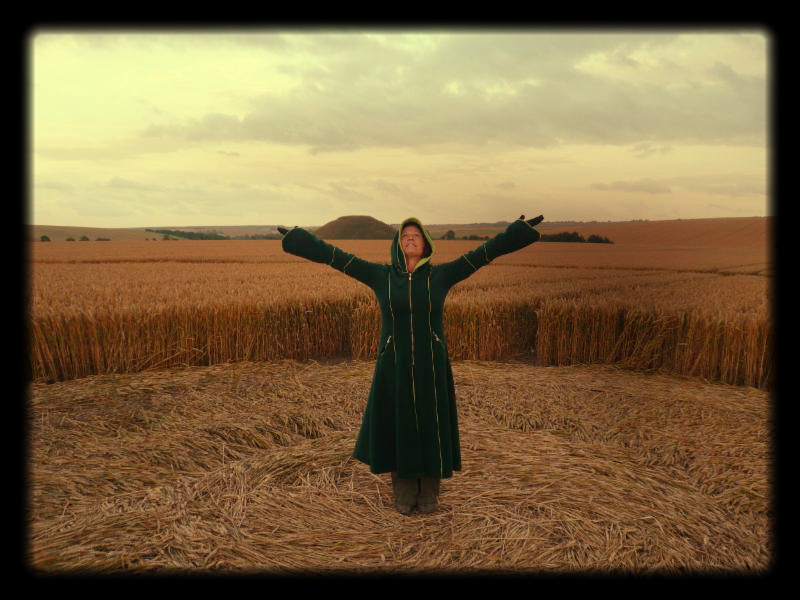 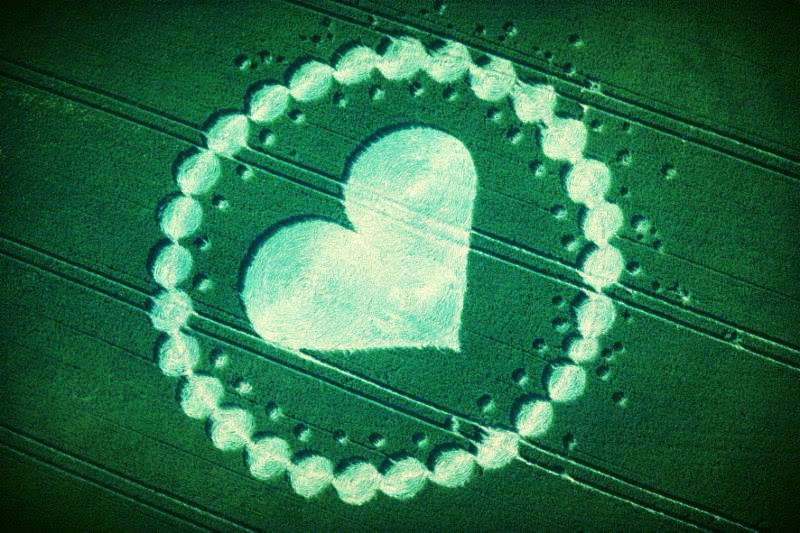 This Crop Circle message may seem simple at first glance.
Don’t miss the splatter pattern of dots around the interior & exterior.
They may be further clues and intentional codes…
Just Sayin!

*Many Blessings to Everyone & Everything*
May we move into a MUCH higher frequency together soon!
XO