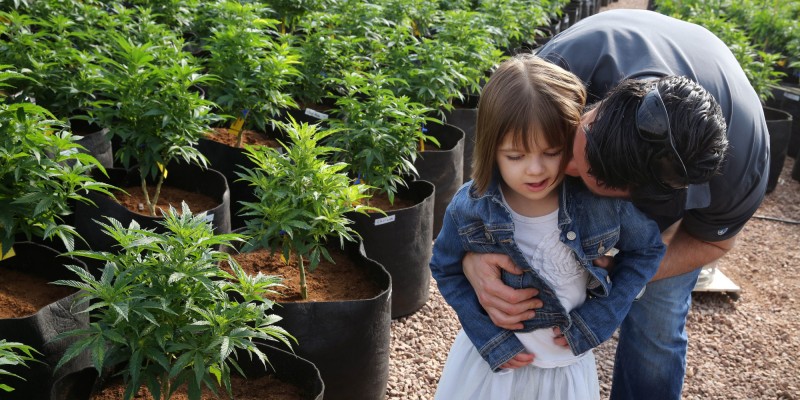 FILE – In this Feb. 7, 2014 file photo, Matt Figi hugs and tickles his once severely-ill seven year old daughter Charlotte, as they walk together inside a greenhouse for a special strain of medical marijuana known as Charlotte’s Web, which was named after the girl early in her treatment for crippling severe epilepsy, in the mountains west of Colorado Springs, Colo. Colorado is poised to award more than $8 million for medical marijuana research, a step toward addressing complaints that little is known about pot’s medical potential. Among the research projects poised for approval on Wednesday, Dec. 17, 2014, are one for pediatric epilepsy patients, and another for children with brain tumors. (AP Photo/Brennan Linsley, File)