Sweden’s Recycling Is So Revolutionary, They’re Going To Import Trash From Other Countries 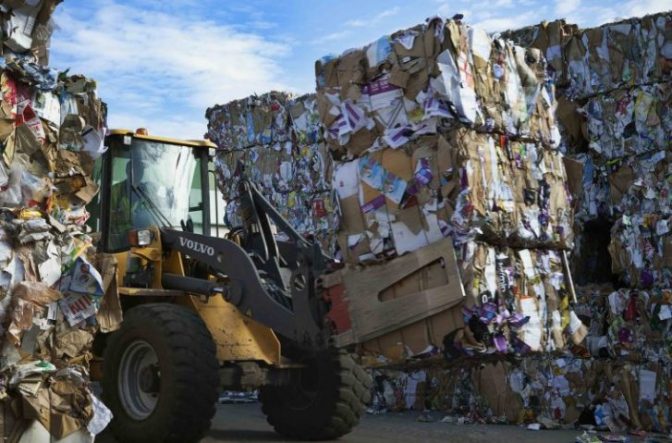 Trash is a global issue. In fact, it’s one of the biggest ones the world currently faces, impairing public health, polluting the environment, and threatening poor countries with overwhelming levels of toxicity. And despite the incredulous amount of garbage produced on our planet, more than half of the world’s population doesn’t even have access to regular trash collection. Some experts claim the issue is at a crisis level, and many people’s obliviousness to the problem is only making it worse.

“There is no end in sight to this trend,” the U.N. agency explains. “Public waste systems in cities cannot keep pace with urban expansion; rapid industrialization is happening in countries that have not yet developed the appropriate systems to deal with hazardous and special wastes.”

And while the United States, China, Brazil, Japan, and Germany are leading the pack of trash generators, Sweden couldn’t be more in the clear.

The Scandinavian nation is a recycling powerhouse, having implemented a national recycling policy that ensures the energy generated by waste goes into a national heating network to keep Sweden’s homes warm throughout the year.

“That’s a key reason that we have this district network, so we can make use of the heating from the waste plants. In the southern part of Europe they don’t make use of the heating from the waste, it just goes out the chimney. Here we use it as a substitute for fossil fuel,” explained Anna-Carin Gripwall, director of communications for Avfall Sverige, the Swedish Waste Management’s recycling association. The results have proven so impressive that Sweden is actually running out of trash to recycle.

It should come as no surprise that the country is an environmental step above the rest, since its government has made it known that protecting the Earth is not an option but a necessity. “Swedish people are quite keen on being out in nature and they are aware of what we need do on nature and environmental issues. We worked on communications for a long time to make people aware not to throw things outdoors so that we can recycle and reuse,” noted Gripwall.

The process has proven so effective that citizens aren’t generating enough burnable waste to power the incinerators Sweden relies on to keep them warm, and so the country has decided to start taking on waste from nearby countries to solve the problem, mainly Norway and England.

It sounds like a great tradeoff for the Swedes, as other countries can pay Sweden to take their excess waste, which Sweden will burn for its heat and electricity. In the case of Norway, for instance, the leftover ashes from the incineration process filled with extremely polluting dioxins will go back to the country and landfilled.

Hopefully innovations like this will motivate nations like the United States, where 55% of trash gets placed in landfills, to improve their recycling game. Should other countries take on Sweden’s system, the country can still turn to the biofuels they have ready to cover the gap in imported waste. It looks like Sweden will continue to stay ahead of the pack for quite some time.