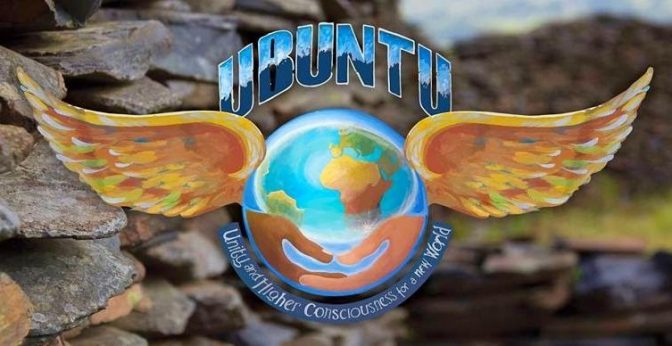 All my life I have been appalled by the human suffering and misery on our beautiful planet. Suffering that seems to continue as if there were no solution to the plight of humanity. And yet, in our hearts most of us know that there are solutions to our problems, and that these solutions are really simple. But our so-called leaders do not provide solutions. Instead, they sow more confusion and misery.

The philosophy of Contributionism as a new social structure was born in 2005. It was a consequence of my extensive research into the origins of humankind and the deeply convoluted path of deception that has lead us to this point as the human race.

After several years of testing the basic ideas against the many sectors of our current system, I realised many ancient cultures had similar systems by which their communities were guided.

Unfortunately much of this knowledge has been suppressed or lost through the colonisation of the world by the so-called explorers who invaded the land of native peoples stole the land from indigenous people everywhere.

Some native people, like the Cherokee, have a saying that “if it’s not good for everyone, it’s no good at all.” In Africa, we call it UBUNTU. But this philosophy was shared by hundreds if not thousands of ancient cultures all over the world. Although they may have called it by different names, it all seems to be aligned to the principles of UBUNTU. 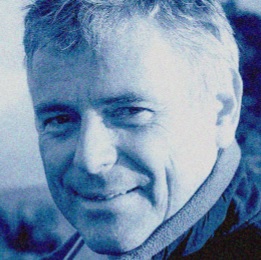 These united communities of the past have been maliciously destroyed by capitalism, industrialisation, modernisation and ultimately the absolute control by a handful of powerful and greedy individuals who have ruled the world for a long time and who want to continue ruling it at all cost. In 2005, I had what could be described as an ‘awakening experience’. Like millions of people around the world I began to realise that there had to be something more to this life than the strife and misery that so many people experience on a daily basis. I was determined to find a solution and I was not going to accept any of the usual feeble answers from a society that has slipped into complacency and accepted its fate as a slave race in blissful ignorance.

It became clear to me that humanity had become a deeply divided species on so many levels. In this divided struggle for survival and our relentless quest for modernisation we have become separated from our sustaining mother Earth. This human division is in direct conflict with the laws of nature and the resonance of unity consciousness that seems to be the foundation for all of crea- tion.

The great prophets and teachers of the past all tried to teach us the same wisdom: to stand united; to love each and honour each other and live in harmony with all of creation. In fact, these are the same values that many of us try to teach our children.

But suddenly at some mysterious moment in our lives, things change. We stop paying attention to those higher consciousness values and we fall into the routine of life and become entangled in the struggle for survival.

At this point we realise that we need to earn this thing called “money” to be able to survive and live on our own planet – the planet that we were born on. And suddenly this simple question began to ring repeatedly in my heart. How is it possible that we should need money to live on a planet that we were born on? Like many others before me I realised that we are born into pure slavery. This is indeed the great trap that has been set for us by those who control the creation and the supply of money.

We are trapped in a silent, relentless war of economic slavery that has been so cleverly woven around us that most of us are not even aware of it. This onslaught is controlled by the global banking elite that have taken the world hostage and made each and every one of us their slaves on almost every level of our existence.

All our natural resources are being mined and traded by multinational corporations that have more rights than living, breathing, human beings. We have simply become slaves of these corporations all in the name of money, greed and political control.

Most of us do not have the foggiest clue how it all works, how money is created and how a small number of banking families completely rule every imaginable aspect of our lives. They are the masterminds behind the global economic system that rules the world without being questioned or challenged. This system is designed to destroy everything that opposes it, to ensure its own survival. It has developed into a twisted form of consciousness that has confused humanity about our own destiny.

We are repeatedly told that our problems are insurmountable and that it is all very complicated and that only money can solve the world’s problems. We now know that this is a lie – because money does nothing. People do everything – people grow the food, build the bridges and solve the mathematical equations and create the most beautiful works of art. People do everything in great spirit and joy when they are allowed to do so. Money is the obstacle that prevents us all from creating and thriving.

And so, millions of people are waking up to this silent war against humanity and are standing united for change all over the world. People of courage and vision who know there is a better way ahead for humanity.

It is up to us to be happy or miserable. Personally, I choose love and happiness above all. I believe that this is the common thread that binds us all. But many of us do not know how to attain this state of bliss.

The great masters taught us that material possessions and riches will not bring us happiness. History has shown us that during great times of change, empires of the past have crumbled because of the greed of their leaders and revolutions can spring up overnight.

The time for great change is upon us once again. It is up to us, the people of the world to embrace these changes not through violence and confrontation but through love and unity for all humanity.

So let us actively begin to spread the message of Unity Consciousness, or as I like to call it, “the breath of GOD” to all humanity, which will allow us to heal our division and change the misery into abundance, within a global community filled with love for each other, instead of fear of each other. In 2005, I called it Contributionism . A global community where money is unnecessary, because the principles of Unity Consciousness triumph. In Africa, we call this UBUNTU.

It is on these fundamental beliefs of absolute equality and working together for a common purpose of abundance, in united communities that thrive on all levels of society, that UBUNTU Contributionism was established.

It follows the natural order of things in total harmony with nature, our planet, and all of creation. It does not mean going back to the dark ages or living in caves devoid of technology as some may think – in fact it means completely the opposite. Abundance in all spheres of life, beyond our wildest imagination.

We can no longer continue on the path we are on. If we are to survive as a species we have to discard all that is in conflict with our own survival and create a beautiful utopian future for our- selves.
Quantum physics and the Universal Law of Attraction teaches us that the observer can influence the outcome of an event and that we can manifest our thoughts and the things we visualise. But the Law of Attraction also responds to action and therefore we need to do something to realise our vision.

So – let us not only visualise this beautiful utopian world today – let us do something to manifest it with our hearts and the potential for infinite love we all have within us, as part of the infinite creation. The first thing each one of us can do is to share our knowledge with others about the bright future for all of humanity within the UBUNTU Contributionism system.

The UBUNTU movement has members in over 205 countries of which about 125 are launching UBUNTU Parties to follow the example we set in the South African Elections on 7 May 2014. This will result in a global movement of consciousness that transcends borders and language barriers and injects the virus of consciousness into the political beast that has caused so much suffering amongst the people.

We do anticipate that in the next five years there will be UBUNTU Parties in various parliaments of the world helping to speed up the change we are visualising. Please join the UBUNTU Movement on our website and do something to contribute – something that comes from your heart.

Our strength lies in unity.
Michael of the family Tellinger
9 June 2014.
www.ubuntuparty.org.za