5 Year Old Abandoned In Colombian Jungle For 5 Years, Befriended By Monkeys & Sold Into Brothel – Today She Shares Her Story 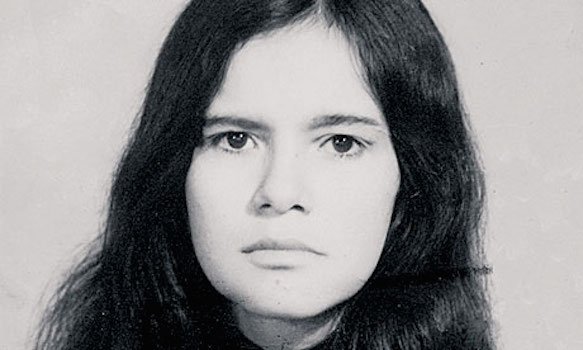 Marina Chapman’s life story is one that is so extreme, so inconceivable, that many find it difficult to believe.

Kidnapped from her family at a young age, abandoned in the perilous Colombian jungle, befriended by a troop of reticent primates, and now, decades later, revealed in a best-selling memoir – Marina’s story stands as a radical case of adaptation and survival.

In fact, Marina says she was first reluctant to share her experience with the world because of its extremity, but her daughter, Vanessa James, would not allow the story to fade into oblivion. With persistent coaxing, Marina, along with her daughter Vanessa and writer Lynne Barrett-Lee, worked diligently to piece together a foggy memoir that, once completed, would ignite public controversy and shock readers worldwide.

The Day Everything Changed

Shortly before her fifth birthday, Marina recalls playing in her family’s vegetable garden, which, to her now evanescing memory, was likely in Venezuela or Colombia. She says she became aware of two adults behind her, and before she knew it she was taken away, with sounds of crying children being her last memory before she blacked out.

The next thing she knew she was being driven deep into the Colombian rainforest, where she was then dumped and abandoned. It soon became clear to Marina that no one was coming for her, and that finding some sort of sanctuary was absolutely crucial to her survival.

After countless hours of weeping and wandering the treacherous jungle terrain, Marina stumbled upon a group of small monkeys. She explains how she became completely infatuated by their antics, even feeling envious of their tight-knit bond. However, it was clear the monkeys had no interest in the stray human.

At one point, Marina recalls the moment when things changed between her and the group of primates. After falling severely ill from tamarind food poisoning, Marina says that one of the elderly monkeys, which she now calls “grandpa,” guided her to muddy water. Marina drank the water, vomited, and eventually recovered.

From this moment onwards, Marina says she felt welcomed by the monkeys, and began observing their instinctual behaviour in order to gain some sort of survival skills.  How to climb trees, what was safe to eat, how to clean herself, all of these habits she picked up on quickly.

Thankfully, she soon discovered that if she stood underneath monkeys carrying armfuls of bananas, they would inevitably drop a couple, and if she was quick enough she could grab them for herself. Marina inescapingly found herself assimilating into life in the wild, and as the years went on, who she was before all of this was steadily becoming a distant memory.

Marina explains that if it weren’t for the monkeys, which were thought to be capuchins, she most likely wouldn’t have survived. Capuchins are known to be well-cultured towards humans, so it makes sense that they would eventually accept Marina into their territory.

But was Marina actually “raised” by these monkeys? Not entirely, she explains.

“They were just tolerating at first. They don’t really love you. One day one of the younger ones landed on my shoulders, and if you’ve never been hugged in your life, and this animal climbs over your shoulders and puts their hands on your face, I tell you it’s the nicest touch,” Marina told the Guardian.

The media wanted to paint a different picture of her story, however, which Marina explains is why many find it difficult to believe. The subtitle of her book boasts, “The Incredible True Story Of A Child Raised By Monkeys,” something she now says is not quite right. Even at five years old she was much bigger than the monkeys. She scavenged food from them, but they didn’t provide for her. But what they did do was invite her into their extended family, something to which Marina feels she is ever indebted.

Life In The Jungle

Days in the jungle were spent thinking about food, Marina says – what to eat, where to find it, and how to get it.

Other than that, she says her favourite pastime was sitting in the trees being groomed by the monkeys. “It gives you goosebumps when they go through your hair and eat the things they find in it. They do it so gently. It feels like a good head massage.”

But even with her acclimatization to the jungle life, Marina yearned for human contact. Hunters, armed with machetes and guns, started occasionally passing close by, the sight of which would frighten Marina at first. But then one day, she decided to approach them.

Naked and walking on all fours, Marina cried for the men to help her. But what happened next was far from salvation.

No Place To Call Home

While then men did bring Marina back to civilzation, it was a far cry from a pleasant new beginning.

Marina was sold into a brothel, where she was regularly beaten and forced to do chores, although she denies any involvement in prostitution. Eventually, Marina gathered courage and made her escape into the streets of Cúcuta, where she bonded with other homeless children.

During this time she survived like all the homeless children survived, through fraud and theft. One trick, she explains, was to creep up on young women wearing short skirts, pull down their underwear, then run off with their bags, which they would usually drop in shock.

Eventually, a friend told Marina she could get off the streets by working for food and lodgings as a domestic. Marina found a family who agreed to take her on and who then renamed her Rosalba. But as it turned out, living with the family proved miserable. They were notorious criminals, she explains, who treated her horribly.

Marina’s rescuer, Maruja, who sent her to live with one of her children far away in Bogotá. Photograph: Courtesy Marina Chapman

But with the help of a benevolent neighbour, a mother of nine named Maruja, Marina was taken and flown to live with one of Maruja’s children, named Maria, far away in Bogotá. Marina was also given her very first gift – a box tied with a yellow ribbon containing a dress made of pale blue satin, a hair clip, white socks, and a pair of shiny white shoes. Marina says the dress was the most beautiful thing she’d ever seen.

Eventually she was adopted by Maria, and was given the chance to choose her own name. She called herself Luz Marina – Luz after a Colombian beauty queen.

Because Marina’s adoptive family had done well enough in the textile industry, they were able to send her to a place where she could eventually build a life for herself, far across the world to a North England metropolitan borough named Bradford.

Today, Marina is still living in England as a wife and grandmother, but the transition into civilized culture wasn’t easy, she says.

“When I came out of the jungle, I had to learn how to sit in a chair, how to open doors, sanitation, all the things I’d never done. I’m still really bad in terms of sitting down and behaving like anybody else. I watch people eating their food and I copy them. I felt I’d been a bad person as a child, and that stays with you. Because you were brought up in a brothel house, you feel bad about it. You feel you shouldn’t mention it to anybody. Your family adopt you as a child and you think if you tell them, they will chuck you out. I was frightened people would try to exorcise me because they think you’ve got something vile in your life.”

But as the years went by, Marina found herself sinking back into a way of life that had been taken away from her at a young age. Today, Marina says she has done well in understanding and accepting how her early experiences have come to shape the woman she is today.

Marina Chapman surrounded by her family near her Bradford home. Photograph: Carl Bromwich

Unfortunately, Marina says that her memory of her life before the kidnap is practically non-existent, which has caused some concern for publishing companies and readers who find it difficult to trust in the validity of her extraordinary recollection.

“I keep working at it, but there is nothing. I’ve tried to imagine [my life before the kidnap] so many times,” Marina says.

This broken memory indeed poses some questions for readers, challenging what we know about the complexities of human memory. Were aspects of Marina’s story a figment of a childhood coping mechanism, created to deal with her severe emotional traumas? Could she possibly be suffering from a case of false memory syndrome? Or is Marina’s account entirely true?

She says the media played a big part in why some people don’t fully trust the narrative, exaggerating important details, such as her being “raised by monkeys.” But nevertheless, Marina and her family stand by her story, explaining that there is no financial intention, especially considering all of the proceeds from the book are being donated to a charity for abandoned children.

This conclusion is ultimately left up to the reader. At the very least, Marina’s memoir takes us on a remarkable journey – one that teaches us about overcoming the impossible and finding gratitude in the things we so often take for granted.

Be sure to check out Marina’s story, The Girl With No Name, on Amazon Kindle.