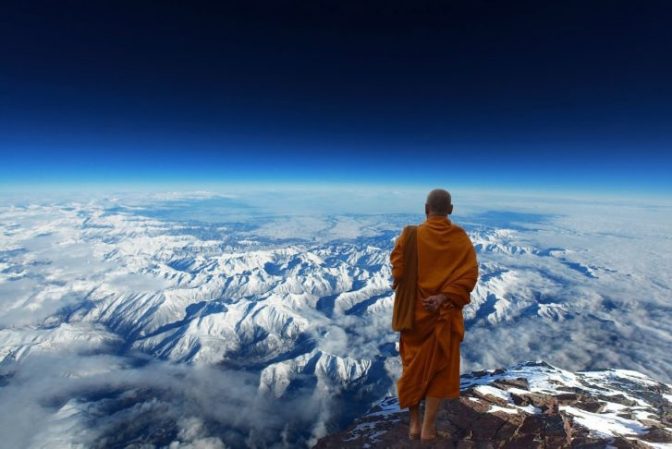 Welcome seekers of truth.  This is an article series I wrote that was once displayed on www.thespiritscience.net, but has since been removed due to their archives being deleted as a legal precaution.

It contains the synopsis of the Ascension Atlas spiritual framework, which is cohesive and all encompassing with many in-depth explanations on a variety of esoteric and mystical concepts.  All that is written in this series has been and will continue to be remastered, as this is an evolving spiritual learning platform.  The purpose of this series is to raise awareness, raise consciousness, raise vibration; ultimately to spread the knowledge and the tools that will help us all rise up together.

I will present information, systems and techniques that I have found to provoke conscious thought and action, the goal being to arm everyone with strong habits, knowledge, and a mindset that can thrive in our rapidly shifting environment. This information is necessary at this time because of a global event currently taking place known as the Great Shift. In this introduction article, I will cover what the Shift is (or could be) and what it truly means to ascend. I hope you all gain something fruitful.

What is the Shift?

This world is in constant flux, but there are cycles and phases that are especially chaotic while also offering great potential for positive change on a fundamental level.  The Great Shift is the time period we are currently experiencing, and this implies many things.

Relevant to our human experience, the Shift is the discarding of old paradigms and belief systems as well as the building of new, more relevant ones in order to adapt to the context of today’s swiftly changing world.

To begin, we are entering the Age of Aquarius.  Astrological Ages are 2150 year periods where civilizations and cultures tend to rise and fall.  Aquarius is associated with technology, humanitarianism, philanthropy, rebellion, perseverance, idealism, modernization, and freedom.  These themes have become increasingly persistent in our lives and we must learn to embrace them.

Another aspect of this great change is something called a Polar Shift.  This is when the magnetic field as well as the  north and south pole of our planet is rearranged.  This has scientifically been proven to happen many times in the past.  Many have speculated on the exact date this will occur, and some believe this will happen over many years, but we are already seeing an alarming change in the climate, as well as the position of the poles.

It is unclear how this will truly play out, but it is best that we are vigilant in our research and observation so that we can respond appropriately.  Some have claimed that the polar shift will change more than the climate, and that it may have a direct impact on our minds and level of consciousness.  Coupled with the Age of Aquarius, the road ahead is going to be an adventure to say the least.

We must go through a total paradigm shift if we wish to continue to thrive, and for this to happen collectively, it has to happen individually.  This series is all about initiating that change within every one of us in unique ways, ultimately bringing on a collective shift in behaviour and mindset.  The process that will unfold in these exciting times has been heralded as an  “Ascension”.

If you’re familiar with new age philosophy, you probably thought Ascension was an event where everyone sheds their physical bodies simultaneously and moves into a higher dimension.  While this is one possible way to experience ascension, it is not a specific event.

Ascension is the natural path of spiritual growth for all living beings.  This path never ends, and when it does “end”, the traveler reaches an experience of infinity, timelessness and oneness with all that is.  It is then more suitable to consider Ascension to be an eternal journey at the heart of life that every being can choose to walk on.  The process of becoming aware of this path is known as Enlightenment, or Illumination.

Through this process, many changes begin to happen within us, such as and not limited to:

These are all natural side effects in the rising of vibration.  As our awareness expands beyond the illusions of physical reality, we are no longer bound by physical limitations.

Why does Ascension happen?

Without going into too much detail, the nature of the conscious cosmos is that of infinite expansion and contraction.  While physical space is one way this is expressed, the core dynamic of this constant change is centered around the growth of intelligence in the universe.  What this means is that the universe is not a lifeless void, but an infinite evolving mind with no static boundaries.

In order to learn more about itself, the universe utilizes all life as an interconnected web of neurons and cells, which all provide a feedback loop that informs the whole from the perspective of each individual part.  In other words, the life and evolution of each being informs and evolves the life of the universe.  Ascension supports the momentum towards spiritual evolution in all life so that the entire universe can deeply know itself through every layer of its endless mystery.

Now you may be wondering how expansion and contraction equates to spiritual evolution.  The expansion aspect of Ascension is where all life transcends its limitations and goes out to explore the unknown.  This is characterized in our lives by the big bang and the experience of being a separate self, or in other words, physical life.

The contraction aspect is when all life returns to an awareness of the universe as One being so that the experiences can be shared and organized by the Universal Mind.  This is referred to as the Singularity, Nirvana, Heaven or the Path of Return.  The cycles of expansion and contraction are never ending, but they will always yield a unique mosaic of experiences never seen before.  Every being’s life is valuable to the universe’s learning.  More on these concepts in later articles.

We are going to explore the ascension process by traveling two pathways of understanding that are inherently entwined with one another ; one has been here for thousands of years, and one has just been paved.

The first is known as the 7 Hermetic Principles, a comprehensive in-depth interpretation of the seven natural laws of the Universe that are absolute on all scales of reality. This path was supposedly created and passed down by Hermes Trismegistus(hence Hermetic), or Hermes the “Thrice Great”, an Egyptian Mystic who was also deified as the scribe of the Egyptian Gods, Thoth (ḏḥwty in Egyptian, pronounced Tahuti or Tehuti), for his deep understanding of the world and its order.  He was called the “Thrice Great” because he supposedly incarnated 3 times with full knowledge of his past lives.  Despite these rumours, Hermes was a man like many others in history who simply walked the path we all have access to.

The teachings of the natural principles were an oral tradition known as the Kybalion, which was eventually transcribed into a book with an anonymous author known as “The Three Initiates.”  These principles govern the way our universe works, and are considered a “master key” in the personal progression of consciousness.  In the context of the Ascension Atlas, they are referred to as the 7 Keys of Self Mastery.  I will let the body of knowledge speak for itself.

The second path was organized through my own intuitive explorations, I call them the 7 Ciphers of Creation.  A Cipher is a pattern used to veil or unveil a secret message.  Within these Ciphers are a myriad of whole-system patterns that unveil the secrets of creation, including many hands on techniques to experiment with and implement into our daily lives.

These techniques include methods of meditation, energy work, intuition, lucid dreaming, astral projection and beyond. This will be revealed within the context of abiding by the 7 Hermetic Principles, as well as cultivating a spiritual ethic of unconditional love for all lifeforms.

The two paths could be perceived as a fusion between the yin and yang , the Masculine/Active path, providing experiential methods to rise in consciousness directly through will and application, and the other as the Female/Passive path, creating a matrix of understanding to subconsciously overlay your worldview.  As you will learn throughout this series, it is always beneficial to have a balance between male and female systems, as this yields the most fruitful growth on a spiritual level.

Ultimately, this is a paradigm of spirituality through which any person can access their innate spiritual knowledge and latent psychic abilities in order to master the mysteries.  Here is the key, only you can open the door.

Stay tuned until next time, when we dive right into The Kybalion; a mysterious sacred text that is cherished by ancient and modern mystics for its extensive discourse on the 7 Hermetic Principles.

“THE LIPS OF WISDOM ARE CLOSED, EXCEPT TO THE
EARS OF UNDERSTANDING”