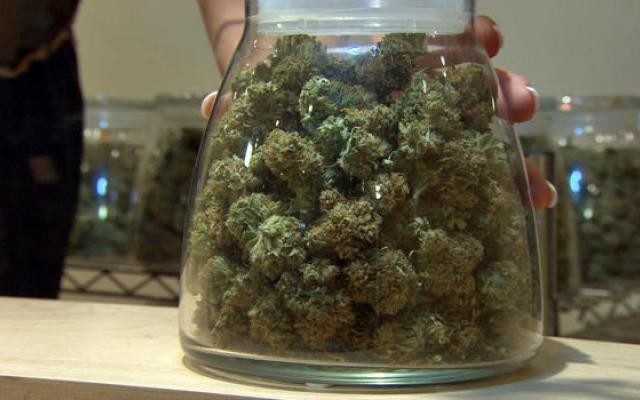 Colorado’s cannabis liberation was intended to generate tax money to be spent on schools and other state programs, but now a finicky state law may refund excess tax revenue back to the people, causing many politicians and lawmakers to scratch their heads over their next course of action.

The mandate, titled the “Taxpayers’ Bill of Rights,” was passed in 1992 with the purpose of having taxes appear before voters. It states that the state of Colorado must pay back taxpayers “when the state collects more than what’s permitted by a formula based on inflation and population growth.”

That means Coloradans may each get their own cut of the $50 million in recreational pot taxes collected in the first year of legal weed. Colorado residents have mixed feelings about the refund, however, explaining they felt good about the decision to spend tax revenue on schools and other state programs.

But one medical cannabis buyer told High Times that pot taxes are too high, and that a refund to pot buyers makes the most sense.

“I don’t care if they write me a check, or refund it in my taxes, or just give me a free joint next time I come in. The taxes are too high, and they should give it back,” he said.

The “Taxpayers’ Bill of Rights” mandates that tax money be refunded back to the people after crossing a high enough revenue percentage, leaving many Colorado natives unsure of how to proceed.

Political parties have been quick to share their stance on the issue, stating there is no good reason to put the money back in people’s pockets, and that a vote should be cast to exempt the refund from the bill.

Many republicans feel that marijuana should pay for itself – that general taxes shouldn’t pay for things like increased drug education and better training for police officers to identify stoned drivers.

Following the legalization of cannabis in 2012, voters decided to excise a 15 percent tax on pot to go towards schools, with an additional 10 percent to go to lawmakers. But due to a quickly growing economy, Colorado is now obligated to give back about $30.5 million.

When lawmakers meet to talk about pot refunds after taxes are collected this spring, they’ll have to figure out if the money would go to all taxpayers, or just those who bought pot. Previous refunds have generally been paid through income tax returns, but Colorado has also reduced motor vehicle fees or even reduced sales taxes on trucks.

Political parties agree, though, that if pot is what the people want, then it most definitely should be taxed properly.

What are your thoughts on Colorado’s tax refund? Do you feel the money could be better utilized elsewhere? Share with us below!