Conventional Medications Not Your Cup of Tea? Try Natural Anti-Allergic Remedies Instead! 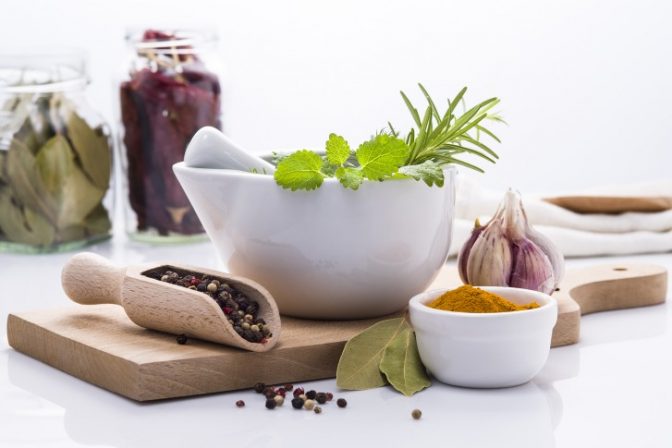 From the benefits of red clover to the soothing properties of eucalyptus, natural allergy remedies can offer an attractive alternative to the regular use of prescription medication. Most allergy home remedies address symptoms of congestion and cough while strengthening the body to ward off allergic reactions.

Why would someone Choose Natural Allergy Remedies?

Many allergy sufferers do not like the physical side effects associated with the regular use of antihistamines and decongestants. These drugs tend to make the user feel sleepy and groggy. With this reduced alert state the individual’s ability to concentrate and to operate machinery is compromised. Both agents also tend to dry out the body and to cause dehydration. Natural remedies can often be as effective as prescriptions without the unwanted side effects these medications cause.

What are some of the Natural Remedies Available?

An herbal remedy for allergy is normally an agent that has the ability to relieve congestion and to loosen mucus. Many are also anti-inflammatory agents that sooth irritated mucus membranes. There are many such natural healing remedies which we can use in our day today life Many such remedies also seek to strengthen the immune system to make it more able to fend off irritation from outside elements.

EUCALYPTUS
As a natural allergy cure, eucalyptus effectively calms coughs and relieves nasal congestion and is often found in cough and cold remedies, chest rubs, and various oils and liniments to relieve pain. It is both an antiseptic and a stimulant with expectorant and antibiotic properties. The powerful vapor from eucalyptus clears congestion and loosens mucus. It is especially effective when used in conjunction with steam treatments. In lozenge form, eucalyptus increases the production of saliva to reduce the urge to cough. Given these properties, eucalyptus is considered to be one of the best natural allergy remedies.

RED CLOVER
Red Clover is a traditional remedy for asthma when taken in the form of a tea and as allergies and asthma may be associated, can be used as an allergy remedy. It has antispasmodic and expectorant qualities and dried has even been used in “anti-asthma” cigarettes. It is not uncommon today to find red clover wine which makes an excellent cough remedy.

ALFALFA
Alfalfa is thought to improve the runny nose, sneezing and itching present in allergic rhinitis which is often called “hay fever.” Additionally, alfalfa is believed to nourish the nervous system and to calm the immune system thus allowing irritated mucus membranes to return to normal. (Some people have reported allergic reactions to alfalfa itself and the use of the herb should be discontinued if your symptoms seem to worsen.)

APPLE CIDER VINEGAR
Apple cider vinegar contains many healing properties and is often used to ease the symptoms of sinus infection as well as to treat allergies developed from exposure to pets, foods, and various environmental agents. In addition to being rich in vitamins E, A, B1, B2 and B6, apple cider vinegar contains potassium, calcium, and magnesium. It reduces the amount of mucus in the sinus cavities, soothes sore throats, and will shorten the duration of colds when used with a chest compress.

LICORICE ROOT
Powdered licorice root has been used since ancient times as a cough remedy and is often present in modern cough syrups. Beyond its helpful qualities, licorice is sweet to the taste and thus more pleasant as a “medicine.” It should be used with caution by anyone prone to high blood pressure as excessive use of licorice will make hypertension worse.

ROSEHIPS
A dark red or purple fruit of the rose plant, rose hips are one of the richest plant forms of vitamin C, an agent proven to enhance the human immune system and to ward off illness. Commonly used in herbal teas and often blended with hibiscus, rose hips are also found in jams, jellies, and marmalade.

ASTRAGALUS
Astragalus exhibits anti-viral properties and the herb has long been used in Chinese medicine to prevent and to treat upper respiratory infections. One of the primary benefits of astragalus is its ability to stimulate the immune system by actually increasing the presence of T-cells in the body. It not only fends off invading agents but increases the body’s ability to remove toxins.

IRISH MOSS
Irish Moss is red algae that grows on the rocky Atlantic coast of Europe and North America. It lessens the symptoms of cold and flu and when consumed in the winter is considered to prevent upper respiratory ailments of all kinds. It contains potassium chloride which reduces congestion and alleviates coughs.

Above the nose and between the eyes at the brow, on either side of the nose at the corners of the eyes, and to the side of each nostril there are acupressure points that affect the sinuses. There are also sinus acupressure point on the back of the hand in the “web” and similar points in the hollow between the front and back muscles of the neck (roughly behind the bony area behind each ear).

Many allergy sufferers report that steady pressure with the index fingers on these points, starting at the nostrils, moving to the corners of the eyes, then to the hand, the back of the neck, and ending with the area between the eyes, yields significant relief. About 30 seconds of pressure at each point, sometimes with a small circular motion, will suffice. This method can be repeated as often as needed.

Various allergy home remedies have been used around the world for centuries, especially to relieve upper respiratory symptoms. These safe natural allergy remedies, including acupressure, will often give as much or more relief as prescription medications.