New Study Reveals Evidence We Live In A ‘Holographic Universe’ 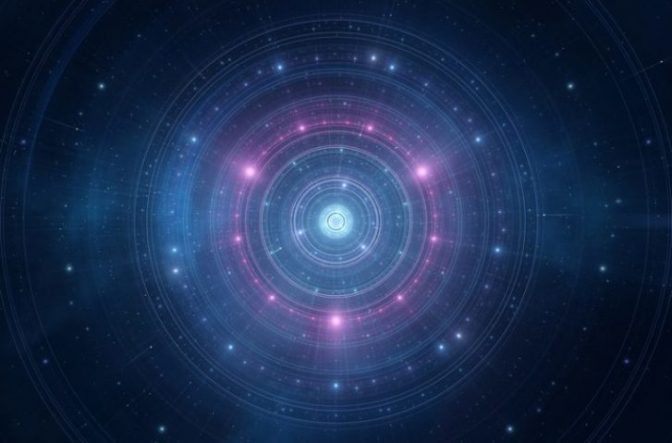 It’s easy to get caught up with all the tiny details that make our individual worlds spin. Every day we are bombarded with toxic information that divides us, making us forget just how incredibly crazy and beautiful it is that we have the opportunity to be here arguing or agreeing at all.

And then along come breakthrough revelations that put it all back into perspective.

The Universe is a complex thing whose mysteries we’ve only begun to understand, yet we continue to rack our brains over it. And why wouldn’t we? To question the very existence of life is both a profound thought as well as a fundamental one.

Have you ever heard of the holographic universe theory? Originating in the 1900s, it suggests that all the information in our universe is encoded on a 2D surface — including space and time itself.

Now, a new study has concluded that this theory is just as likely to be true as the traditional models of space and time we hold so near and dear.

“Imagine that everything you see, feel and hear in three dimensions (and your perception of time) in fact emanates from a flat two-dimensional field,” began Professor Kostas Skenderis of Mathematical Sciences at the University of Southampton. “The idea is similar to that of ordinary holograms where a three-dimensional image is encoded in a two-dimensional surface, such as in the hologram on a credit card. However, this time, the entire universe is encoded.”

Recommended: An Introduction To Black Holes, Information And The String Theory Revolution: The Holographic Universe

Conducted by British, Canadian, and Italian researchers, the new study used theoretical physics and astrophysics to pinpoint irregularities in the cosmic microwave background — typically considered the residual glow of the Big Bang.

The researchers’ analysis led them to believe there are, indeed, irregularities in current cosmic inflation models, and the “holographic universe” theory pans out when considering the mathematics of the evolution of the universe.

The massive volumes of data the team collected by advanced telescopes and sensing equipment to study the “white noise” of the CMB and find irregularities led them to suggest this model may iron out some of the inconsistencies between Einstein’s theory of gravity and quantum physics, offering clearer insight into whether the universe can be explained as a hologram or not.

“We are proposing using this holographic universe, which is a very different model of the Big Bang than the popularly accepted one that relies on gravity and inflation,” explained the study’s lead author, Niayesh Afshordi, a professor of Physics and Astronomy at the University of Waterloo, Canada. “Each of these models makes distinct predictions that we can test as we refine our data and improve our theoretical understanding — all within the next five years.”

So, with just as much evidence available to suggest we live in a holographic universe as there is for the standard cosmological model of the universe, how can we feel any less confused about our existence?

The study suggests that, just like history books being rewritten time and time again, our knowledge of the universe is not set in stone. Scientists have been trying to create a Grand Unified Theory for years to explain dark matter and dark energy, and yet the universe continues to slip out of their grasps.

Nevertheless, the holographic universe model excites physicists because of its potential to reconcile general relativity and quantum mechanics. Though not even close to being proven, the new study, which will likely take decades if not centuries to prove, suggests our reality may be much more mysterious than we originally thought.