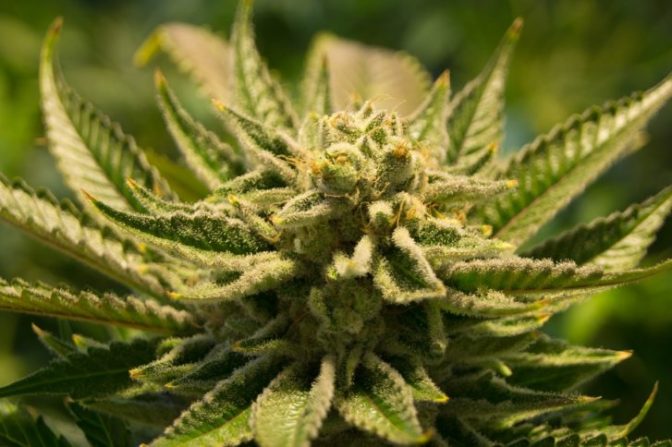 Leukemia has a new foe — one reviled by the U.S. DEA, loved as a tool for law enforcement profiteering, and purposely maligned by Big Pharma — cannabis.

A new study found that, in combination with traditional chemotherapy, cannabinoids — the active compounds in cannabis — significantly improved treatment of leukemia.

Adding cannabinoid therapy to a traditional cancer treatment regimen meant doctors could lower the dose of chemotherapy while minimizing its oft-debilitating side effects, such as nausea.

“We have shown for the first time that the order in which cannabinoids and chemotherapy are used is crucial in determining the overall effectiveness of this treatment,” explained Dr. Wai Liu of St. George’s, University of London, and lead author of the study, quoted by the Daily Mail.

Cannabis has long been touted as efficacious in alleviating nausea and vomiting associated with rigorous chemotherapy treatment — but this study marks a groundbreaking foray into the study of the plant as a potentially curative medicine.

Liu deemed cannabinoids a “very exciting prospect in the oncology.”

Researchers sought to analyze the effects of various cannabinoids — specifically THC, the compound known for giving recreational users a ‘high,’ as well as CBD, or cannabidiol — on leukemia cells and whether the order in which the plant compounds and two common chemotherapy drugs, cytarabine and vincristine, are given would impact results.

According to the study, published in the International Journal of Oncology:

“In addition to the well-known palliative effects of cannabinoids on some cancer-associated symptoms, a large body of evidence shows that these molecules can decrease tumour growth in animal models of cancer. They do so by modulating key cell signalling pathways involved in the control of cancer cell proliferation and survival. In addition, cannabinoids inhibit angiogenesis and decrease metastasis in various tumour types in laboratory animals.”

READ MORE:  7 Lies From Obama’s Last State of the Union Address that the Media is Ignoring

Taken after chemotherapy, cannabinoids “can increase the cancer cell-killing effects of the chemotherapy and decrease the growth of new tumor cells and tumor-feeding blood vessels,” UPROXX reports.

“These extracts are highly concentrated and purified,” Liu elaborates, “so smoking marijuana will not have a similar effect.”

Most momentously for advocates of medical cannabis, the team found phytocannabinoids indeed display significant “anticancer activity” — even when used as sole treatment against the disease.

Further analysis and study must be completed, however,

“Studies such as ours serve to establish the best ways that they should be used to maximise a therapeutic effect,” Liu said.

Leukemia wasn’t the only cancer studied by the researchers — glioblastoma, the most aggressive brain cancer, may also be significantly impacted by the introduction of cannabinoids, should promising animal testing be ultimately translatable for treatment in humans.

This study adds to the evidence as presented by the National Cancer Institute as well. As the Free Thought Project previously reported, the government agency recently acknowledged the power of cannabis to kill cancer cells which is backed up by laboratory tests.

“Cannabis has been shown to kill cancer cells in the laboratory,” states the cancer.gov website.

But, in order for swaths of patients in the United States to even dream of eradicating their leukemia, cannabis prohibition — existent primarily for the highly politicized agenda of criminalizing the antiwar left, African-Americans, and, earlier, jazz musicians — must be lifted.

Perhaps the steepest obstacle to ending cannabis prohibition rests with the lucrative pharmaceutical industry, whose societally-established drugs for treating cancer rake in billions each year.

As long as the astonishingly beneficial plant remains out of reach for many U.S. patients, any future cannabinoid additions to chemotherapy could theoretically find the user fined or locked in a cage.

Dr. Liu and his team conclude the abstract of their promising by imploring immediate further examination of their results, stating,

“Given that cannabinoids show an acceptable safety profile, clinical trials testing them as single drugs or, ideally, in combination therapies in glioblastoma and other types of cancer are both warranted and urgently needed.”

Now, only the dollar signs blinding the U.S. government and Big Pharma to the indisputable benefits of cannabis stand between cancer sufferers and relief.