I came across this fascinating article which is about a form of Pineal gland activation.

“Attaching a magnet (that sticks by adhesive) to the part of your skin above your 3rd eye (located between your two physical eyes but slightly higher or slightly above the eyes) for a few hours throughout the day will also stimulate the Pineal Gland and help to decalcify it.”

Here is the link to this article:

“Have you ever heard the expression, ‘Be careful what you wish for because you just might get it’? Many people are trying to find ways to fully open their pineal glands but one person in particular may have gotten more than he desired.

By using the north end of a magnet, a man allegedly opened his pineal gland (third eye) to not only see things within this dimension but beyond it as well.

The following is an excerpt from a free ebook by David Wilcock called, “The Science Of Oneness“:

Walter Rawls, who worked with the effects of monopolar magnetic fields on matter with the late Albert Roy Davis, told me in a telephone conversation of his experiments with a North pole magnet situated over the pineal gland. 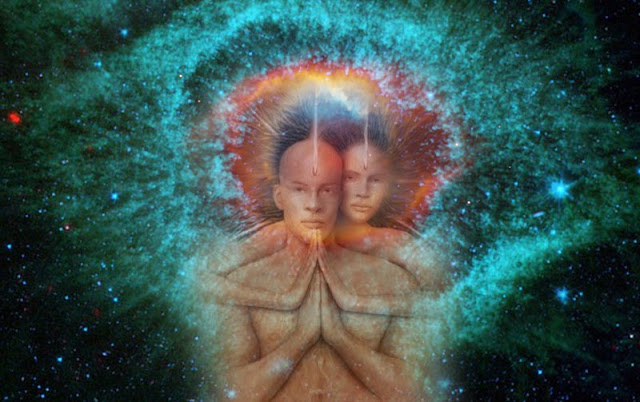 Within the first week, he was sitting at his desk reading documents when he noticed something move out of the corner of his eye. As he looked up, the ghostly figure of a man had walked through one wall, moved across the room and disappeared through another wall. The figure was totally unaware of Walter. Further exposures to this North pole field took place over a second and third week.

The second week, the same ghostly figure moved through the room and glanced toward Walter as he passed through. This time, the figure appeared to have slightly more detail, not quite so ghostly.

The third week, while busy working on documents, Walter noticed a change in the room. When he looked up, the wall had dissolved away and he was looking at a small hill where a man and woman sat beneath a tree. It was the same ghostly male figure who he had seen on the other occasions. He sat quit still, watching this pastoral scene for several minutes.

The man looked over toward Walter and appeared startled. It was as if he clearly SAW Walter this time and possibly recognized Walter as the ghost that he had seen the previous week! The image faded away and the wall restored to its normal condition. From that moment on, Walter never used the pineal stimulator again.

Rawls co-wrote a book on magnetism entitled, The Magnetic Blueprint of Life by Albert Roy Davis and Walter, Jr. Rawls 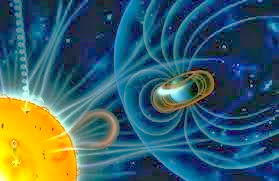 Interestingly, the works of Charles Fort mention that many “Spiritualist ” studies were done at the turn of the 20th Century by organizations such as the American Society for Psychical Research, which directly correlated higher frequencies of ghost sightings and paranormal activity with higher energetic emissions from the Sun.

In this case, the Sun appears to be lending the extra energy of consciousness that allows otherwise normal human beings to see into other realms, and / or causing a blending effect between realities. And as we shall see in a minute, there appear to be some people who can see these realms and perform psychic feats in them without any such outside energetic stimulation.

In 2007 we acquired some breakthrough new information on the pineal gland that will appear in later volumes of this series. For one thing, the interior of the gland actually has a very similar tissue makeup as the retina of the eye. Hence, the notion of it being a “third eye” may be far more interesting than most people give credit for. It may well be that the pineal gland is the most important hyperdimensional ‘interface’ gland we have.

It appears that the gland operates on a very simple process — namely, a barrel-shaped volume of water, when totally shielded from electromagnetic energy, sound and other shocks from our own space-time, will form a gateway into time-space — this metaphysical realm that the various experiments we’re discussing tap into. The interior of the gland is filled with water.

More blood flows through the pineal gland than any other part of the brain — that is a documented fact. The witness testimony also suggests that we naturally have an electromagnetic shield surrounding the water inside the gland, and it appears that the integrity of this shield is very, very important.

Usage of drugs like LSD can distort and temporarily deactivate the shield, creating inter-dimensional consciousness effects that can be dangerous. Supposedly the use of such drugs creates ‘cracks’ in the protective shield that never really go away — and if a person gets too ‘opened’ too quickly, there can be disastrous effects on their sanity.

So, in the above case, it seems that a strictly electromagnetic process can temporarily disrupt the pineal gland’s shield in the same manner. We do NOT recommend you try this at home.

One must ponder the effects on the pineal gland if there was a magnetic pole reversal. Additionally, how would the hemispheres in our brains be affected by the change in magnetism?

In another article entitled, “Pineal Gland Mystique” regarding magnets and the pineal gland, it is stated: 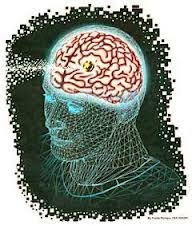 Attaching a magnet (that sticks by adhesive) to the part of your skin above your 3rd eye (located between your two physical eyes but slightly higher or slightly above the eyes) for a few hours throughout the day will also stimulate the Pineal Gland and help to decalcify it.

Magnets causes the body to become alkaline, especially that part of the body where the magnet is attached. Any strength (gauss) magnet will work, but only use magnets on the head area during waking hours. The energy from Ra (Sun) will magnify the strength of the magnet’s effect on the Pineal Gland.

Magnetic Field and the Pineal Gland

In a study on the Earth’s magnetic field’s effect on the pineal gland it was determined that geomagnetism appears to be one of the environmental conditions which seem to enhance pineal activity. 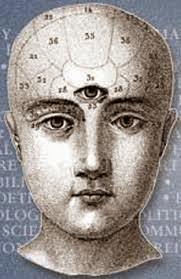 Just recently there has been considerable interest in the effect of the earth’s magnetic field (EMF) on living organisms, particularly as a direction finder (Baker, 1980, 1981; Husing, 1960). This interest seems to be spreading into much more esoteric fields, parapsychology being one of them. There are suggestions that psi ability is related to changes in magnetic field strength (e.g.Persinger, 1989). There is the suggestion that psi ability is linked with the pineal gland (Roney Dougal, 1989) – and the pineal gland is affected by geomagnetic variations as shall be detailed in this article. There are suggestions that dowsing ability is related to the EMF (Williamson, 1987). There are suggestions that UFO phenomena are linked with areas of geomagnetic anomaly (Devereux, 1982), and UFO phenomena seem to have a psi component (Roney – Dougal, 1991).

Putting all these individual pieces together an intriguing picture emerges, which suggests that the old idea of a “sixth sense” may be just that, a sensitivity to the EMF. However, this sensitivity is a subliminal perception, and so the psychological process by which we become aware of this information is in many ways similar to that by which we become aware of psi inputs (Roney – Dougal, 1987). From a practical, subjective level therefore, awareness of the EMF and awareness of psi information will manifest in very similar ways. Thus map dowsing (awareness of psi impressions) and field dowsing (awareness of electromagnetic impressions) manifest in similar ways, the dowser obtaining information from the swing of a pendulum or from rods, these being a sort of biofeedback tool informing the conscious mind of subliminal body responses. This suggests, as with my research into more traditional subliminal perceptions, that the line between sense perceptions and psi perceptions is a very fuzzy one, the one merging imperceptibly into the other.

In other words, consciousness can be altered when the pineal gland is stimulated through changes in either the electromagnetic or geomagnetic fields.

Schumann Resonance and the Pineal Gland

The Schumann Resonance is the frequency of the electromagnetic field of the earth. Changes in the earth’s magnetic field affect the production of melatonin and serotonin in the pineal gland, as well as brainstem acetylcholine levels. 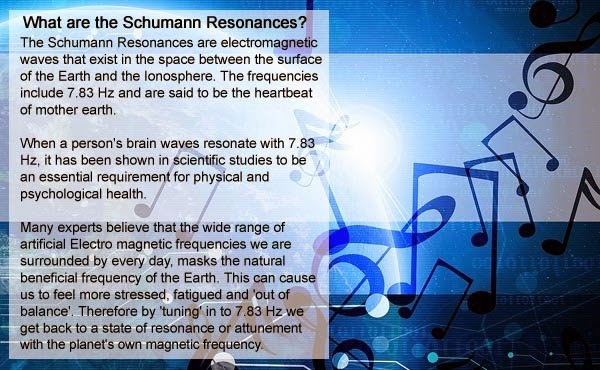 The lesson we can learn from these experiments is to find an energetic balance with the Earth and Sun because the more we become detached from nature, the more out of balance our bodies become and for our pineal gland to work optimally, both inner and outer balance must be achieved.”