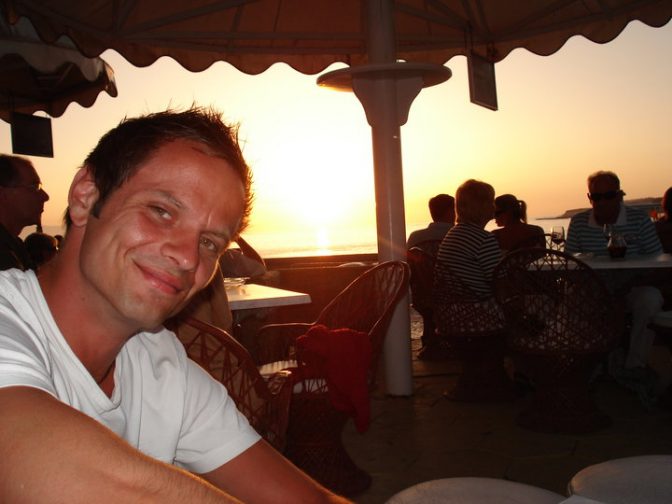 Note from the Editor: Greg Paul is the Director of New Earth and is a beautiful soul and has played a tremendous role in establishing the framework of sovereignty and has also contributed with his vision for conscious communities for the New Earth. I’ve included below here his Bio from http://www.newearthproject.org/ and the Q & A will follow. Blessings -JD

Greg Paul was born in England. By the age of 24, he was the youngest senior quantity surveyor in the country at a well-respected leading national house builder. He ran his own house building company for several years before permanently exiting the world of commerce altogether following significant research into the fundamental tenets of the existing financial and political paradigm, which he could no longer in good conscience continue to be a part of.

Since then, he has spent much of his time asserting mankind’s fundamental rights to self-determination both within the court system and without. He is the author of several anonymously published motivational books on exercising sovereignty and teaches sovereignty through the effective application of the art of self-inquiry.

With an uncompromising attitude toward the expression of the inherent sovereign human condition, he joined Humanitad Foundation in 2011 for the express purpose of facilitating programs and initiatives which support mankind in embodying it’s inherent sovereignty and to assist in causing the manifestation of conscious communities as platforms which springboard the planetary conversation on sovereignty to the world at large.

Having long since ceased to empower the totems and icons of the old world, Greg has been living the New Earth metric for many years. Therefore, as Director of the New Earth Project, he is uniquely positioned to maintain the core ethic of this unprecedented initiative absent old-paradigm belief or limitation. The sole purpose of his person in life – to ensure that the impending reality of a world of peace and prosperity, be one that is grounded in absolute Truth.(1)

New Earth Media (NEM): Hi Greg! First, thank you so much, for taking time to have a Q & A with New Earth Media. Now on to the good stuff! What was your journey/experience in getting involved with Humanitad and New Earth Nation?

Greg: I was a commerce man like many others – quantity surveyor/commercial director/house builder to be precise, turned freedom fighter/student of the law/spiritual activist etc. etc. I had long since been on a spiritual journey and so, even during the commercial days, being a builder at heart, had nurtured a long-standing vision of creating conscious communities.

A friend of mine had been working with Sacha and had been asking me to go and visit – seeing as I did at the time that the answer to mankind’s issues lay in individual realization and empowerment and that organizational efforts were inherently misguided, I had declined to go. Until that is that life decided otherwise and put me on a train to London. Upon discovering that Humanitad was principally seeking to fulfil its objectives by facilitating individual realization and empowerment (and after spending the best part of two days with the most well-connected, focused and magnetic human being ever birthed to a woman!) I changed my mind. I came on board principally to head what was then the Earth Sanctuary Initiative – New Earth Nation was born and the rest is history.

NEM: What was your family’s first step in walking away from it all, and heading on the road towards sovereignty?

Greg: Actually we never really took any steps towards sovereignty… we just stopped taking steps away from it – you can’t become what you already are, you can only stop pretending to be something which you’re not. My wife and I simply stopped doing the things which were holding us back – we stopped using the legacy banking system, we stopped watching television, we stopped signing for a name which wasn’t ours, we stopped recognizing false authority or answering its questions – we stopped everything that wasn’t serving us. The rest of the process was entirely self-organizing once we took the first leap of faith. If there was any ‘positive’ step we took toward sovereignty it was the decision to follow one’s conscience without exception, thought or compromise.

NEM: To what do you contribute the current global awakening that is happening, and the coming together of so many who are joining in with New Earth Project/Nation?

NEM: Do you think it’s important to have experiences or knowledge of the poor state of life, or do you believe that future generations will be able to appreciate and continue living in a new paradigm, without having experienced the current low vibration on the planet?

Greg: Appreciation is an inherent quality of self-realization and despite what we might like to tell ourselves to justify the value of our life paths to this point – suffering is not a prerequisite of self-realization! It may have been the path of many simply because that there are a lot of opportunities right now for the Truth to use suffering as its teaching tool, but if everything is already the One, where are you going to find it? And once you’ve found it you will live in awe with heartfelt gratitude and indescribable appreciation for its majesty.

Besides, if the emerging paradigm is to be defined by the embodied birthright of a self-realized humanity, then the question itself will long since have fallen away.

NEM: During the New Earth Nation Launch blogtalk radio marathon, Sacha Stone asked you, “What is the entomology of the word sovereignty?” You responded that basically it is relative to each individual (paraphrased). What do you wish people would ask you about sovereignty, and why?

Greg: Nothing – I dream of a world where people are asking themselves. Asking what? … What does sovereignty mean to me? How do I give away my power to others? … Anything that the still-small voice calls them to ask, but most importantly – Who am I who is seeking sovereignty?

Greg: To be of the world is to be lost behind the veil of forgetfulness – to believe that there is an entity called me, born to man and woman, and possessing this thing called consciousness. To be in the world is to have realized (not as an intellectual concept but as a living reality) that consciousness is what I Am; that there is but one mind and one spirit acting through this vessel I call a body; that a personal identity is something that I may use to communicate with others but doesn’t contribute one iota to defining who I am.

Greg: Absolutely, though as we get deeper and deeper down the rabbit hole of discovery, we might just come to see that the individual never really had anything to do with it. When consciousness decides it wants to realize itself through you, there isn’t much you can do about it – apart from getting in the way. Self-inquiry is simply a tool to help you get out of your own way.

NEM: How is the Ubuntu/Urban Outreach merge coming together?

Greg: Plans for the Urban Outreach Program are progressing very nicely. Multiple physical venues have now been offered for use as what we have come to call ‘Urban Sanctuaries’. And the New Earth Institute team have done a remarkable job pulling together the smorgasbord of resources which will be availed through the Sanctuaries (including we hope the Ubuntu Political Toolkit). With the first centre to be created by our very own Andrew Miller at his long established community centre near Toronto, and another hot on its heels by New Earth Institute Fellow, Desmond Green, in Jamaica, we are looking to be ‘in the world’ very soon.

NEM: Is there anything else that you feel compelled to share with the New Earth community?

Greg: Yes – love, stillness, and a healthy dose of enthusiasm. Steady as she goes, course is set…