Scientists Are Questioning Everything They Thought They Knew About the Universe 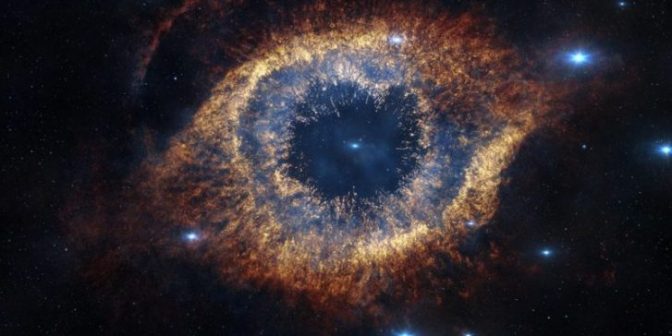 (ANTIMEDIA) — According to the latest research from Swiss scientists, the universe shouldn’t exist. Researchers at CERN, the European Organization for Nuclear Research, recently published their findings, which ultimately left them wondering why the universe hasn’t been destroyed.

“All of our observations find a complete symmetry between matter and antimatter, which is why the universe should not actually exist,” said Christian Smorra, a physicist at CERN’s Baryon-Antibaryon Symmetry Experiment (BASE) collaboration. Smorra, who co-authored the study, published in Nature this month, explained their confusion: “An asymmetry must exist here somewhere but we simply do not understand where the difference is.”

Scientists have conducted various studies in their attempts to find the difference between matter and antimatter. They say one must exist to explain the reason antimatter did not destroy the universe at the beginning of time.

“Antimatter is notoriously unstable – any contact with regular matter and it annihilates in a burst of pure energy that is the most efficient reaction known to physics.”

“The standard model predicts the Big Bang should have produced equal amounts of matter and antimatter – but that’s a combustive mixture that would have annihilated itself, leaving nothing behind to make galaxies or planets or people.”

Scientists have examined the possibility of a difference in mass or electric charge between matter and antimatter but so far haven’t come up with an explanation.

The latest test attempted to find a difference in the magnetism of matter and antimatter, but, once again, the scientists found they were identical in this respect, too.

Dr. Smorra and his team studied protons and antiprotons, an effort that took over a decade to facilitate, O’Connell explained. Because antiprotons are difficult to store since no physical container can hold antimatter, the scientists stored the antiprotons in a device called a Pennings trap.

“But by using a combination of two traps, the BASE team made the most perfect antimatter chamber ever – holding the antiprotons for 405 days.

The Independent notes that the researchers hope to examine the antiprotons in even more detail in search of differences, while other ongoing investigations are currently exploring “the effect of gravity of antimatter – trying to answer the question of whether antimatter might fall ‘up’.”