When Life is Difficult 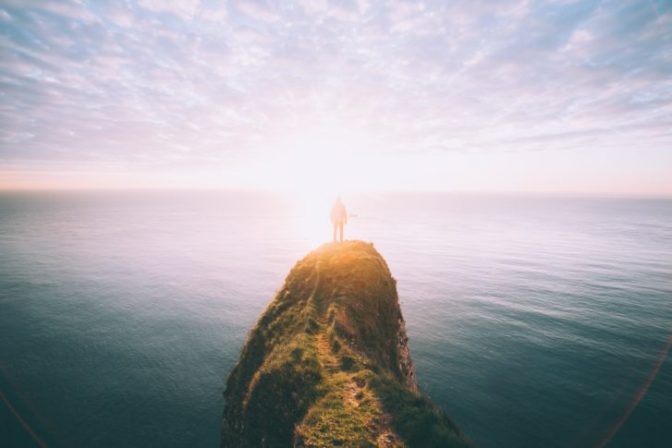 So in the middle of a melt down that I was having the other day, a good friend shows up at my house – and we take one look at each other and just know…we’re both “there”. Oww…this hurts! “What do you think is going on?” she asks me.

Honestly – it sure seems as if something crazy is going on right now in our world – but then I also think about stories from my mother from when she was a young adult. Of her sister being shot and killed by her 3 year old son who had found the family gun in the night stand. Or of her brother who discovered while watching the evening news one day that his daughter had been found dead on the side of a highway earlier from a drug overdose.

I’ve known great teachers who seemed so wise – like they truly had the answers to life. But, once confronted with a “real life” difficulty – these great teachers just crumbled like anyone else – inexperienced in life’s challenges, they even resorted to behavior that was childish and vindictive. I remember when I first discovered this phenomenon and how devastated I was. “It doesn’t work” I remember thinking. “All the wisdom that they seem to have – means nothing when the real thing goes down..” What is there, then?? I was beyond upset – I felt hopeless.

Over time I realized that what got me through the difficult times, was not some great teaching that I could read in a book – it was going back to my birth experiences. “It worked then, maybe it will work now” was my idea.

So now when those times come, I breathe – a lot.

Focused breathing. I cry when I feel like crying. I keep moving and listen to my body. I immerse myself in water. I eat good food – whatever I can – even if that’s just one bite, even if I throw it up. I cuddle with people that I love. I make loud primal sounds. I’m intolerant of people that annoy me and sometimes tell them to leave, or I leave myself.

Basically, I take control of my environment and do whatever I need to do for myself.

I also know that only I really know what I need during those times and I unapologetically do those things.

I surrender to it.

Once I “push the baby out” – or when I’m “on the other side”, I usually have a brilliant and renewed appreciation and gratitude for life and the beauty of it all. Once through it, I seem to see things more clearly, and always at some point I realize that I am wiser, and smarter, and more equipped to handle the next thing. Whenever that happens…and I know it will.

So many times that I’ve been at a birth – I’ll have a laboring mother look at me with desperation in her eyes “what should I do?” she’ll ask me. Usually my answer is “you’re doing it. Already. Right now”. “There’s nothing you really need to do but to let go. Let it happen. Your greatest strength is in the surrender – you and your body already know what to do, and you’re doing it”.

And as a mother finally really lets go, you see it and feel it very tangibly. You see something lift and shift. You see this power surround her and fill her and the space around her. Something so powerful I could even call it God.

The surrender is when we become one with and align with the power of creative force – of the true essence of life.

It’s then that we see that most of our “pain” was coming from our resistance to this power.

Once the surrender happens, there is a cracking open if you will – sometimes met with what sounds like loud war cries – sometimes with an inner retreat and silence. This is usually when the baby makes it down all the way and emerges.

I’m so blessed to have witnessed this power, both as an observer and as a participant when I gave birth myself – I know it intimately. I can draw on it anytime.

Experiencing birth in it’s raw form gives us amazing life long tools. Tools that we need to be mothers. Tools to grow with, learn from and ultimately, for me, to build a happy life for myself and my family that is fulfilling and beautiful.

I remember the day my daughter in law was hit by a truck while walking home with her new 10 week old baby. She was alive when I arrived to the scene of the accident, “but wouldn’t be for long” I was told by the woman who was the cosmically chosen GateKeeper of that experience – a midwife and one of my best friends. I wanted to say goodbye to my daughter in law while she was still alive, but at the same moment, realized that the paramedics were putting my granddaughter into an ambulance. I immediately ran in that direction instead, telling them that I was her grandmother and to please let me go with her. They helped me into the back of the ambulance and then passed our sweet little Indali who was still wet from being at the beach just moments before, up to me.

The door closed and I sat there holding this wet, squirmy, screaming baby. I immediately stuck my finger in the weakest point of the top of the dress I was wearing, and ripped as hard as I could until my breast was exposed, and promptly gave it to her. She eagerly latched on, and looked up at me with a peace that I’ll never forget.

In that timeless moment, even though I knew that this would shake us all, for generations to come, looking in her big brown wise eyes – I also knew that everything was ok. In that moment and for all time, it was all ok. Beautiful even. I did the most natural thing I could do, the most primal thing I could do, and it worked.

When we surrender to this, we discover amazing inner resources that we probably were unaware of before. And when everything calms down again, we realize that we are wiser and stronger than we thought we were.

The real “Guru’s” to me? Those that move through life, through the difficult times, with grace and ease and authenticity – with acceptance. The ones that just do it, and get through it time and time again.

The pursuit of enlightenment? Maybe it’s just surrendering to life and not a “finish line” or goal at all. Maybe it’s just living this life, breathing, crying, screaming and laughing and appreciating it together.

Holding love and life in it’s raw form and knowing that not only is it all ok – but that it really is beautiful.