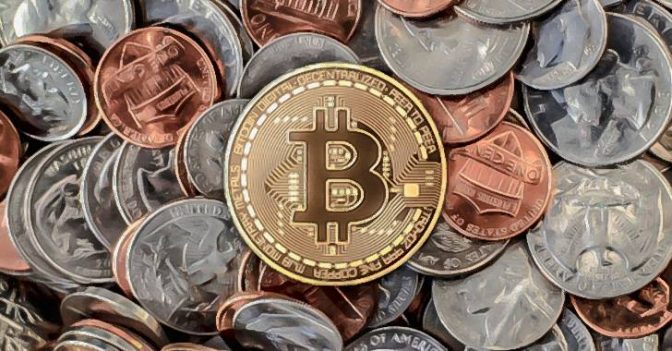 (ANTIMEDIA)  — The cryptocurrency market is booming, with more and more people swapping traditional fiat money for digital currency every day. Breaking into the crypto space has a steep learning curve and can seem daunting at first, but a new startup called Hoard makes it easier than dropping a quarter in the piggy bank. Literally.

Hoard is a “micro-investment app” that rounds up the spare change in your debit or credit account and invests it in cryptocurrency for you, making adoption virtually effortless. Transactions are instant and inexpensive, and users can set up one-time, daily, weekly, or monthly investments. A multi-wallet allows users to swap one currency for another instantly so you can turn your Bitcoin into Litecoin or Primecoin into Blackcoin, for example, with very little effort.

In an interview with Anti-Media, founder and CEO Jason Davis said the idea for Hoard originated from a question he saw in an online cryptocurrency group posted by someone who happened to be new to the world of crypto. Surprised to find many of the responses critical and even disparaging, Davis reached out to the individual directly to offer his expertise and was reminded of his own shaky first steps onto cryptocurrency’s rough terrain.

A carpenter until the age of 28, Davis said he first learned of Bitcoin in 2010 after tossing around the idea of a “floating currency” with a coworker, which led him to do an internet search on the concept. However, he didn’t invest until 2013. In that time, a major shift occurred in Davis’ life when his father fell ill and his family had to sell their home. Davis sat down in front of a computer and taught himself programming and user experience design and was soon poached by Wells-Fargo, where he learned how to operate a large-scale company.

Now well-versed in finance and established in the crypto arena, Davis says his goal is to empower others and make investing easy for everyone by integrating modern banking ecosystems into the digital currency space. What started as a conversation with a stranger on Facebook became the inspiration to create a more welcoming entryway into the world of cryptocurrency where new users can comfortably invest, buy, sell, store, and swap coins.

Hoard is an Initial Coin Offering, or ICO, currently looking for its first seed round of venture capital and investment advisors. Public beta testing of the web app will be available in late September by invitation-only, and both Android and iOS apps will be released shortly after. Additioal features that will be available in the future include Venmo-like peer-to-peer instant payment transactions, an AI chatbot to help new users, and high-security cold storage with a user interface.

Hoard will also offer financial management services when crypto is inevitably regulated as a currency by the federal government. “And it will be regulated,” said Davis.