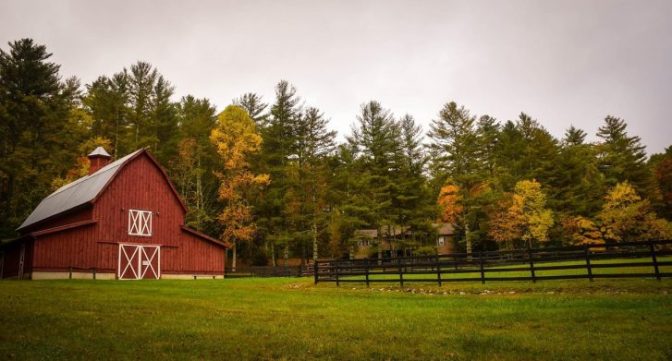 My home is “The Driftless” area in Southwestern Wisconsin. A one hundred square mile geographic anomaly, this beguiling jewel of hills and coulees, cold water springs and trout-filled streams was untouched by the glaciers of the last ice age. Hence, the lack of glacial drift or simply “The Driftless”.

Unsuitable for gigantic factory farms that consume much of the paper-flat Midwest, our rolling hills are still dotted with picturesque family farms and organic dairies.

The Driftless is a Karstic geography characterized by soluble limestone that erodes to form caves, caverns, underground streams and springs that make it hospitable to diverse lifeforms. There seems to be a special, almost magical quality to this land and many claim that they were inexplicably drawn here.

Native Americans were drawn to the Driftless for the abundance of wildlife, fish and foraging and used the caves for ceremony, burial and as sources of clay and other minerals. The spring water was thought to have healing properties. The caves and grottos were seen as portals to more harmonious realms.

A Karst landscape is shaped by water both below and above ground. Water seeps into the ground through cracks in the limestone, hollows out underground caverns and rivers, then re-appears as springs and seeps.

But this permeability makes Karstic areas especially vulnerable to surface pollution such as pesticides and raw manure.

Confined animal farming operations or CAFOs are a threat to the purity of Karst water. When animal wastes are washed off Driftless hillsides or out of over-flowing or leaking manure ponds during a rain, they can enter a cave system. The decomposition of this material removes oxygen from the water in the caverns, threatening aquatic species and rendering it unfit for drinking. The pollution can travel quickly through underground streams to distant areas.

As humans dwelling within this landscape, we feel our responsibility to nurture and protect it. As I write this, my community is facing a serious threat to its quality of life from “Big Ag”.

But as we observe the potential entry of an Iowa Corporation’s industrial scale slaughterhouse that threatens our healthy ecosystem, we are told that our officials’ hands are tied. Public monies have been previously sunk into the property [initially a locally-owned butcher shop] and yesterday’s good intention must now flow from the unlimited tap of tax-payer largesse through the manure pit and sinkhole until it gurgles up miraculously into the pockets of shadowy fat-cats from Des Moines.

Must we watch, helplessly, as our home is degraded?

Or could it be that we, as individuals and community have the power to ensure the health and purity of our precious Driftless bioregion.

What if our ancestors presented us with a gift from the past; the power of personal stewardship?

Agnihotra is Vedic technology from the 5th century b.c. or earlier, resurrected at this critical juncture in human history by Shree Vasant Paranjpe. Agnihotra utilizes simple, natural materials, as well as emanations from the sun, to set up a natural protective and healing energy field. 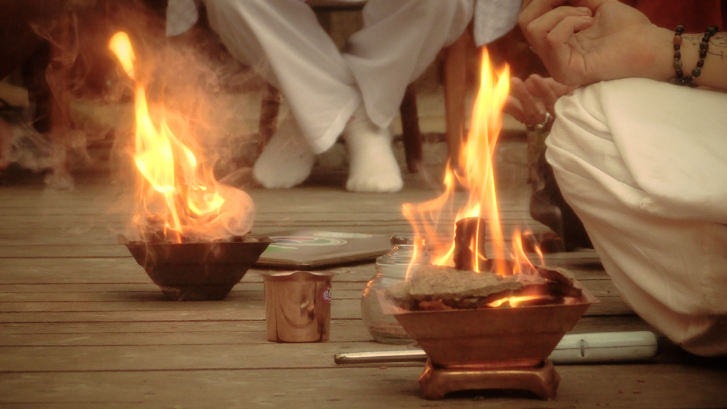 A number of studies have shown that performing Agnihotra purifies nearby water. Ash from the Agnihotra fire, when added to water has the same effect. In one study, raw water from the Mula-Mutha River in Pune, India was drawn at a source where municipal waste is dumped into the river. The water was passed through a column of Agnihotra ash and collected for analysis. The following parameters were evaluated to check the potability of the water; pH, color, odor, conductivity [salt], solids, hardness, biochemical and chemical oxygen demand and microbial colony count.

Pathological microbes diminished by up to 95% and pH, color and odor became acceptable. [ref]

The raw, polluted water became drinkable and suitable for use on fields.

In 2015 a study was undertaken to evaluate the changes in quality of water kept near an Agnihotra fire. The study was designed to rule out effects from the smoke or from possible electromagnetic influences from the fire.

Water samples from the Narmada River in India were sealed in metal and glass containers and kept in a room where Agnihotra was performed for 5 days. The control samples were placed in identical containers and kept at a distant laboratory. The samples were then analyzed by technicians who were “blinded” as to which samples were kept near the fire and which were controls kept in the lab. The experiment was repeated 3 times with similar results.

Overall, the water quality of the Agnihotra samples was greatly improved. Dissolved oxygen increased by 200%, pH decreased toward neutral, chemical oxygen demand, hardness and Coliform count all decreased by approximately 70%.

These results prove that Agnihotra drastically improves nearby water quality and that this effect can only be due to an energy field. Furthermore, because metal bottles acted as Faraday cages, this energy field does not occupy the electromagnetic spectrum.

This finding is consistent with the Agnihotra energy field postulated by Dan Winter in his book Fractal Space Time [http://www.fractalfield.com/fractalspacetime/]. Winter describes this field as toroidal, fractal, negentropic [moving towards order] and bioactive, capable of sorting out those waveforms that do not conform to the key signature of biology, the golden ratio, aka Phi, and resonantly enhancing those waveforms that are based on Phi geometry.

That is all well and good, you might be thinking. But entire rivers cannot be strained through Agnihotra ash and one- liter bottles will make just a drop in an entire hydrological system. However, large bodies of water have been purified by Agnihotra, as well.

The Narmada river was found to be cleaner adjacent to an Agnihotra center than points up or downstream. Homa Therapy Goshala is a healing center that uses Agnihotra as a healing modality. Water quality at four points along the river was evaluated using seven parameters as recommended by the World Health Organization. The water next to the Homa Therapy Center was significantly better in every parameter measured. In fact, this was the only place where the water met the WHO standard for potability.

Back here in Driftless, Wisconsin, hundreds of concerned citizens are gathering and activating their collective political will to prevent an outside, monied corporation from threatening our land and water quality.

They are quietly being supported by a small but growing group of Agnihotris who are lighting their fires near the confluence of the Kickapoo river and the Mighty Mississippi. The Kickapoo Agnihotra Circle is maintaining a bio-active, protective electrical field to physically protect our water and to bring our loving intentions into reality.

To learn how you can begin to protect your home and neighborhood with this powerful technology, go to Arksoffire.com.