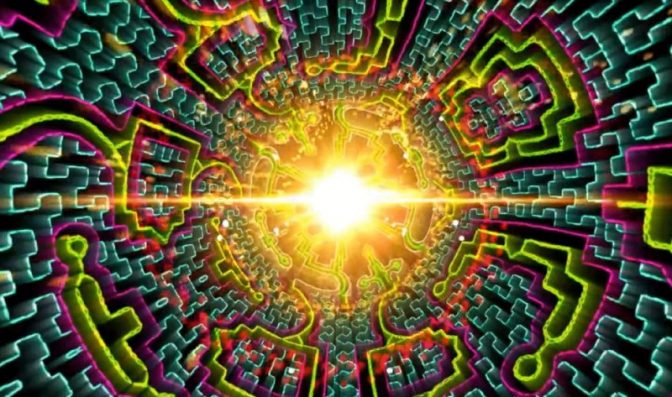 Depression, anxiety, and addiction are among the most common illnesses that plague the western world today. It seems that every second person is either taking some form of anti-depressant or self-medicating themselves with alcohol or recreational drugs. This occurrence can be viewed in all age groups; the idea of escaping problems using the common vices previously mentioned.

It seems as though our overall health and well-being are no longer in the interests of the health care system, when a person of any age can walk into a doctor’s office and attain a prescription to antidepressants. It’s time to take a step back to look inside ourselves to find out where these issues are coming from.

Are any of these substances or so called medications serving us, or allowing us to find peace within ourselves? For centuries ancient cultures from around the world have taken the naturopathic approach to healing their ailments, and it’s this concept of utilizing nature that western society has moved away from that might be one of our biggest downfalls.

Deep within the Amazonian jungles, a traditional plant based medicine called ayahuasca has been used throughout their culture’s history to cure any known illnesses. In recent years, this form of medicine has found its way to North American culture, and is gaining widespread attention from many medical professionals.

So what is ayahuasca? Traditionally, it is a tea or brew made from the combination of the vines and leaves of certain plants from the Amazonian jungle. This tea is brewed by what is described as a “shaman”. Shamans are considered the medicinal doctors of the native cultures in South America. These people are said to have the ability to communicate with the spirit world, and during an ayahuasca ceremony the shaman uses these abilities to help the participants through their journey with the plant medicine. It is unknown how long these ancient cultures have been using this alternative form of medicine. The first recorded usage of ayahuasca in western society was made in 1851 by a famous European scientist named Richard Spruce. Archaeological evidence suggests that native plant use dates back thousands of years.

Ayahuasca is considered a sacred practice by the natives of South America, and the tea is usually ingested in a group setting using a ceremonial approach. The ceremony is led by the Shaman, and the participants usually include people from all walks of life. Academic researchers have taken interest in this sacred practice in recent years, exploring the idea of using ayahuasca to treat depression, anxiety, or even drug addiction. These scientists are finding their way to the amazon to take part in these ceremonies to expand their own awareness of foreign medicine in hopes to take what they have learned back to America. National Geographic has written articles on the plant based medicine; even David Suzuki has explored the idea in his CBC program “The Nature of Things”. It is clear that the North American science community is beginning to realize that our current approach to therapy is no longer serving the masses.

So you may be wondering what an ayahuasca experience entails? Usually a participant agrees to take part in an ayahuasca ceremony because there are either physical or emotional issues that need to be dealt with, or sometimes the intent behind participating can simply be to attain knowledge of self. These mental issues can vary from traumas such as abuse, depression in the teenage or adult years, drug and alcohol addictions, and so on and so forth.

The participant is required to go on a strict diet, called a “dieta”, the week before their experience. This cleanse allows for the body to rid itself of dangerous toxins that may interfere with the effects of ayahuasca, and it also allows for the mind to be clear and ready for what the medicine will teach its user.

Traditionally, the ceremony will take place within the amazon, although it is becoming common for trained shamans to travel to Canada or the United States, bringing the medicine to local communities for people who are not able to commute. The brew is usually taken after the Sun has set, and so the group of participants meet beforehand to introduce themselves to the rest of the party and to the shaman leading the ceremony.

Once settled in, the ceremony commences as one by one each person drinks the amount of ayahuasca decided by the shaman that will be necessary for their healing journey. After the participant has drunk the ayahuasca, they return to their bed and begin their solitary meditation for the rest of the evening.

Ayahuasca brings its user into an altered state of consciousness, which can seem frightening at first, however the shaman and other helpers are there to guide and aid people if they are going through a difficult experience. It’s through this altered state of consciousness that the ayahuasca users become aware of mental or emotional traumas that have been affecting them at a subconscious level, whether it is abuse, substance addiction or so on.

It is said that when someone takes ayahuasca, the spirit of the plant manifests through the guide of the shaman, and it is this spirit who helps teach and heal the participants throughout the ceremony. The ayahuasca ceremony can bring up difficult experiences, and it is common that when someone is dealing with a difficult memory that in order to heal they will expel bad energies in the form of purging, crying, yawning, or even defecating.

The more difficult experience a person goes through, the more they are healing and shedding themselves of the ghosts of their past. During the ceremony, the shaman may feel that someone needs personal attention, and can do one-on-one healing work with that person. In the tradition of the ayahuasca culture, the shamans will chant sacred hymns throughout the ceremony to guide the participants through their journey, which can last anywhere from 2-6 hours. After the effects of the plant medicine have worn off, the patient is usually exhausted and will need to sleep; it is in the following day and days to come that they will feel like a new person, having shed any unnecessary emotional and physical weight that they have been carrying.

What has happened to North American culture that has made us think that we are separate from nature? What has caused us to think that synthetically created drugs or alcohol can solve our problems? These are important questions which must begin to be addressed during this time. Stats Canada states that 8 % of Canadian adults suffer from depression.

The pharmaceutical industry brings in billions of dollars a year, and the alcohol industry is not far behind that number. Perhaps the indigenous cultures that recognize that we are a part of nature, and who understand that nature has the ability to restore our health and well-being, are more ahead of the game than we know.

Western society is now beginning to explore the concept of alternative medicine and is starting to accept that the way in which we are dealing with illnesses are no longer serving the masses. With these new alternatives such as ayahuasca being utilized, perhaps we are on the brink of a new era of health empowerment and a new era of self-awareness like never seen before.

*Most of the ceremonial information from this article comes from my own experiences with ayahuasca.