What Can We Do About the Dangers of 5G? 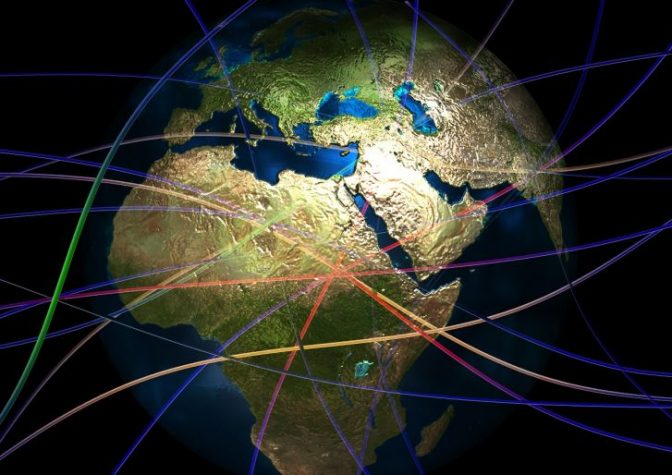 For most people, the sound “5G” brings out a sense of dread, worry and uncertainty. Has this technology been thoroughly tested on humans for safety? Have we solved the problems of 2G, 3G and 4G?

Where is it all going and how can we avoid it? Dr. Devra Davis, President of the Environmental Health Trust and former appointee by President Bill Clinton to the Chemical Safety and Hazard Investigation Board believes that 5G is not safe and it has not been tested. We already know from thousands of other tests that low-level radio waves can cause:

It has also been shown that 5G can penetrate the skin and our sweat ducts, which act as antennas that 5G will interact with.

5G is coming — being installed everywhere around the world as we speak. But all forms of microwave radiation from cell phones, Wi-Fi, Smart Meters, and the Internet of Everything are already reaching most everyone on Earth.

And what about 5G potential to be used as a weapon against us? Is that true? 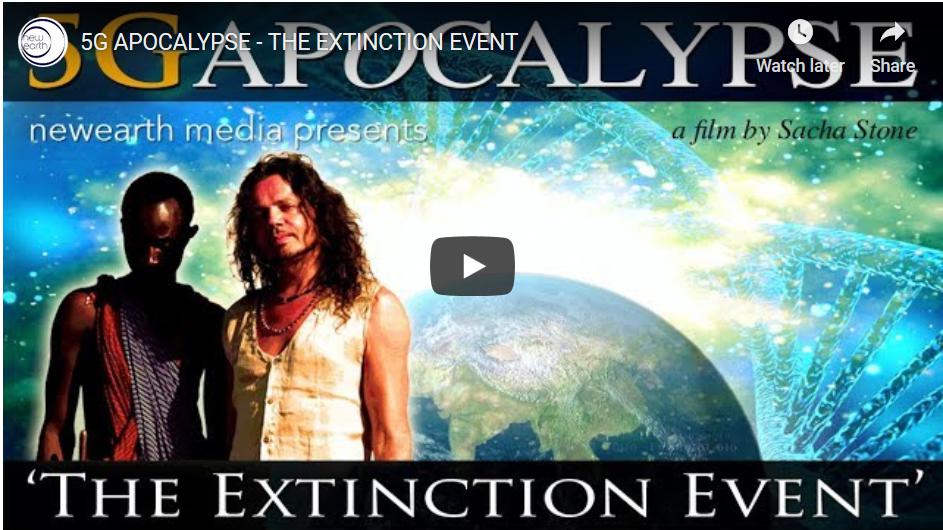 We already know from live-cell blood studies, that our cells react violently to normal cell phone signals. The cells clump together and try to protect themselves from the incoming radiation signals. This cuts down on oxygen absorption and slows down the ability of the cells to take in nutrients as well as release toxins for removal from our body.

The Chi Organizer (known as the Chi-O) is a small frequency generator that cycles through a series of Bio-Friendly frequencies about 30,000 times per day. Because the frequencies are closer to you, your cells can tune to these frequencies more easily than foreign signals such as Cell Phones, Wi-Fi, Smart Meters, etc. Tests have shown that the Bio-Friendly frequencies of the Chi-O, Chi Organizer help the cells to relax and reorient themselves after using a cell phone. Here are pictures of some blood cells before and after a cell phone call, and then after wearing the Chi Organizer. Before using the cell phone, the subject’s blood was taken as a control. The blood was not in the perfect condition to begin with. 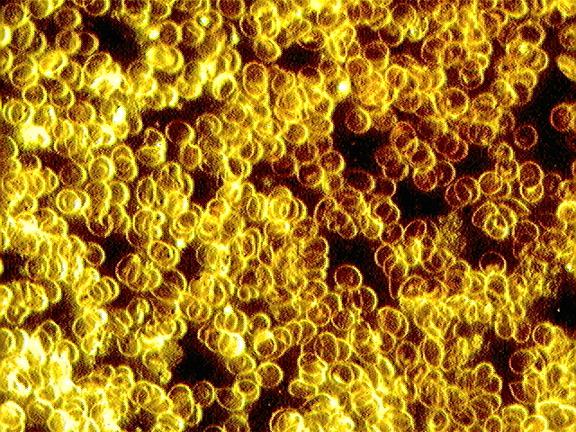 Before using the cell phone, the subject’s blood. 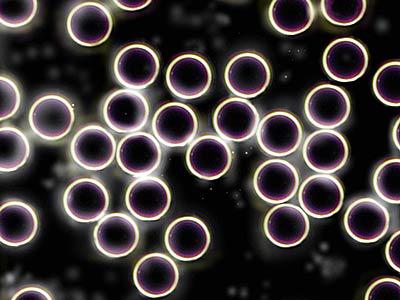 When each cell has space around it, it is easier for the cells to get nutrition and eliminate toxins.

After a 10-minute cell phone call, the blood clumped together and looked like this: 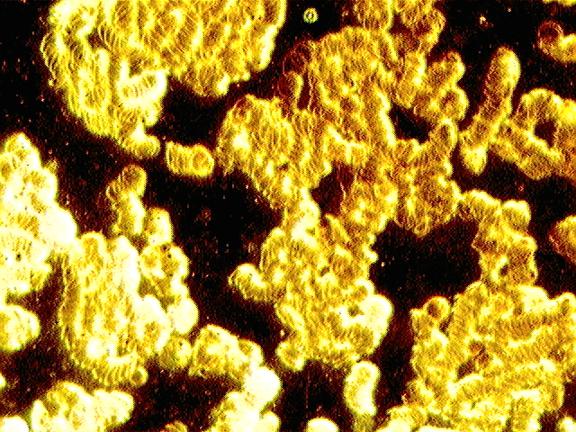 The cells are clumping together and trying to protect themselves.

After wearing the Chi-O, Chi Organizer and receiving the Bio-Friendly frequencies for only 10 minutes after the cell call, the blood looked like this: 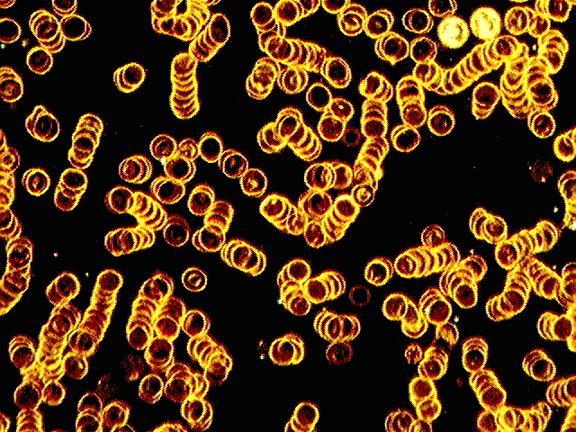 We will have to wait until 5G is completely installed to find out how the cells respond, but it makes sense that they will follow the same pattern that they have with 2G, 3G, and 4th Generation technology.

As soon as we have definitive data on 5G protection, we will let you know. Current Electro Smog levels are already too high in most areas. When 5G arrives, everyone will need to be well educated and reduce their overall radiation exposure as much as possible.

Here are some simple things you can do — now — to lower your exposure to EMF radiation.

1. Put a timer on your Wi-Fi modem in your home (if you have one). Our pineal gland perceives microwave radiation, like that of a modem, as light and reduces the production of melatonin (which we need for cell repair and restful sleep). Set the timer to turn off the modem about bedtime and turn on after you are normally awake. A simple light-timer will work fine and you can usually find one for less than $15.00.

2. If you use a laptop, turn off the Wi-Fi and connect a network cable directly from your laptop to your modem. A very long wire is less then $20.00. Wi-Fi from your computer is one of the highest exposures that most people have. This is a simple and inexpensive way to greatly reduce your exposure.

3. Get an external “Wired” keyboard and mouse for your laptop. Total cost, about $25.00. (Small investment for another direct exposure to EMF.)

4. Use Silver-impregnated cloth. This is another simple way to keep microwave signals away from your body. You can line your pants pocket with it to keep the signals from going directly into your body. If you use it on your phone case, it can also cut down the EMF.

· Do not put a cell phone in your pants pocket (without protection) or your bra!!!!

· According to the warnings in all cell phone literature, never place the cell phone directly on your ear (head)!

· Don’t let your babies play games on your phone unless it is in Airplane mode with Wi-Fi off!!! 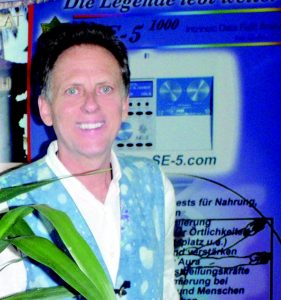 Don Paris, Ph.D. (h.c.) is a published author, speaker, video producer, and musician. He is known as the guru of the SE-5, the world’s most respected subtle energy instrument. www.se-5.com

His latest development, the Chi-Organizer has helped thousands of people around the world with EMF protection and sensitivity. More info at https://chi-o.net

He is well loved for his style of bringing challenging concepts into an easy to understand language and has been a popular speaker at the Quantum Energy Medicine Conference, Global Sciences Congress, NewEarth Festival, Congress of Spiritual Scientists and the United States Psychotronics Association.

He has created the most detailed explanation of the principles of Scalar Electro-magnetics, Radionics and Einstein’s “Spooky Action at a Distance. Don created the most advanced training courses in the entire field at www.radionics.online. He began exploring the subtle dimensions in the early seventies, and has now trained people in over 30 countries around the world in the workings of Radionics and the subtle dimensional realities.

Don was awarded an honorary doctorate degree in Human Sciences from the International University of Vitalogical Sciences in Stockholm Sweden in 2000 for his work with Radionics and subtle energies. He and his wife, Ilona Selke, have contributed to radio and TV shows, and have been quoted in numerous publications around the world. They teach seminars in Quantum Psychology in the US, Europe and Asia. When not traveling to teach, they divide their time between their homes in the Pacific Northwest and Bali. Through his work he dedicates himself to bridging the barrier of the physical boundaries to the subtle dimensional realities.

in the School of Science & Design Innovation