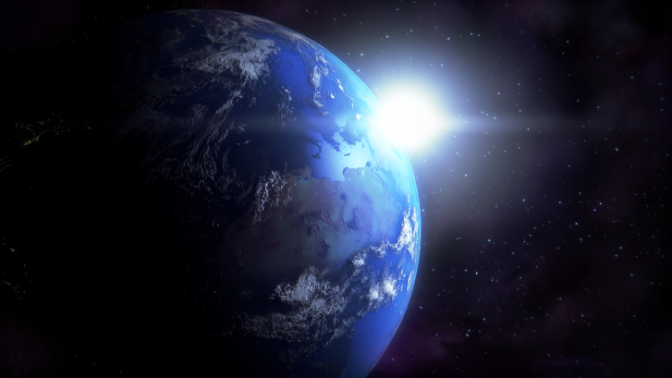 In the current world situation what do you see being transformed, especially in relationship to the past aeons?

I think the most obvious transformation is the total degeneration of the general life wave and level of intelligence. Certain aspects are reaching their peak, the general trend is towards degeneration and dissolution. While you’ll find pure streams of really dynamic spiritual teachings, things like the internet are just packed with the most squalid trash, the basest of human emotions. Of course it’s all emanating from electronic equipment or electrical equipment which is using natural forces in the most degenerate fashion possible technologically, so it’s all hand in hand. It’s not so much transforming as degenerating I believe and from that situation a transformation will come from the pure sparks of spirit and intelligence that are still working within that.

Basically the current earth condition could be, using an analogy, like the black phase of alchemy where the experiment seems to have failed and turned to shit and that’s usually where the alchemist will give up and think that they’ve failed, but that’s actually the crucial phase because if they work through it that’s what the pure sparks of spirit are within and once the dross is precipitated off then you have what’s happening, the philosopher’s stone.

Really what’s happening now on the earth is the dross is coagulating and it does look like the whole world’s gone to crap and it’s hard. Even a lot of intelligent people wonder if it’s even worth dealing with at this point. But the truth is that within everything is that kernel of the next phase which is coming. What exactly that will be can’t necessarily be determined because everybody has a different viewpoint but the fact remains the transformation is coming and the pure streams of spirit which are appearing now will be the foundations for the next phase. And the dross that’s collapsing and degenerating at this point will pretty much be obliterated and not be a part of the next wave.

Do you see what’s happening as part of the natural cycle on this planet or do you see it as something which is being imposed by supposed outside forces?

They both actually may be the same thing. On one hand it does seem to be part of the natural process if you you look at Steiner’s view of the evolution of civilisations. Ancient civilisations of the Lemurians and Atlanteans worked with natural energies in their own fashion at the time and understanding of the world view but ended up destroying their civilisations through the misuses and misunderstanding. So in that sense we could say the current world condition is just a part of that process, but at the same time there does seem to be some sort of sickness or rent in space which has opened up which is perhaps part of what happens when the forces are used improperly. But then again you wonder what the natural process is. Here we are on this seeming third rock from the sun but that’s merely an appearance and while most people would laugh the truth is the whole third rock from the sun concept is merely calculated – it’s actually never been measured. The measurements indicate that the earth is the centre and the sun goes around it but everybody believes something totally different from what they perceive and think. There are reasons for that, some of them valid but the truth is life responds to that geocentric world view or more properly anthropocentric or life-centric.

Do you think this is one reason why there is such a schizophrenic condition prevailing among people, because of these two world views – we’re directly affected on earth by what we see but intellectually we’re told something completely different?

Oh totally, and the whole root of that goes back hundreds of years to the Copernican revolution and the eventuation of the discursive consciousness over the intuitive and the direct perceptual. Only that which could be measured or weighed was allowed into science and only what scientists agreed on was real, became what filtered into the world view and in that sense modern science is the most profound religion on the planet these days because people believe the world view. Whether or not there’s a god or anything is really not a religious thing it’s just a simple pigeonhole for religion. The truth is the world view that people believe in is their religion and people, no matter what they claim their religion to be they believe pretty much in the modern scientific world view – which I admit is a potential reality in space.

If you take dead matter reduced to its lowest common denominator you come up with what Copernicus came up with – that’s what the Copernican revolution really was. It wasn’t that he discovered that the earth went around the sun, it was that he reduced the complex motions of the heavens to the lowest common denominator. So that world view is calculated and not perceived. It can be built up in the imagination and understood, which people do, but when they deny the other one on top of it then sure, it creates a schizophrenia, it creates a total misunderstanding of energies, how they’re used. It creates a total disruption and cancerous society which I believe is the actual root cause of the situation today.

What do you see as the main methods of healing the breach between these two modes of consciousness?

There’s various ways basically. I tried for many years to get people to understand what science really is and where science went. You can’t get people to really look at these areas because they believe science has already figured it out so you get the knee jerk reactions. But I found that more people got turned onto like Rudolf Steiner’s Anthroposophical sciences and opened up and started understanding these. These are the sort of people who work in very progressive healing modalities, biodynamic farming, or like Trevor Constable with his etheric rain engineering, something where you’re directly healing the atmosphere and allowing rain to come in drought areas, so it’s very real. Understanding where you’re at and trying to push through to the true nature of things can have a profound effect on technology as well as mental and physical health of people and the processes which revolve around maintaining those levels of health.