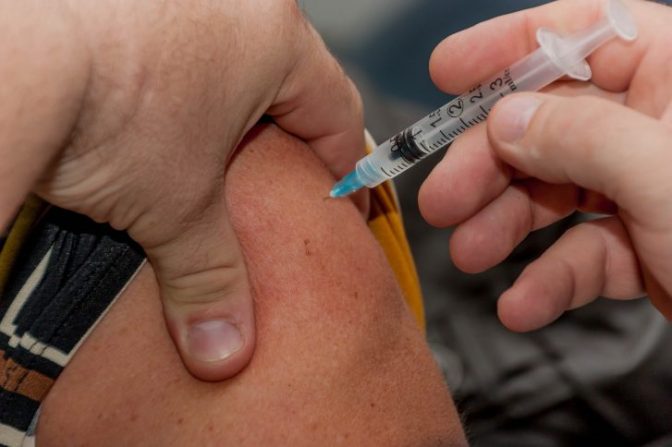 (Naturalhealth365) According to an international team of experts, this year’s flu season is going to be a doozy and the flu vaccine will most likely prove to be a total failure – at protecting the public.

An unusually severe season has already racked up record numbers in Australia, and – with the virus making its way into the Northern Hemisphere – experts warn that the United States should expect the same.

It’s important to note: the flu vaccine used in Australia has the same constituents as the formula used in the U.S. – and it did not exactly “hit it out of the park” when it came to preventing the flu. In fact, it was largely ineffective.

Does the flu vaccine really work?  Experts expect a record-setting numbers of outbreaks

In a perspective published last month in The New England Journal of Medicine, an international team of medical researchers evaluated the efficacy of the flu vaccine employed for the 2017 flu season in Australia.

And they say it came up short – to say the least.

In a preliminary estimate, the team evaluated the vaccine as “only 10 percent effective” at preventing the specific strain of virus that was predominant during Australia’s flu season.

The researchers reviewed the Australian statistics with “mounting concern,” noting record numbers of laboratory-confirmed influenza outbreaks and higher-than-average numbers of hospitalizations and deaths.

The research team urged that more research be performed in order to develop a universal flu vaccine which could be used against all seasonal flu strains – and, theoretically, eliminate the need yearly flu shots.

The ‘elite team’ of medical experts was helmed by Dr. Anthony Fauci, the Director of the Institute of Allergy and Infectious Diseases at the National Institutes of Health.

Vaccine development is a “hit-or-miss” proposition

There are three different classifications of influenza, each with its individual serotypes. Figuring out which strains to target involves more guesswork than medical authorities like to admit – and experts say the developers of the vaccine may have chosen the wrong circulating flu strain to target.

And, even if the vaccine happens to be designed for the predominant virus circulating that season, it will be ineffective if your body hasn’t produced a full response – which can take up to fourteen days – or, if too much time elapses between vaccine and viral exposure.

The U.S. Centers for Disease Control and Prevention (CDC) continues to endorse the flu vaccine – even though (at the same time) they admit it doesn’t work. (it’s crazy!)

New report notwithstanding, the CDC continues to maintain that the annual flu vaccine is the “first and most important step in protecting against flu viruses.”

Of course, the CDC urges the public to get vaccinated, saying that the current vaccine, although imperfect, is still ‘a valuable public health tool’ – a response that many natural health experts and vaccination critics find puzzling. (to say the least)

A 2013 study – by the CDC, no less – found that older adults who had received the flu vaccine were just as likely to seek treatment for the flu as those who didn’t. Vaccination opponents point out that this is an inexplicable finding – if the flu vaccine were actually effective.

In addition, many experts are troubled by the fact that the flu vaccine contains neurotoxins and heavy metals. These include mercury, aluminum, glyphosate – the toxic herbicide used in Roundup weed-killer – and ethylene glycol, more commonly known as antifreeze.

Fortunately, you can defeat common colds and flu without the doubtful benefits of vaccination.

Click here to listen to a valuable NaturalHealth365 Podcast about beating the flu naturally – hosted by Jonathan Landsman.

With proven abilities to “rev up” the immune system, vitamin C should be the first weapon in your defense arsenal. Studies have shown that high doses of this antioxidant can dramatically reduce acute cold and flu symptoms, and potentially reverse infections completely.

Vitamin C expert Thomas E. Levy, MD, JD notes that the nutrient must be given in multi-gram dosages throughout the day in order to be effective, and recommends multiple forms of vitamin C for maximum benefit.  Click here to learn more about Dr. Levy’s “multi-C protocol.”

Dr. Levy advises taking liposome-encapsulated vitamin C at 1 to 5 grams a day, and using ascorbic acid up until bowel tolerance – the point at which diarrhea develops.

Ascorbyl palmitate, at 1 to 3 grams a day, helps to get vitamin C into fat-soluble areas.

Dr. Levy sometimes advises intravenous vitamin C, in the form of sodium ascorbate – at 25 to 150 grams a day for a few days – then reducing to several times a week. This method allows massive amounts of vitamin C to enter the bloodstream quickly, where they can go to work boosting the immune system by neutralizing the threat of oxidative stress.

Quercetin, a bioflavonoid and antioxidant found in fruits and vegetables, has potent antiviral, anti-inflammatory and immune system-boosting effects.

Research has shown that quercetin can interfere with the replication and spread of viruses. (In one study, seven days of pretreatment with quercetin caused mice to be significantly more resistant to influenza.)

You can increase your dietary intake of quercetin by eating plenty of fresh, organic fruits and vegetables — particularly apples, grapes, cranberries, tomatoes, blackberries and onions.  (Incidentally, sharply reducing or eliminating sugar and alcohol is also a boon to the immune system.)

Quecetin is available as a supplement, with integrative physicians often recommending 500 – 1,000 mg per day for increased immunity against colds and flu.

Olive leaves and olive leaf extract have long been used in herbal medicine to protect against infectious disease. Modern research has shown that the leaf’s active constituent, oleuropein, aggressively blocks viral replication by interfering with the protein production of viruses.

Olive leaves have another nifty effect against viruses. Researchers have found that they actively trigger immune cells to engulf and destroy pathogens – which is bad news for any virus cells trying to take hold in your body.

Integrative doctors may recommend supplementing with olive leaf extract at 500 mg  – four times a day (short-term use) in order to boost the immune system and fight viruses.  But, as we always suggest, seek the advice of a trusted healthcare provider to see what’s best for you.

Remember, this year’s primary influenza virus looks to be particularly nasty.  But, arming yourself with these natural defensive weapons can go a long way towards helping you evade flu misery – and surviving the winter season in good health.