The Issue With Adaptogens No One’s Talking About 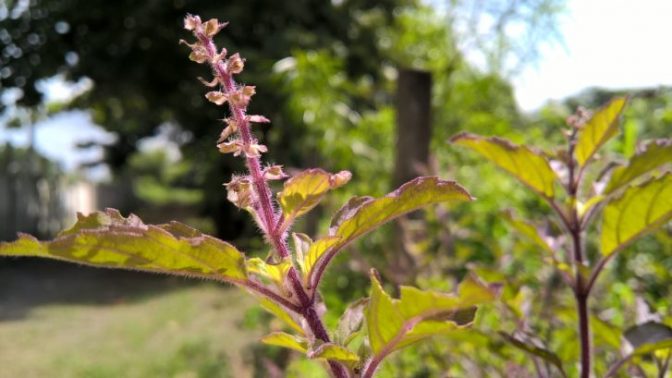 If you want to find something “bad” about something “good,” you just have to search hard enough on the Internet. While there will always be an opposing opinion, or study, it’s important to consider all sides. This is particularly true for trends.

You will find headlines that tell you what to eat, and what not to eat, every single day, sometimes even about the same food. Adaptogens have been on the good list as of late, but there’s some information the trend-driven articles informing the masses are leaving out.

Adaptogens are herbs considered to help the body adapt to stress and to exert a normalizing effect upon bodily processes. Among the most well-known are ginseng, holy basil, and licorice root.

The wellness world has been buzzing with talk of these powders for some time now, recommending adding them to your daily smoothie to experience an array of health benefits. But like anything that the general population comes to learn about and love, everyone wants more. Maca, for instance, has been touted for its ability to improve sex drive. So should you add heaps of the powder to your recipe? No, and this is where people really need to pay attention.

Unlike, say, an over-the-counter or prescription medication for ailments, people using food as medicine don’t have directions or warnings to prevent them from over-using the item. This can become problematic when people assume taking an adaptogen is the same as consuming a lot of bread, eggs, or cheese. Adaptogens are powerful, and a little can go a long way.

As Dr. Steven Gundry, author of The Plant Paradox, points out:

While there is copious research on their effects and lack of toxicity in Russia and China, much less is published in the English literature. However, as just one example, in an American rat study, the average dose of Rhodiola, one of my favorite adaptogens, to achieve 50 percent toxicity was over 3,000 mg/kg. In other words, a 150-pound person would have to ingest about 95 pounds a day of Rhodiola. Since I use between 100 and 500 mg for my patients, that’s not likely to happen.

Licorice, on the other hand, may be of concern, since it contains glycyrrhizin, which can significantly raise blood pressure by affecting kidney function. According to Gundry, this is why you should buy de-glycyrrhizinized licorice.

Most doctors will give the green light to healthy adults taking three grams by mouth up to two hours before eating. This can help people with type 2 diabetes control their blood sugar. However, you should talk to your physician before you add ginseng to your existing regimen. “There isn’t an appropriate dose,” says dietitian Lori Zanini. “It depends on age, health status, and other factors.”

Adaptogens don’t always improve things. For example, ashwagandha, an adaptogen associated with hormone balance, can have unintended consequences for people struggling with a sluggish thyroid or Hashimoto’s. Instead of creating homeostasis, ashwagandha can cause excessive amounts of thyroid hormone production, resulting in the opposite problem.

The issue is that, while adaptogens have been revered for thousands of years across different nations and cultures for their healing properties, it’s important to use even natural medicine with caution. Adaptogens aren’t meant to make your life suddenly improve, but to boost it along with other lifestyle habits, like eating enough high-quality proteins, healthy fats, and plant foods, along with daily meditation and exercise.

Though the question of how much someone would have to take of an adaptogen to overdose may not be so cut and dry, the point is that, while adaptogens are touted for their ancient healing medicinal value, they should, as with any medicine, be taken in moderation.