Light Language For Cellular Re-Calibration: Sound Medicine of the Future 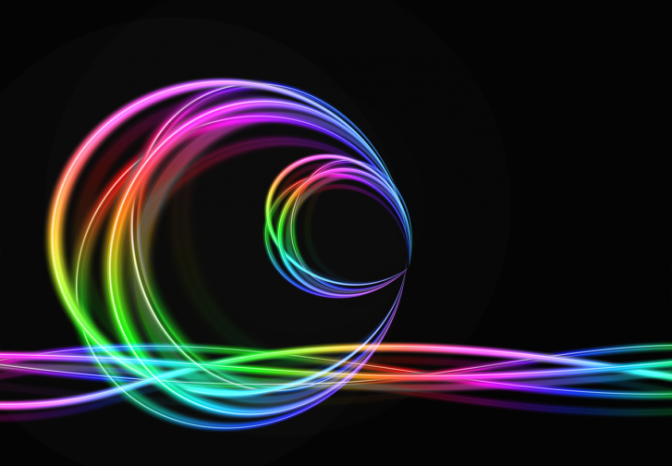 “If you want to understand the universe, think in terms of energy, frequency, and vibration.” ~ Nikola Tesla

Scientists prove that DNA can be programmed by words and frequencies! THE HUMAN DNA IS A BIOLOGICAL INTERNET and superior in many aspects to the artificial one.

Russian Scientific research has developed evidence that there is a whole new type of medicine in which human DNA can be influenced and reprogrammed by words and frequencies WITHOUT cutting out and replacing single genes.  Russian linguists have found that 90% of the genetic code in our DNA, serving as data storage or communication infrastructure, follows the same rules as all our human languages!

This scientifically explains why light language, hypnosis, positive language and the like can have such strong effects on humans and their bodies. It is entirely normal and natural for our DNA to react to language.

Esoteric and spiritual teachers have known for ages that our body is programmable by language, words and thought. This has now been scientifically proven and explained.

Scientists have also discovered that if our DNA is attuned to the the ‘right frequency’ that is in alignment with the inherent DNA vibration, that individual’s can ignite their ability for ‘Hyper-Communication’ , accessing tunnel connections between entirely different areas in the universe through which information can be transmitted outside of space and time.

The DNA attracts these bits of information and passes them on to our consciousness. This process of hyper-communication is most effective in a state of relaxation, not within a person who is in a stressed, hyperactive intellectual state.

In nature, hyper-communication has been successfully applied for millions of years. The organized flow of life in insects, for example, proves this dramatically. Modern man knows it only on a much more subtle level as “intuition.”

The side effect encountered most often by human beings in hyper-communication are inexplicable electromagnetic fields in the vicinity of the persons concerned. Electronic devices such as CD players and the like can be irritated and cease to function for hours. When the electromagnetic field slowly dissipates, the devices function normally again. Many healers and psychics know this effect from their work.

In earlier times humanity had been, just like the animals, very strongly connected to the group consciousness and acted as a group. However, to develop and experience individuality, we humans had to forget hyper-communication almost completely.

Now that we are fairly stable in our individual consciousness, we can create a new form of group consciousness, namely one in which we attain access to all information via our DNA without being forced or remotely controlled about what to do with that information. We now know that just as on the internet, our DNA can feed its proper data into the network, can call up data from the network and can establish contact with other participants in the network. Remote healing, telepathy or “remote sensing” about the state of relatives etc.. can thus be scientifically explained.

Some animals know also from afar when their owners plan to return home. That can be freshly interpreted and explained via the concepts of group consciousness and hyper-communication. Any collective consciousness cannot be sensibly used over any period of time without a distinctive individuality.

To read in more depth, “Vernetzte Intelligenz” (‘Networked Intelligence’), Grazyna Gosar and Franz Bludorf (only available in German at this stage).

In Light Language, we take the next major step in consciousness and evolution. We can learn to write light, communicate with light on all levels. Light Language combines physics, sacred geometry, and light. Unlike words, Light Language stays true to form, and is a unique download, never completely the same as the next download.

Sharing here a recent Interview on LIGHT LANGUAGE, The ‘Language of Creation’, with Bascha Meier from New Zealand, in relation to Source Constellation Work;

During a recent interview, Bascha was asked:

‘When did you first start speaking light language and what is it anyway?’

“Light language can be considered the language of creation and is a non-linear language that communicates through the speaker’s higher consciousness. This language is a mixture of ancient languages such as ancient Sumerian, Egyptian, pre-Maori/Polynesian, Baltic/Russian, Germanic, Mayan, Aztec, North American Indian, Chinese, Pygmy…My first experience with speaking light language came to me while sitting in a thermal pool in New Zealand across from a lady who started to communicate with me in this light language.

I somehow understood her even though I couldn’t really understand anything of what she said. I later learned that our soul totally resonates with and understands everything, our human mind doesn’t need to. I then responded, also in light language, for the first time in my life, with a great smile on my face and tears in my eyes. It felt like a coming home. Over time I started recording the light language transmissions as they are called, and understood more and more about light language activations, incorporating them into my work with clients.

Do you ever use light language during your work as a Constellation facilitator?

I also use light language with my special needs children, teenagers or young adults that I work with – especially the non-verbal autistic clients can be reached and communicated with through my speaking light language to them.

Each download, transmission or activation is totally unique for that person at that time, in that situation and carries with it a special frequency that the soul completely understands.

These ‘readings’ access the living library of light in the DNA.

Light language coding incorporates light frequencies that, by law of resonance, will help align to our highest soul potential. You can see it as a holographic projector that will stimulate the stuck energies of limiting belief systems to start moving, at the same time activating one’s light body to a higher density. In a way, it will gently push us where we need to go to become a thinking, speaking and acting expression of our highest consciousness… being Love in action.

My Personal Story and Experiences

How I became to speak light language myself, also to accept and embrace this particular soul contract ‘role’ and mission of being a Light Language Activator and Channel, sharing and teaching others.

Some 10 or 12 years ago, I never get stuck on exact dates unless they are of astrological significance, ….I was bathing in thermal pools which were part of a Top 10 Holiday Park outside of Tauranga, Bay of Plenty, New Zealand. My children were happily soaking, and I was there, reclined along the wall of the pool in my bikini…and a mother of other children swimming there started to approach me. She was also blond, blue eyed and in bikini – the only difference being she spoke with an Australian accent! We exchanged and chatted then there was a silence and she looked at me intently into my eyes and started speaking to me, in what I know now to be, Light Language. I held her gaze and effortlessly started to answer her – in light language, with total ease and as if I had been doing this for eons and eons…We said farewell to each other and never saw or heard from each other again. A divinely timed Act of Love.

This was my activation to Light Language…over the past few years it has become clear to me the why/when/what around my evolvement of speaking light language. It has to date become the sharpest,  most intense in a short time, healing tool that I share with my clients. Writing, recording of downloads and now art form of the crystalline codes has evolved out of this.

Often activation to light language ‘occurs’ simply being in the presence of a Light Language Activator and Channel, if it is meant to be it will happen.

In my understanding and personal experience and when working with others, ‘Spirit’ or ‘Source’ prepares us to become a Light Language Channel or activator. If it is in our soul destiny or pathway, it will happen.

Spirit may prepare us over a long period of time, for me it was over 6 years, of joining a choir, then singing lessons, singing in a band, energy healings that included ancestral clearing of my throat chakra blockages, past life remnants that needed clearing, working for 12 years as a Voice Professional, as a professional Interpreter, majoring in language studies during High School and Linguistics at University level. One could say it was predestined…?

If you find yourself starting to babble or make strange sounds or something comes out that you don’t understand… head under the shower or in the mirror and allow whatever sounds – give yourself permission – to release, express, whatever comes out of your mouth, knowing that a) it is healing for your throat chakra energy flow, will clear pathways to speaking your truth more clearly and from the heart space in resonance with what your soul desires.

Alternatively lie on your back raising your legs shifting your weight around the pelvis, like a baby and simply babble…babble babble…

If any sounds come to you release them , no judgement…roll and stretch however you wish….

It’s often a deep sense of coming home, often tears will flow or emotions arise, or bodily sensations, deep sighs, sense of calm and serenity that your physical body can fully relax into.

This preparatory ‘process’ may continue on as an organic awakening process for however long…there is no set time!!

Feeling okay about recording what is coming through and doing that over a period of time is a practical way to be able to go back and listen to the sounds and frequencies coming through, how they are perhaps shifting, changing or completely different from one recording to the other. It pays not to remain in a totally non-judgmental space around one’s freedom to express whatever is coming through.

For myself, I used to look upon this as a private ‘musical jam session’ or ‘Improv’ and as time goes on, you may wish to get together with like minded individuals that you feel you can trust, that like to play musical instruments, like guitar, drums, percussion, flute, piano..and then let everyone simply start an organic rhythm. Get into a groove and at some point you may find you feel confident to express some sounds, then allow those sounds to continue. If light language is indeed on your soul path, then the morphing into channeled light language will occur naturally without any preconceived ‘lyrics’ or plan in mind. Remembering that each download is unique, non-repeatable in nature and begins and ends as if a higher force is a) in charge of your intonation, volume and b) the start and finish of each ‘unique piece’. Have fun, be light hearted about this and enjoy the process. 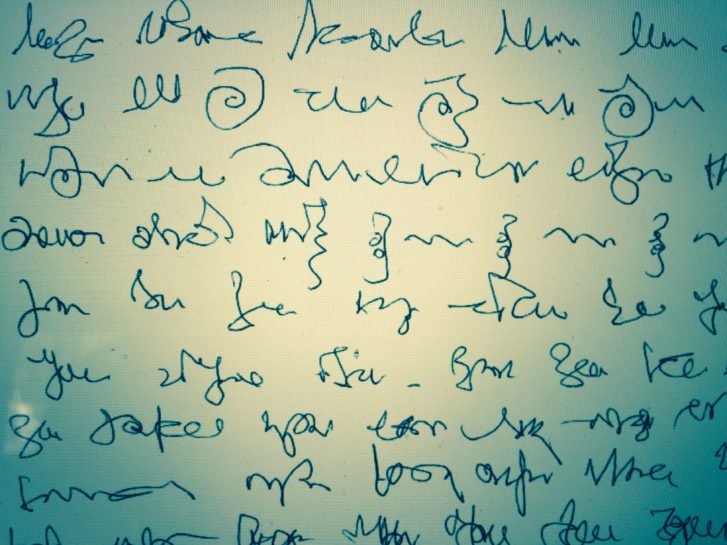