Monsanto Sued by Oakland for “Long-Standing Contamination” of SF Bay 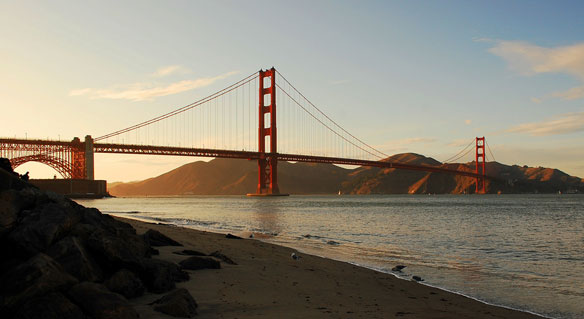 (Era of Wisdom) Oakland, California — The notorious chemical magnates of Monsanto, “The Big M,” are being sued by the city of Oakland because they “knowingly contaminated Oakland’s storm water and the San Francisco Bay with a highly toxic chemical for decades, a new lawsuit filed by the California city claims.”

“The State Water Resources Control Board determined that the presence of highly toxic polychlorinated biphenyl (PCBs) in Oakland’s storm water threatens the San Francisco Bay’s ecosystem and interferes with the bay’s use and enjoyment by Californians, the city said in a statement.”

Those notorious PCB’s are back again. PCB’s are known to cause cancer in animals and humans.

They have been found in San Francisco Bay fish, and several other spots throughout America where Monsanto and similar corporations disposed of waste.
According to the National Resources Defense Council–

“Many are unaware that bay fish are contaminated with a variety of toxic chemicals, including PCBs, dioxin, mercury, chlordane, DDT, and dieldrin. And little progress has been made to clean up the problem and educate the public.”

Monsanto is particularly well known for their 40 year contamination of Anniston, Alabama, a town that housed a Monsanto PCB manufacturing plant from 1929 to 1971.  The plant is actually still active, manufacturing different chemicals.

The landfills used to dispose of PCB waste adjacent to the Anniston plant were not the best place to dispose of the chemicals; they leaked into groundwater, and several people reportedly got cancer.

According to a 2002 NY Times article–

“Although a clear relationship between the chemicals and cancer has not been proved, residents of Anniston, a city of about 24,000 people 60 miles east of Birmingham, have said for years that their cancer rate is abnormally high.”

The multitasking magnates of Monsanto seem to be embroiled in varying legal battles every day.

Meanwhile in India, Monsanto is simultaneously suing poor seed retailers in the midst of a suicide epidemic. This is a crisis with direct correlation to the Monsanto influenced rise of Bt cotton in India, post de-regulation of GM technology in the country, also influenced by Monsanto’s legal machine.

According to an Era of Wisdom article–

“India’s dependency on agriculture, coupled with farming problems tied to a rising tide of BT seeds that put farmers in debt, are the factors that have influenced thousands of farmer suicides in recent years.

Farmer/agricultural laborer suicides have increased in the last several years, with an estimated 12,360 having committed suicide in 2014. Debt was cited in a study as one of the leading factors contributing to suicide.

In April, a farmer committed suicide at a protest against “land acquisition” by the government, and left a mark on the minds of many around the world.”

Monsanto is suing people in India who can’t afford to pay them back, perhaps because the crops failed and the seeds put them into debt, maybe because the seeds are expensive and some of the farmers feel trapped into buying them to make money and survive. It’s a multifaceted situation that requires insight into India’s poverty and social climate to fully understand.

Just imagine trying to comprehend all of Monsanto’s ongoing legal battles at any given time.

Please share this with as many people as possible, and if you feel so inclined take a look into Monsanto’s history.