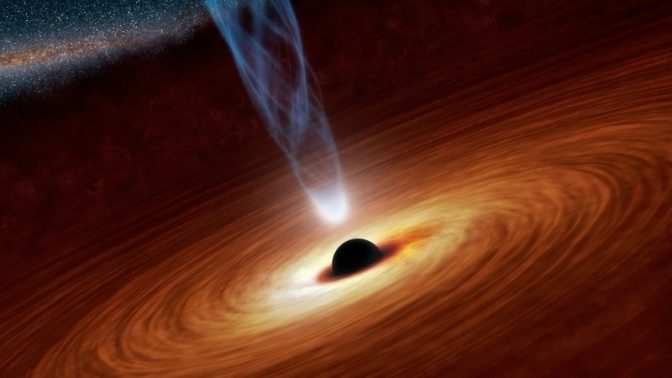 (Era of Wisdom) The Universe— Have you ever thought about what a black hole sounds like? You may not have even considered what a black hole looks like, but if you want to know how it sounds, it sounds quite, well…. “epic”. Scientists compare the sound to static, but it sounds like something you would hear while playing Diablo II, mixed with the sound of a torch or intense flame. The higher pitched it is, the more like static it sounds.

Scientists from the Max Planck Institute in Germany looked at flickering emissions of light coming from black holes, galactic nuclei, white dwarfs, accretion disks, and all kinds of astronomical phenomena.

Then, they figured out how to convert the light into sound, and re-create an actual audio file that accurately depicts the sound you would hear if you could listen to a black hole.

Listen to the sound of a black hole below.

According to Space.com: “Using observations from NASA’s Kepler space telescope, ground-based instruments and the European Space Agency’s XMM-Newton satellite, the scientists found it’s possible to turn the flickering into sound.”

A scientist working on the project told Space.com “It’s something I always wanted to try and do.”

“This project gave me a good excuse to give it a try. For me, it’s the obvious way to explain this research…I can show it’s a different type of noise,” continued Simone Scaringi, a postdoctoral researcher at the Max Planck Institute.