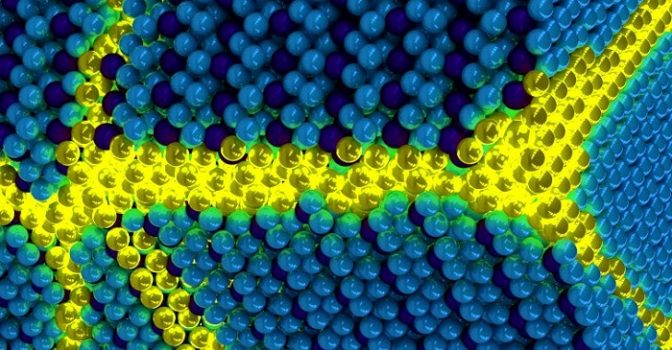 (ANTIMEDIA) — It’s not every day that scientists discover an entirely new form of matter, especially one that could have far-reaching applications in both quantum mechanics and future technologies. But researchers at the University of Illinois claim to have done just that, confirming the existence of a long-theorized composite boson particle called ‘excitonium.’

The exotic matter in question displays macroscopic quantum phenomena similar to that of a superconductor, or superfluid, or insulating electronic crystal. Researchers led by Professor of Physics Peter Abbamonte and graduate students Anshul Kogar and Mindy Rak say new experimental tools allowed them to discover a “smoking gun” in the form of a soft plasmon phase, the first ever evidence for ‘excitonium,’ which was first theorized almost 50 years ago.

Scientists hunted for this strange new form of matter for decades but were not able to differentiate it from a Peierls phase, which shares a similar symmetry and superlattice. In order to pin ‘excitonium’ down, the researchers developed an entirely new technique called momentum-resolved electron energy-loss spectroscopy (M-EELS). With this technique, the scientists studied non-doped crystals of the transition metal dichalcogenide titanium diselenide (1T-TiSe2).

What they observed was the soft plasmon phase of the metal reaching a critical temperature, and it was at this point that they were able to determine that ‘excitonium’ consists of special particles made up of escaped electrons and the gap left in their absence. This positively charged exciton particle is a composite of the escaped electron and the hole left behind it.

“This result is of cosmic significance,” explained lead researcher Peter Abbamonte. “Ever since the term ‘excitonium’ was coined in the 1960s by Harvard theoretical physicist Bert Halperin, physicists have sought to demonstrate its existence. Theorists have debated whether it would be an insulator, a perfect conductor, or a superfluid—with some convincing arguments on all sides. Since the 1970s, many experimentalists have published evidence of the existence of excitonium, but their findings weren’t definitive proof and could equally have been explained by a conventional structural phase transition.”

The team reproduced their results on a variety of cleaved crystals and published their findings in the journal Science. They say the surprising discovery reveals yet another example of the mysterious world of quantum mechanics. In the future, the superconductive and superfluid qualities of ‘excitonium’ could aid in the development of advanced technologies. Supermaterials like metallic microlattice, thermoelectric materials, metamaterials, carbon nanotubes, graphene, airloy, and others could fuel a revolution in manufacturing.