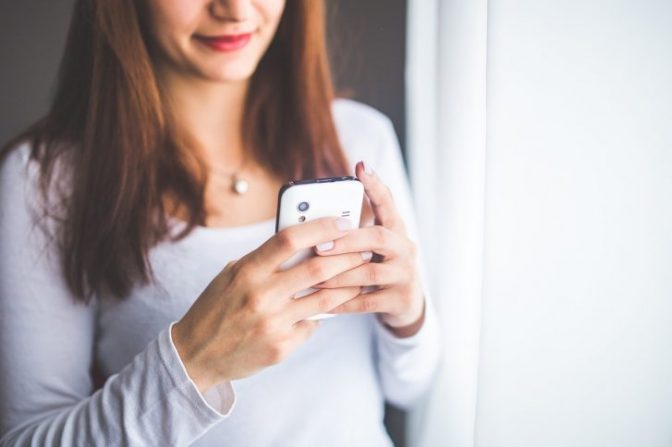 (NaturalHealth365) There has been a growing concern over smartphone usage and the levels of artificial EMFs (electromagnetic frequencies) they emit. Many scientists and integrative healthcare providers clearly warn us that these frequency vibrations alter brainwaves – as well as the function of our cells plus emotional well-being.

Now, new data out of Korea University in Seoul, South Korea and presented by the Radiological Society of North America shows that the overuse of smartphones and the internet is creating a chemical imbalance in the brain that leads to anxiety and depression within the user.

A Pew Research Center study has found that 46 percent of Americans believe they “could not live” without a smartphone. For many of us, the convenience of a smartphone for accessing the internet and staying in touch with the latest news and social media posts is a way of life.

However, there’s growing concern that people – young people in particular – are spending far too much time interfacing with their phones rather than other human beings. This calls into question what the short and long-term effects of a smartphone lifestyle will do to future generations.

The Korea University in Seoul researchers used magnetic resonance spectroscopy, a type of MRI for the brain, to study teenagers with a professed addiction to smartphones and the internet.

Nineteen male smartphone users with an average age of around 15.5 were studied, as well as a control group of an additional 19 males without smartphone addiction. Of the 19 addicted males, 12 received cognitive behavioral therapy for 9 weeks. The therapy was modified from a therapy program administered for online gaming addictions.

Standardized tests related to technology addiction were used to determine the severity in each user. Responses regarding the impact of smartphone use on social life, daily routines, sleep, productivity and feelings were assessed.

It was found that addicted teenagers had much higher levels of anxiety, depression and insomnia.  The magnetic resonance spectroscopy testing showed that GABA levels were significantly increased in the addicted persons versus Glx.

And, just to be clear, GABA is a brain neurotransmitter that regulates brain signals, and Glx causes excitability in the neurons. This imbalance correlates closely with anxiety, depression and addictive behavior patterns.

However, the addicted teenagers who received cognitive therapy showed a marked improvement in their GABA to Glx ratios. In some cases, their brains normalized completely.

Limit smartphone use in your family for better health

We know – based on good science – that smartphone use has been linked with a higher risk of brain cancer and heart tumors, according to a U.S. National Toxicology Program study. It should be noted that children’s brains can absorb up to 10 times as much EMF pollution as adults, putting them at a far higher risk for the dangers of EMF exposure from technology.

Bottom line: the younger the child, the higher the risk.

If you must use your smartphone, use a hands-free device for listening to audio or speaking on the phone. Limit (or ban) your children’s use of a smartphone. Turn the phone off when not in use and don’t ever sleep with it next to your bedside.

Encourage your children to take breaks from their phones and the internet and play outside for a change! Time in nature does everyone good and will always help to offset the effects of EMF exposure.