Starbucks Cups: Was This Purposeful or Accidentally Manufactured Outrage? 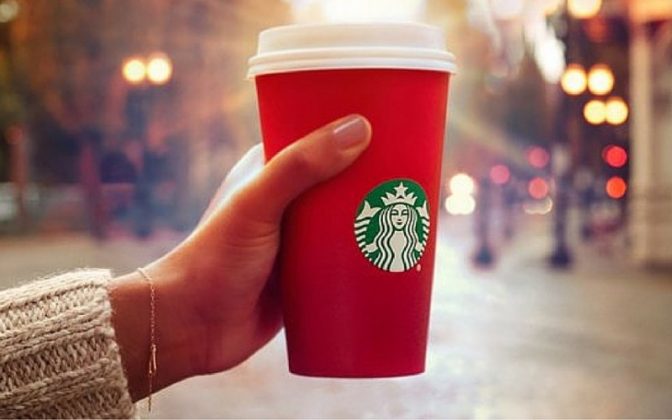 Can anybody point me in the direction of one of these illusory “butthurt Christians?” Someone who was actually pissed about the Starbucks cups before the story came out?

Here’s what appears to be the original article about the cups, published on November 7.

It’s from a website called distractify. When a link is posted it says beneath the headline “Yes, this is real.”

Let’s dig into this with some critical thinking. Search #redcups on twitter, and see what you find. Where are the tweets in the article with the hashtag #redcups from November 5?

On November 3, people are excited that their red cups mark the start of the holiday season. The only complaints I see is that the red cups came out before Thanksgiving.

Later that day, Sentibotr tweets a poll that there is 0% negative reaction to the red cups.

Jump to November 8. There are no posts from angry Christians. Just Maddy French and AlanManningChambers complaining about the “Butthurt Christians.”

Anywhere you see those red cups you can expect to see dozens of comments; everyone wants to say something exceptionally different and creative about the Starbucks cups. In fact, though this article comes at it from a different perspective, its still participating in the viral event. Is it best to seize a viral event and add your angle, or to leave it alone?

Is it really that easy to divide people? One could imagine men in business suits sitting in a room somewhere laughing very hard right now at how impressionable and easily duped people are.

Can a person publish an article, “People become conscious, care about things that matter, and change the world,” and get the same results?