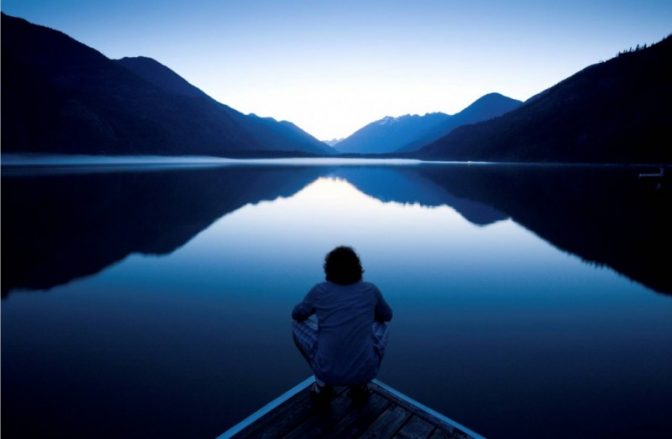 Rachel was a freelance writer for newspapers and magazines. She had a great thirst for knowledge and the unknown, and yearned to propel herself forward both professionally and personally.

She felt there was something else she was supposed to be doing, yet she found herself “stuck” repeating the same toxic relationship patterns. As with so many people, a deep-rooted, subconscious fear was keeping her from moving forward in life, a knowing that had led her to the most unusual of places.

She found herself lying back in a comfy recliner chair, in the deepest of hypnotic states, in front of the world’s most renowned past-life regression therapists, Dolores Cannon.

But Rachel wasn’t really “there” per say. Physically, yes, but her awareness was somewhere else. Through Cannon’s well-known and long-perfected hypnosis technique, Rachel had regressed far back through millennia to a lifetime rooted somewhere on ancient Earth. Cannon was communicating with Rachel’s higher self.

Rachel’s subconscious voice described what she was seeing:

“There are big columns on either side, I’m looking out onto the water… there are many people.. dressed like servants…”

But Rachel could see that she was unlike these servants. She was dressed like royalty, gold jewelry and all, hair eloquently pinned on top of her head. She was young, and held feelings of resistance towards her life and duties as a royal.

Dolores crept in, “Why do you have to attend these things?“

“I’m part of the royal family, I have to. They think we are gods, but we are not. They don’t understand, we share alien blood.”

“What do you mean?” Dolores asked.

“We [royalty] know more, we have more technology, it’s the bloodline between the aliens and the humans. Not many know the truth, but a long time ago, the aliens chose some to rule in their absence. And they mated with my ancestors.”

Dolores was very intrigued. She asked, “Were they ruling in the beginning?“

“Yes, they controlled the humans, but they haven’t been with us for centuries now.”

“And they chose certain humans to rule in their absence? Were they good rulers?“

“No,” Rachel said. “They used the humans as slaves. They considered the humans to be sub-creatures, almost like an animal, but a little bit better.“

“Do you know why they came here in the first place?“

“There was something in the Earth, some minerals, something that they needed. The humans had no power. They were like slaves. They used them to help get the minerals. And then to grow the food, and to take care of them. And they have left.“

“And that is why they chose certain people to – what’s the word – interbreed with?” Dolores asked.

“They mated with the humans. And then these offspring were chosen to rule in their absence. There was conflict on their home planet. There were wars. They had to leave,” Rachel explained.

“I was just wondering what caused the wars. What did the other groups want?“

“Control of galaxies. The history goes back so far. Whole races, worlds destroyed, but always survivors that went to other places and then took over there. And then it started over again – more warfare. And the people of this planet, they think we’re gods or descendants of gods,” Rachel’s subconscious voice explained.

“But your ancestors had to leave because of the wars?“

“They were forced to leave, they lost. The winners made them leave. We’re now an experiment. They’re watching. They’re protecting. They’re not letting any more interference to occur.”

“Why do you call it an experiment?” Dolores asked.

“We’re a mixture of many races, but mainly the original race. The original ones who used the humans. The winners stopped the continuation of the experiments. [Now] they’re watching to see what happens.“

“So they didn’t like it when the other ones came in and did negative things?“

Rachel’s subconscious went on to describe how she felt alone in this lifetime. The bloodline had given her unique gifts, psychic abilities, seen as immense power during that time. But there was an ongoing struggle for power among the people. Others with bad intentions were manipulating people with these gifts for their own benefit. Rachel told Dolores that she was being targeted by these power-hungry people.

Sadly, Rachel describes how she ultimately decided to end her own life in that particular lifetime, jumping from her balcony and falling to a rocky surface.

As with any past-life session, Dolores asked Rachel’s subconscious why she was shown that specific lifetime, to which she explained that Rachel has carried over an inability to trust and open up to others because of how she was used and taken advantage of in that lifetime.

Fear had become a forerunner in Rachel’s life, keeping her stagnated in toxic relationships, keeping her from attaining her full potential.

But by discovering where these emotional blocks stem from, Rachel was able to release them from her current life, helping her to move forward. “She can no longer be controlled,” Rachel’s subconscious concluded.

The Search For Hidden, Sacred Knowledge; Ozark Mountain Publishing. The book paints an incredible picture of human history and reincarnation, all while showcasing the incredible healing power of regressive hypnotic therapy.

The previous account comes from Dolores’s latest book, The Search for Hidden, Sacred Knowledge, a collection of various client past-life regression sessions that paint an incredible picture of human history and the concept of reincarnation.

This concept, a central tenet in many Eastern philosophies and religions, describes a grand cycle in which our soul, the eternal core aspect of our self, never really “dies” in conventional terms. Rather, the soul continues on after death in one lifetime, eventually replanting itself into a new physicality thereon after.

But sometimes, traumas that have not been addressed in one lifetime are so painful and severe that they leave an imprint onto the soul, energetically carrying over into the next life, manifesting in numerous ways. This is where Dolores’s regressive hypnosis therapy comes into play.

Dolores’s Quantum Hypnosis Technique, a powerful hypnosis method now taught around the globe, has the remarkable ability to tap into the subconscious mind, inducing the deepest of trance-like states, while helping people navigate through traumas and memories sealed in the furthest corners of their psyche. Once a client is shown where these certain traumas stem from, such as from a past life, they are then able to purge these blockages, helping them to move forward from issues in their current lifetime.

The experiences described from her client sessions are fantastical no doubt, yet they always find a way to spark a latent curiosity in her readers, or perhaps even a latent “knowing” that these experiences reveal unspoken truths regarding mankind’s existence in a vastly convoluted universe.

While skeptics are quick to denote her books as incredible works of fiction, the thousands of people who’ve worked with Dolores in hypnotic sessions tell a different story. Here is what Dolores had to say about skeptics in a previous interview with The Edge:

“There’s no way on Earth I could make this stuff up. I have [17] books out there now, and all of it has come through the cases I have worked on with the average person just walking in off the street. I did not know these people until they came through the door of my office, from every walk of life you can imagine: CEOs of companies, professors of colleges, priests, shamans, and many ordinary people. I have not found anyone who has not had a past life. When I began writing The Convoluted Universe series, I wondered if anybody out there would be able to understand it, because I said that book is for people who want their minds bent like pretzels. People when they read it say, ‘I know this and I don’t know how I know it, but I know it and I know it’s true.’”

Her numerous books explore such fascinating topics as past lives, extra-terrestrials, life on other planets, energy healing, famous historic figures such as Nostradamus and Jesus, abductions, and much more.

The Search For Hidden, Sacred Knowledge may challenge materialist scientific dogmas, specifically with regards to the concept of past-lives and reincarnation, however what can’t be refuted is the myriad of anecdotal accounts of people’s lives that have been changed for the better due to regressive hypnotic therapy. The book evokes wondrous questions about man’s purpose and journey in the universe, but beyond all else, provides a breathtaking visualization and look into our spiritual nature.

If you are ready to have your mind blown, check out Dolores’s book, The Search For Hidden, Sacred Knowledge.

This article is dedicated to the work of a woman who changed my life, who made the transition from this world on October 18, 2014. May your work continue to inspire and impact the lives of so many people.